PennDOT to Begin Project to Improve Delaware, Allegheny, Castor Avenues at I-95 Interchange in Philadelphia

March 23, 2021 – The Pennsylvania Department of Transportation (PennDOT) announced today that construction will begin on Monday, March 29, on a project to reconstruct sections of Delaware, Allegheny, and Castor avenues in Philadelphia to improve traffic movement on surface streets at the Interstate 95 Allegheny Avenue/Castor Avenue Interchange.

Occasional single lane closures on Mondays through Fridays, from 7:00 AM to 3:00 PM, maybe in place on each of the affected avenues during the initial operations. Reconstruction activities are anticipated to begin in mid-April on Castor Avenue east of Richmond Street.

James J. Anderson Construction of Philadelphia is general contractor on the $31,245,910 project that is financed with 100 percent federal funds. The entire project is expected to be completed by late 2022.

Section AF2 is the second phase of surface street improvements for PennDOT’s larger I-95/AFC project to reconstruct I-95 between the Frankford Creek and Allegheny Avenue. The first phase (Section AF1), completed in late 2020, reconstructed and improved Richmond Street between Ann Street and Westmoreland Street.

In addition to improving traffic movement on surface streets serving the interchange, the I-95/AFC project will reconstruct and improve 1.5 miles of I-95 and its structures from just south of the Betsy Ross Bridge Interchange to just north of Allegheny Avenue (Clearfield Street) and reconfigure the Castor Avenue ramps. Those projects — Sections AF3 and AF4 — remain under design and are tentatively scheduled for construction in 2024 (AF3) and 2028 (AF4). 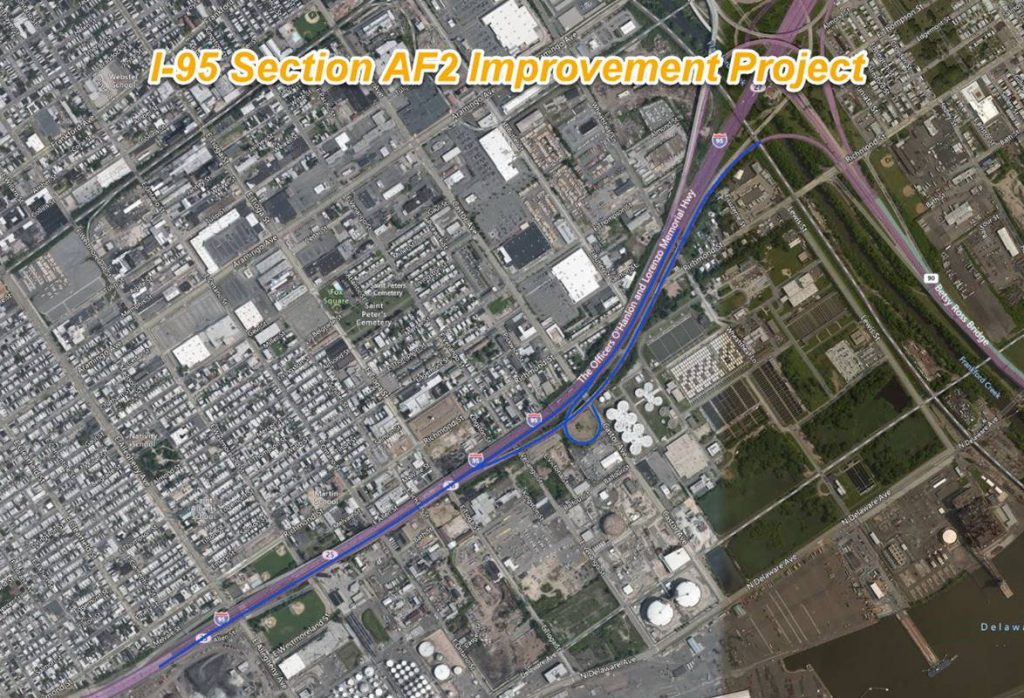