Demolition, Reconstruction Continue on Southbound Side at Girard Avenue

January 16, 2020 — Reconstruction of the southbound side of Interstate 95 at the Girard Avenue exit in Philadelphia continues this winter across a busy interchange area as crews take down the remnants of the old southbound viaduct and methodically build the new one. 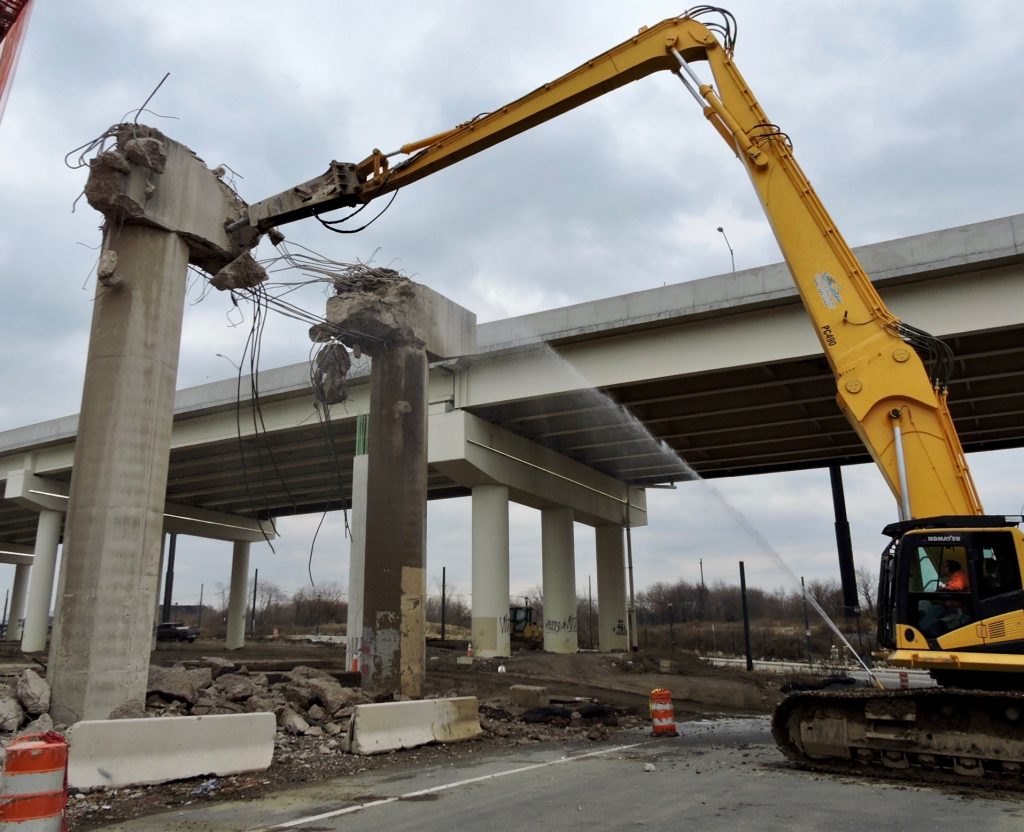 The concrete deck is in place on numerous sections at the southern half of the mile-long structure. Workers began pouring concrete deck slabs for four new southbound lanes in mid-2019, with work progressing north starting at Palmer Street in Fishtown. 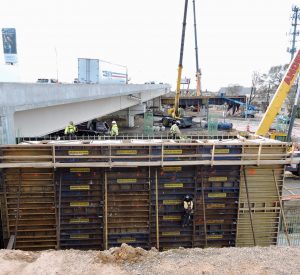 Meanwhile, crews continue dismantling the deck, parapets, piers and columns that comprised the old viaduct, moving north-to-south beginning at Ann Street in Port Richmond. Following at the heels of demolition are workers building the new viaduct’s northern abutment along with numerous columns and piers that will support the new structure and the new southbound off-ramp.

The at-grade section of southbound I-95 concrete pavement from just south of the Allegheny Avenue interchange to the start of the viaduct at Ann Street also is being rebuilt. 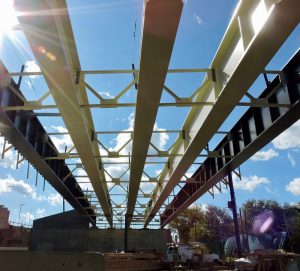 Related construction to widen Aramingo Avenue approaching the bridge and ramp beginning at York Street also continues. These improvements will be tied-in to the other improvements to surface streets in the interchange area.

Installation of the project’s stormwater management system of pipes and inlets also continues across the work area. 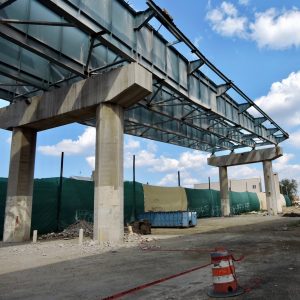 Construction of the new southbound viaduct is expected to continue through 2021. The new structure will provide four southbound through lanes as well as a continuous on-off lane that will run between the Allegheny Avenue on-ramp and the Aramingo Avenue on-ramp at the Girard Avenue interchange.

During the later stages of construction on the GR4 contract, noise barrier walls will be erected atop parapets on southbound I-95 from Indiana Avenue to Palmer Street and along the on-ramp from Aramingo Avenue to southbound I-95. The GR4 contract also includes installation of Intelligent Transportation Systems (ITS) components that are currently under construction at various locations across the region (on I-95, U.S. 1 and U.S. 322) that will assist PennDOT and the City of Philadelphia with traffic and incident management on the region’s highways. 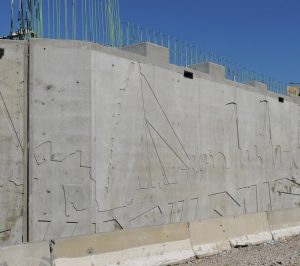 New sidewalks have been built on Aramingo Avenue Avenue between York and Cumberland streets; pedestrian-friendly LED lighting will be installed under sections of the new southbound and northbound viaducts; a multi-use trail will be built beneath and adjacent to the interstate; thematic form liners are being used to decorate wall surfaces on the viaduct’s abutments; and a park with expansive stormwater management features will be constructed within the interchange and beneath I-95.