January 2019 – Construction to replace the southbound lanes of Interstate 95 between Columbia and Allegheny avenues (Section GR4) is underway with crews focused this winter on reconstruction at the southern half of the old southbound viaduct that supported I-95 between Palmer Street in Fishtown and Ann Street in Port Richmond. 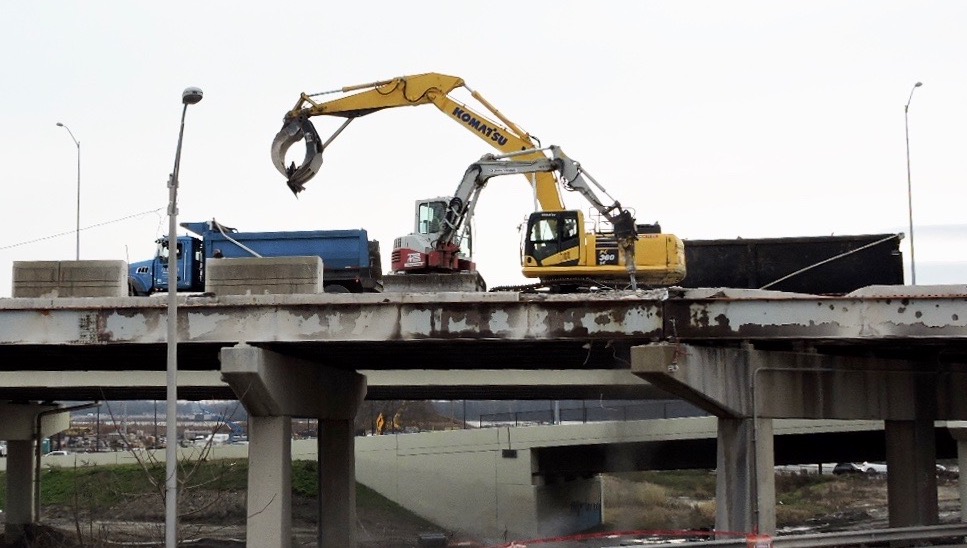 Three lanes of southbound traffic were shifted onto the rebuilt northbound lanes near Allegheny Avenue in late 2018, removing traffic from much of the viaduct, although a section of the structure remains in place for continued access to the off-ramp. 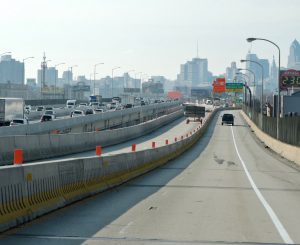 Southbound I-95 traffic heading for the Girard Avenue Interchange is exiting the interstate by using a dedicated ramp lane on the old viaduct until this fall (left), when the off-ramp will be closed for reconstruction as part of the replacement of the northern half of the viaduct. The Girard Avenue on-ramp to southbound I-95 from Aramingo Avenue will remain open during the entirety of GR4 construction.

Crews have taken down the old superstructure at the southern end between Ann Street and Cumberland Street, cutting the concrete deck into manageable segments and trucking it to a disposal site at ground level. Workers will continue taking down the support piers for this section of the structure and continue building support columns for the new structure this winter (top photo). 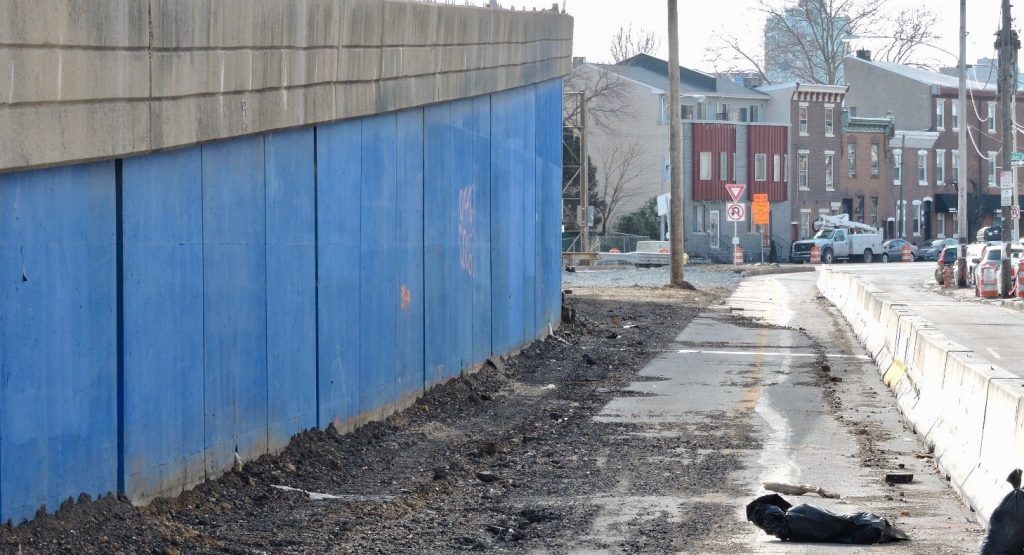 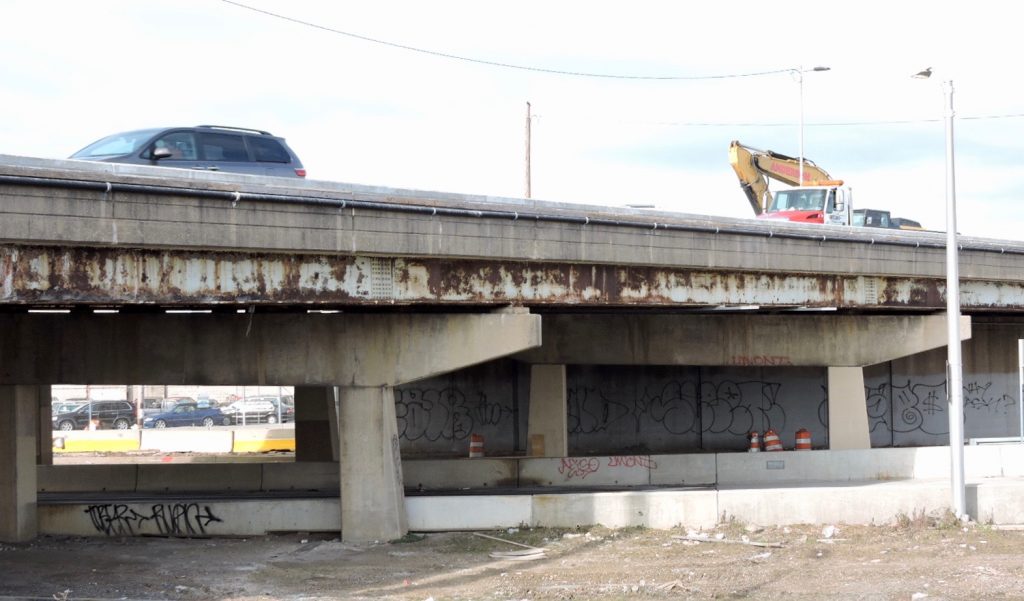 Construction also is underway to reconstruct the retaining wall that supports the embankment for the southbound Aramingo Avenue bridge over Girard Avenue to Delaware Avenue and the adjacent southbound on-ramp (above), both of which are being replaced. 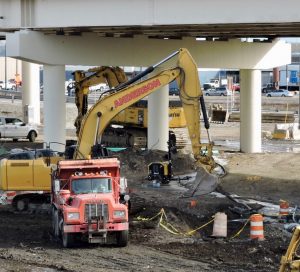 In addition, crews continue installing the project’s stormwater management system of pipes and inlets across the sprawling work area (left).

Building the new southbound viaduct is expected to continue through 2021 at a construction cost of $312 million. The new structure will provide four southbound through lanes as well as a continuous on-off lane that will run between the Allegheny Avenue on-ramp and the Aramingo Avenue on-ramp at the Girard Avenue Interchange. 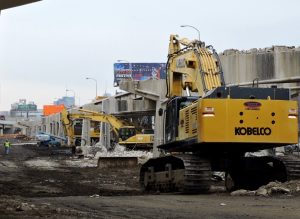 Other improvements under the GR4 project include reconstruction of the southbound I-95 pavement from the Allegheny Avenue south, and construction of noise barrier walls along southbound I-95 from Indiana Avenue to Palmer Street and along the southbound on-ramp from Aramingo Avenue. The project also includes installation of Intelligent Transportation Systems (ITS) components along I-95, U.S. 1 and U.S. 322 that will assist PennDOT and the City of Philadelphia with traffic and incident management on the region’s highways.

New sidewalks will be built on Aramingo Avenue Avenue between York and Cumberland streets; pedestrian-friendly LED lighting will be installed under sections of the new southbound and northbound viaducts; a multi-use trail will be built beneath and adjacent to the interstate; thematic form liners will be used to decorate wall surfaces on the viaduct’s abutments (above); and an expansive storm water management park will be constructed within the interchange and beneath I-95.