April 2018 – Crews have removed the remaining segments of the old northbound viaduct and are now setting the last of the structural components and building the pavement for the inside section of the new viaduct between Ann and Palmer streets in Philadelphia. 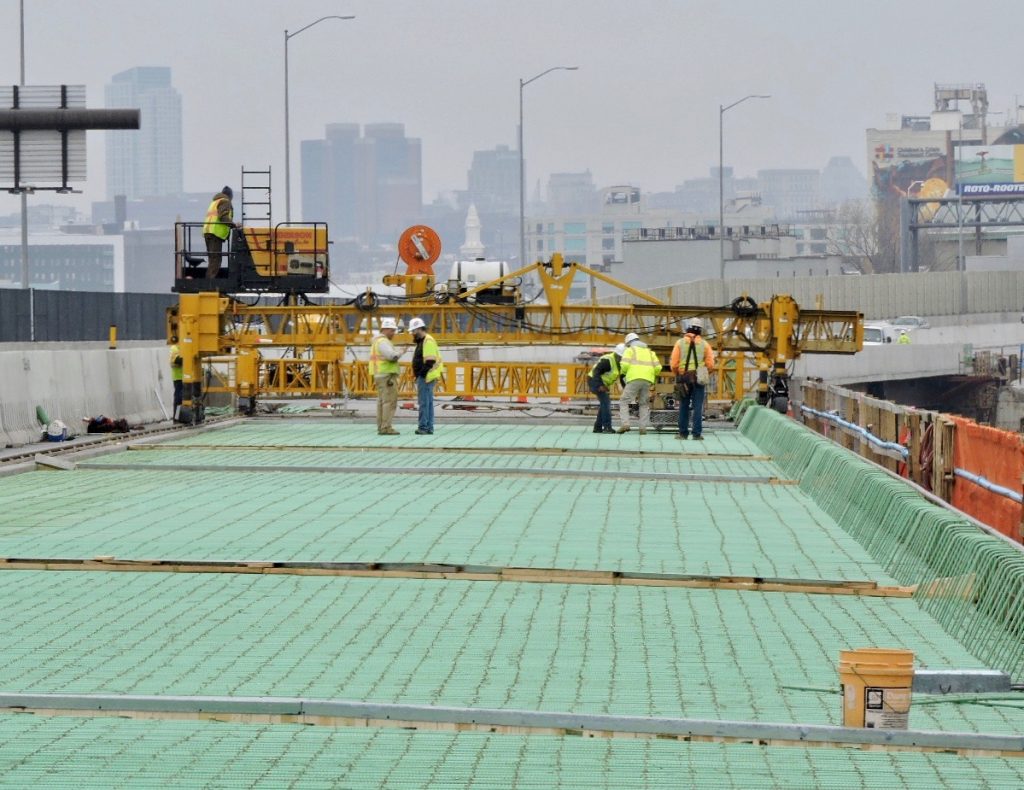 Construction to complete the northbound viaduct will continue for much of 2018 under the $212 million GR3 contract that began in 2014. When the new viaduct is finished later this year, PennDOT will place a construction barrier down the center of the new northbound lanes, dividing the structure temporarily into six lanes, and shift three lanes of southbound traffic onto the northbound side from Allegheny Avenue through the Girard Interchange. The southbound off-ramp also will remain open until fall 2019, when it will be closed for reconstruction. 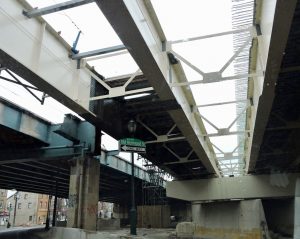 Work will then get underway to dismantle the existing southbound viaduct between Ann and Palmer streets, and eventually the off-ramp structure.  This process will continue through much of 2019. Demolition crews will cut and remove sections of the old concrete pavement by truck, dismantle the viaduct’s structural components, and take down its support piers. A new southbound viaduct will then be built in its place.

This summer, advance construction on foundations for piers to support the new viaduct will get underway.

PennDOT has designed the GR4 project to utilize construction practices and materials that are designed to reduce the negative impacts of reconstruction on the neighborhoods that abut the interstate.  In addition to continuing the use of water trucks to control dust. 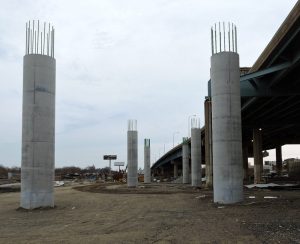 PennDOT also has specified the use of “micro-piles” in the construction of the new viaduct through residential areas. The “micro-pile” process involves drilling a number of small diameter shafts into the bedrock and inserting and grouting steel rods into the shafts that then support poured concrete pier foundations in the comparatively-soggy subsoil of the Philadelphia waterfront. The “micro-pile” process is slower but less noisy than that of hammer driven piles.

Over the ensuing four-plus years, crews then will build the new viaduct’s support piers and eventually setting the steel and concrete beams that will carry four southbound travel lanes and a fifth continuous on-off lane over the Port Richmond and Fishtown neighborhoods between the Allegheny Avenue and Girard Avenue interchanges. New southbound on and off-ramps also will be built. 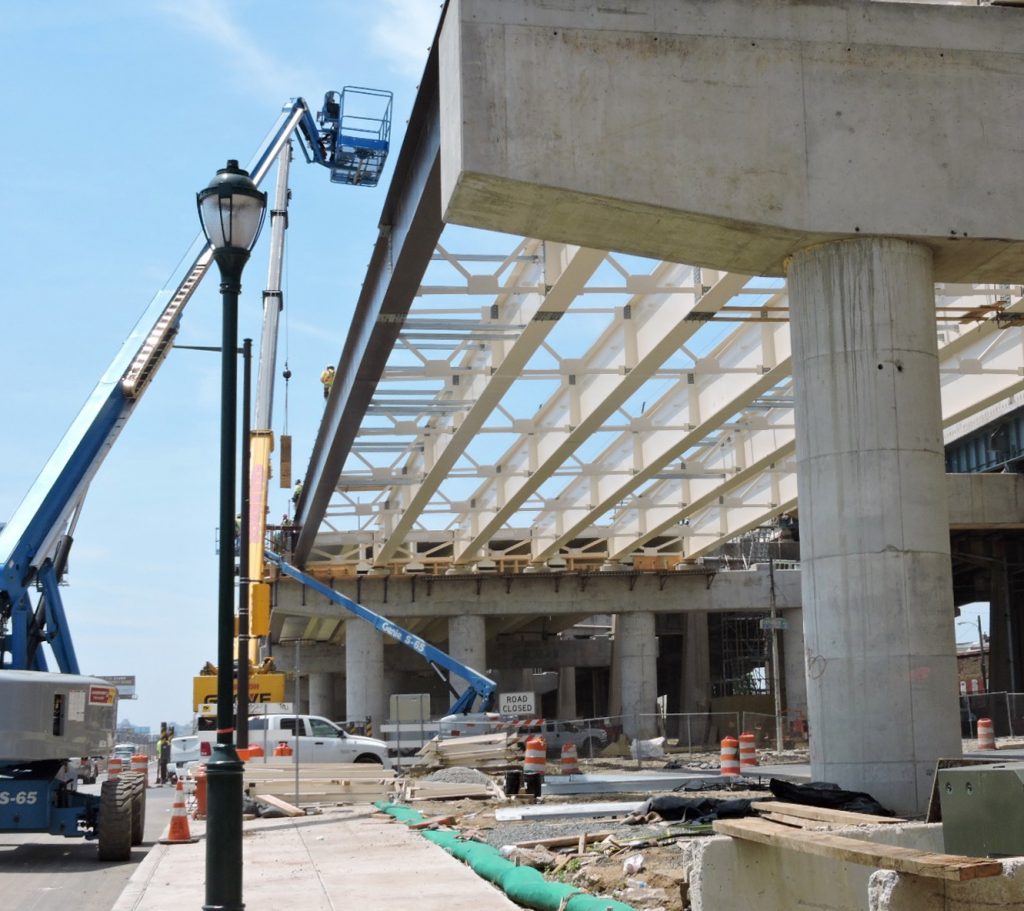 Construction of the new viaduct will consume the lion’s share of the $312 million GR4 contract to reconstruct and improve southbound I-95 from north of Ann Street to south of Columbia Avenue. The new and improved southbound I-95 will connect to a 1,200 foot-segment of I-95 that was reconstructed in 2013-2015 under the $39.3 million GR2 contract.

Widening and rebuilding Delaware Avenue between Columbia Avenue and Aramingo Avenue is nearing completion. New southbound lanes on Delaware Avenue remain under construction in this area. Traffic will be shifted onto the new lanes later this spring. 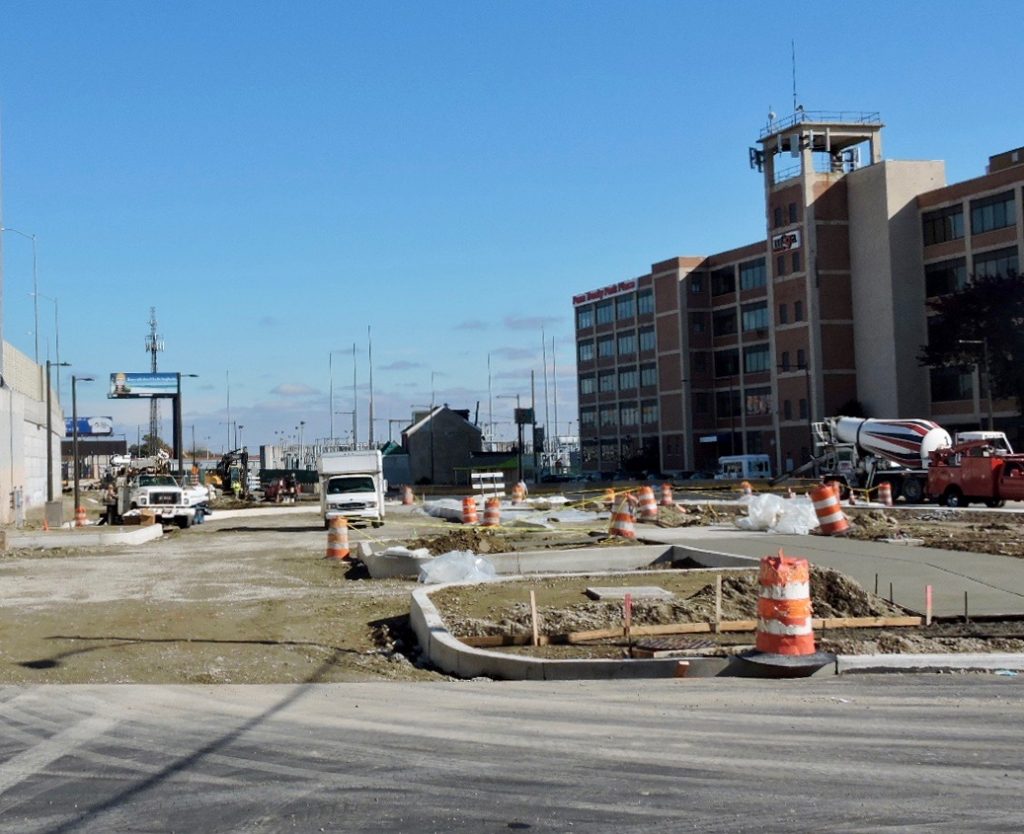 PennDOT is improving this section of Delaware Avenue to aid the movement of traffic to and from the new northbound interchange on Richmond Street and the new southbound interchange that will be built during the next phase of the Girard Avenue Interchange project.

Ongoing coordination with community groups through the I-95 Sustainable Action Committee (SAC) during the project’s design phase has resulted in numerous quality-of-life improvements for those living near the interstate. GR4 construction will include installation of pedestrian-friendly LED underpass and understructure lighting; construction of a multi-use trail beneath and adjacent to the interstate; thematic form liners on structure wall surfaces; opportunities for public parking and open spaces beneath the interstate; and creation of an extensive storm water management park within the interchange and beneath I-95. 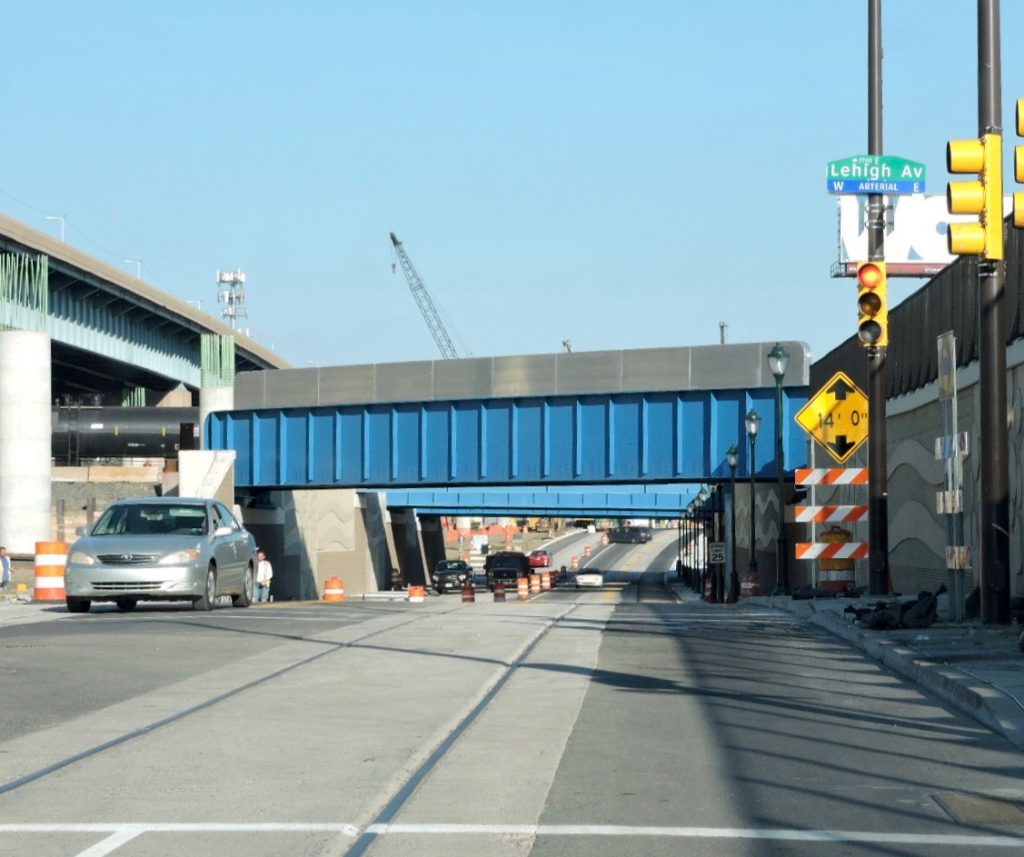 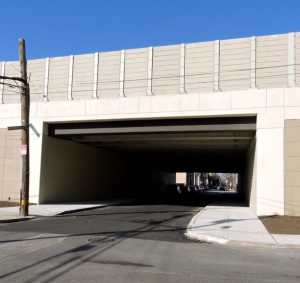 Earlier completed I-95 improvements south of Palmer Street also included installation of noise walls and replacement of I-95 bridges over Columbia Avenue, Marlborough Street (right) and Shackamaxon Street. The new bridges have decorative walls and LED (Light
Emitting Diode) lighting. Special landscaped areas also were planted along Richmond Street adjacent to I-95. These quality of life enhancements were the result of interactions between PennDOT and community groups represented on the I-95 Sustainable Actions Committee (SAC).