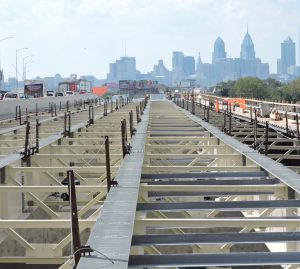 October 14, 2019 — Demolition and reconstruction of the southbound Interstate 95 viaduct and adjacent off-ramp continue this fall along with other related work at the Girard Avenue Interchange.

New deck beams (right) are in place on the southern half of the viaduct — where demolition of the old structure and construction of new support piers began in late 2019 — from approximately Cumberland Street to Palmer Street. Crews began pouring sections of the new concrete deck at the southern end of the new viaduct in late summer and will progress north over the coming months. 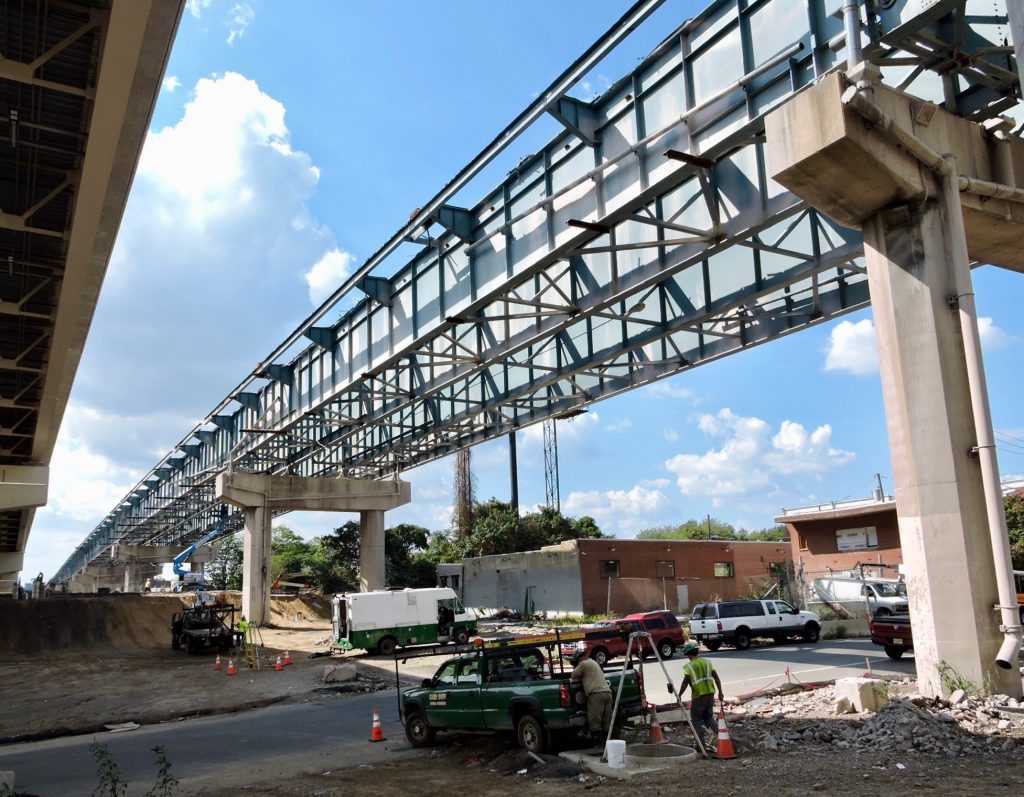 Construction also is underway to remove and replace the at-grade section of southbound I-95 concrete pavement from just south of the Allegheny Avenue interchange to the start of the viaduct at Ann Street. Work also continues across the interchange work are to install the project’s stormwater management system of pipes and inlets. 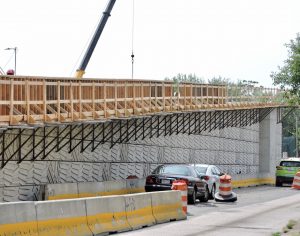 A new retaining wall for the bridge remains under construction along the westbound Aramingo Avenue spur that connects with Girard Avenue.

Related construction to widen Aramingo Avenue approaching the bridge and ramp beginning at York Street also continues. These improvements will be tied-in to the other improvements to surface streets in the interchange area. 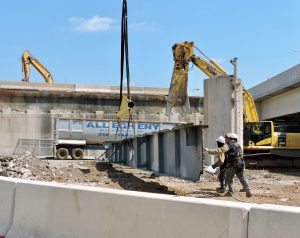 During the later stages of construction on the GR4 contract, noise barrier walls will be erected atop parapets on southbound I-95 from Indiana Avenue to Palmer Street and along the on-ramp from Aramingo Avenue to southbound I-95. The GR4 contract also includes installation of Intelligent Transportation Systems (ITS) components that are currently under construction at various locations across the region (on I-95, U.S. 1 and U.S. 322) that will assist PennDOT and the City of Philadelphia with traffic and incident management on the region’s highways.

PennDOT is investing a significant share of the GR4 contract on improvements to Aramingo Avenue in the vicinity of the interchange and upgrading the areas adjacent to and beneath I-95. 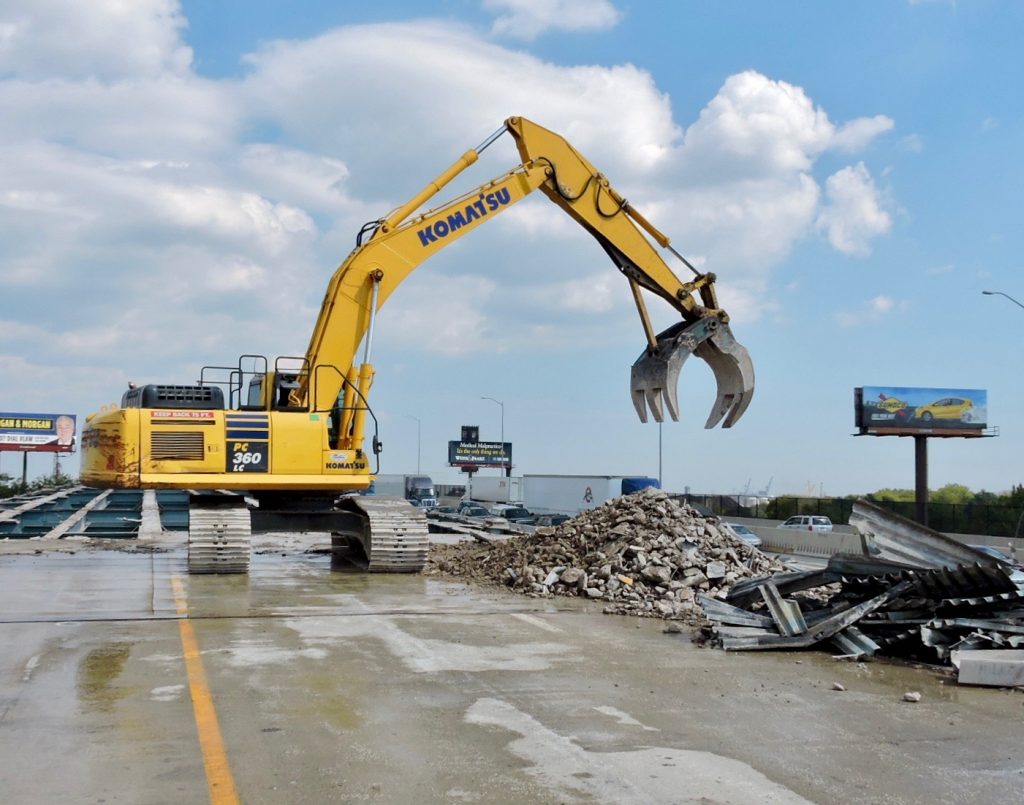 New sidewalks will be built on Aramingo Avenue between York and Cumberland streets; pedestrian-friendly LED lighting will be installed under sections of the new southbound and northbound viaducts; a multi-use trail will be built beneath and adjacent to the interstate; thematic form lines will be used to decorate wall surfaces on the viaduct’s abutments; and a park with expansive stormwater management features will be constructed within the interchange and beneath I-95.