January 12, 2021 – Construction at the Interstate 95 Girard Avenue Interchange continued to progress over the fall months with most of the southbound viaduct’s deck beams now set and placement of the viaduct’s deck steel underway as conditions permit in preparation for concrete deck placement to resume in the spring. 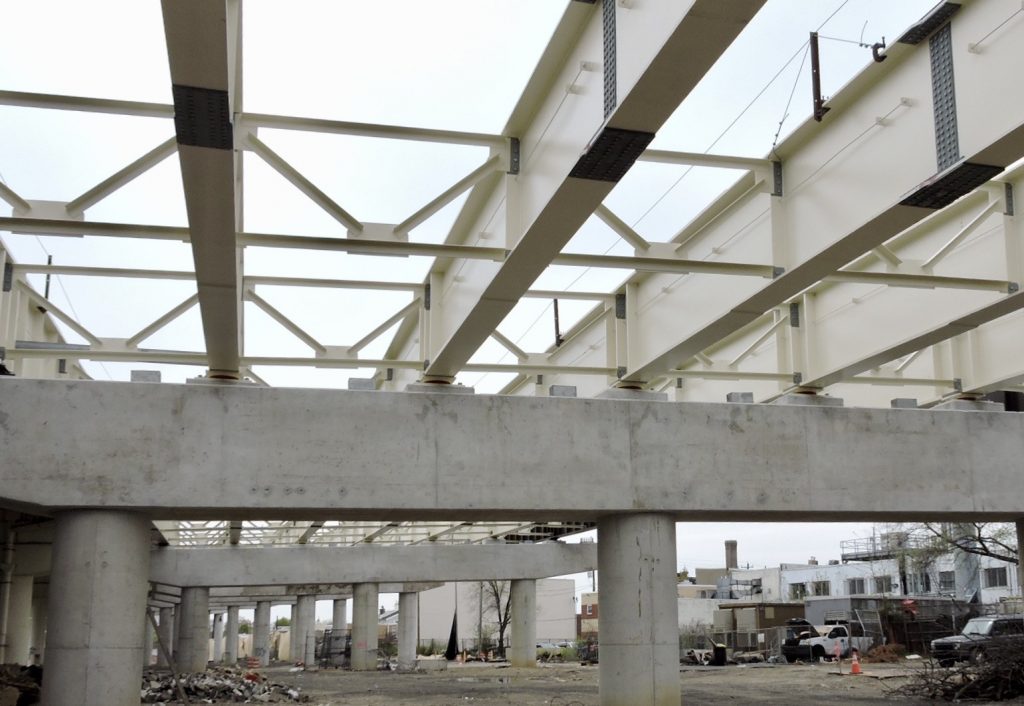 Work on this project is proceeding in accordance with Centers for Disease Control and state Department of Health guidance as well as a project-specific COVID-19 safety plan that includes social distancing, use of face coverings, personal and job-site cleaning protocols, and other measures designed to minimize the risk of infection to construction workers, inspectors, and managers. 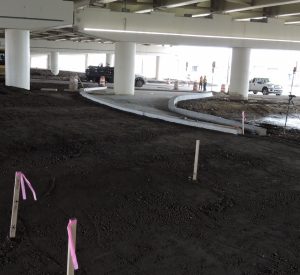 Support piers for the new southbound Girard Avenue off-ramp are in place and placement of deck beams is underway with paving of the ramp expected to begin in early spring.

Work also is now underway at ground level under I-95 to construct decorative foot and cycling paths, parking areas, and other quality-of-life amenities designed for community use at the completion of construction. 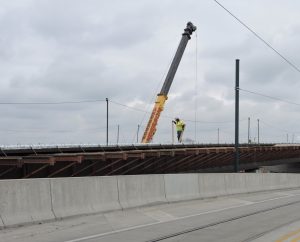 Related construction to widen Aramingo Avenue approaching the bridge and ramp beginning at York Street is ongoing. New sidewalks have been built on both sides of Aramingo Avenue between York and Cumberland streets.

Crews also continue construction of foundations and support piers this fall for the interchange’s new southbound off-ramp (see left). Placement of beams and steel for the ramp’s deck are expected to get underway in early 2021 with ramp paving scheduled for next spring.

Southbound I-95 motorists heading for Girard Avenue continue to be directed to exit at Allegheny Avenue and follow the detour back to the Girard Avenue Interchange area. 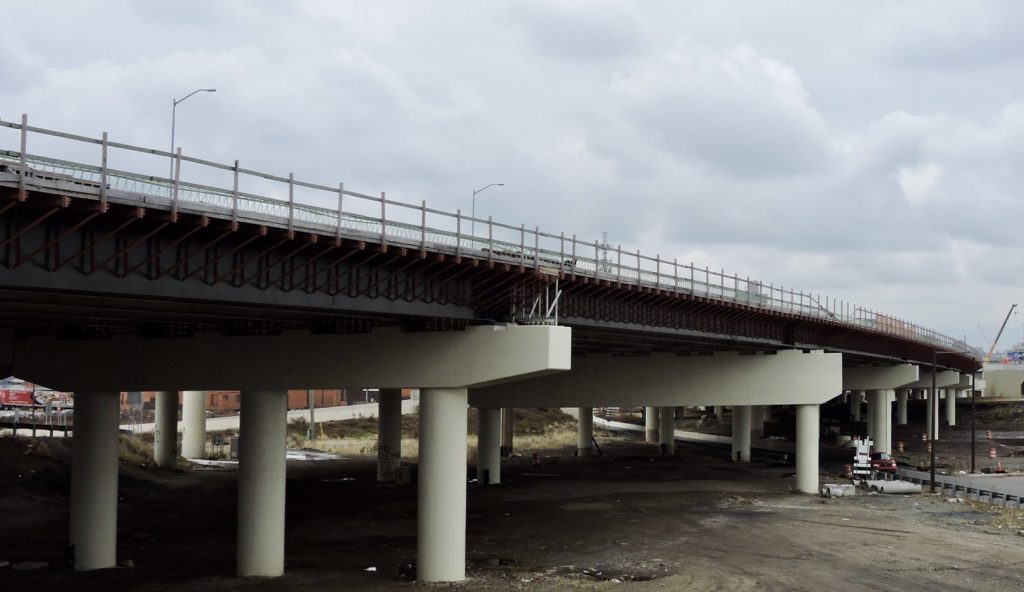 Much of the new at-grade southbound I-95 pavement is now in place from just south of the Allegheny Avenue interchange to the start of the viaduct at Ann Street. This new pavement eventually will connect with the concrete pavement on the viaduct and ramp. 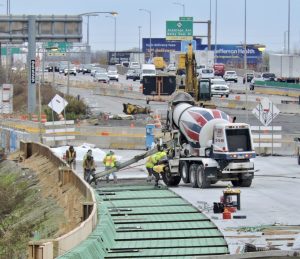 Construction of the new southbound viaduct is expected to continue through fall 2021. The new structure will provide four southbound through lanes as well as a continuous on-off lane that will run between the Allegheny Avenue on-ramp and the Aramingo Avenue on-ramp at the Girard Avenue Interchange.

Sound wall panels are now in place on the wall adjacent to the new on-ramp from Aramingo Avenue to southbound I-95 (see below). Sound wall panels will be erected atop parapets along the new southbound viaduct between Indiana Avenue and Palmer Street during the later stages of construction on the GR4 contract. 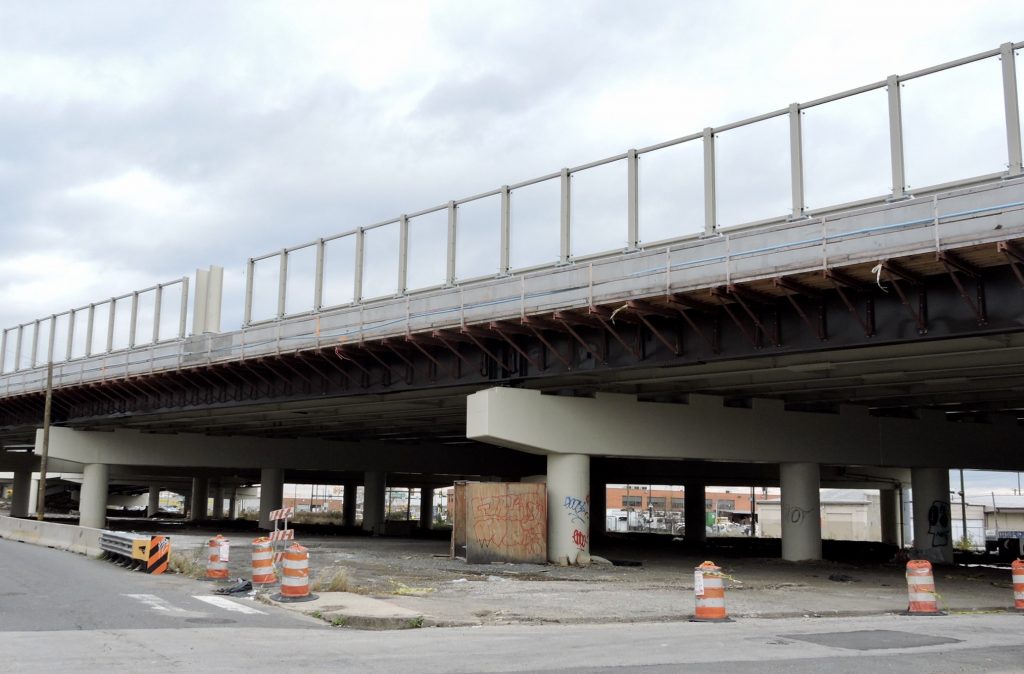