July 14, 2022 – With mainline Interstate 95 construction completed (see below), work this summer will continue to focus on completing ground-level improvements beneath the interstate at the Girard Avenue Interchange in Philadelphia as the contractor nears completion of PennDOT’s $315 million GR4 project. 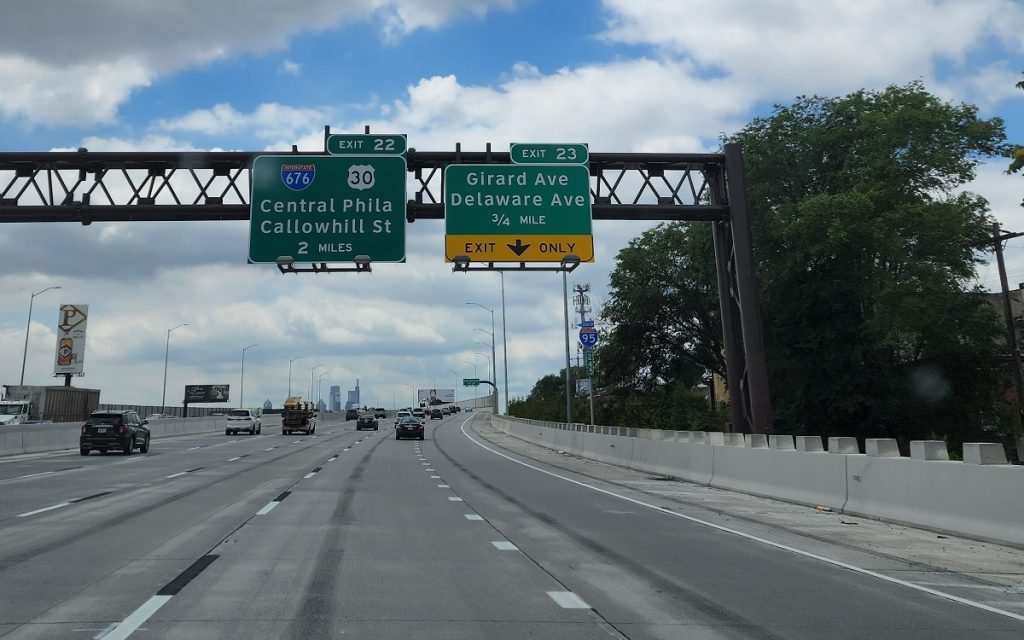 This spring workers finished the installation of a new median and removed temporary construction barriers on southbound I-95, between Columbia Avenue and Ann Street, completing the reconstruction of the mile-long southbound viaduct that began nearly four years ago.

Crews beneath I-95 continue construction of a variety of public spaces, including the installation of a multi-use trail that will be incorporated into the Delaware River Greenway that stretches along the waterfront. Cobblestone pathways, dyed concrete pavement, rain gardens, rock-lined drainage basins, strips of planted grass areas, benches, trees, and small public parking areas are among the public amenities being installed. 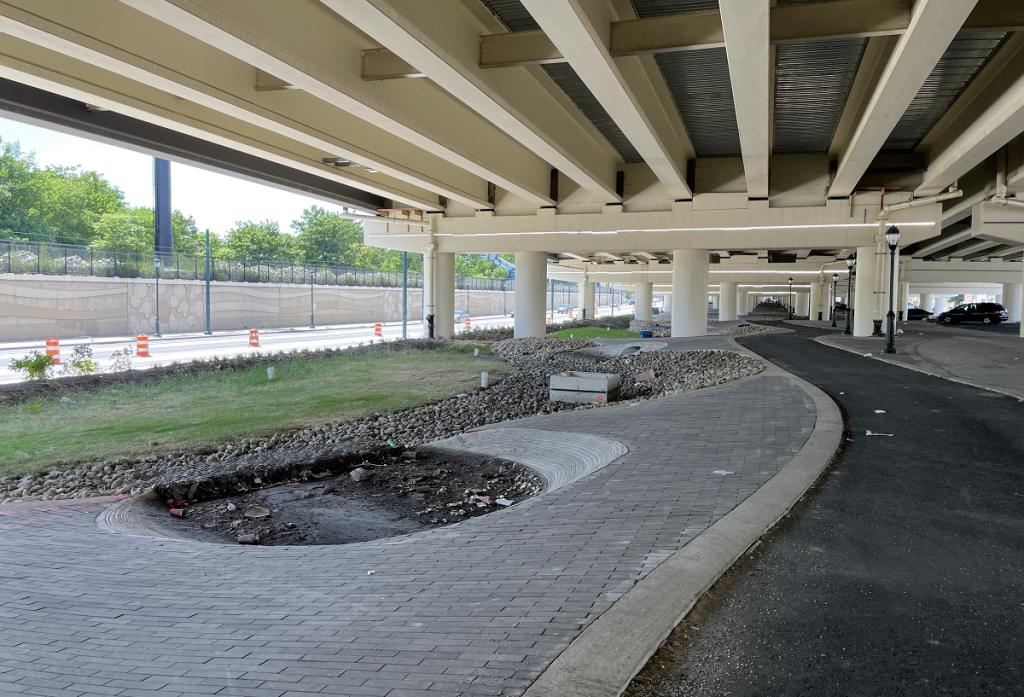 Pedestrian-friendly LED lighting will be installed beneath the highway following the completion of the ground-level work. 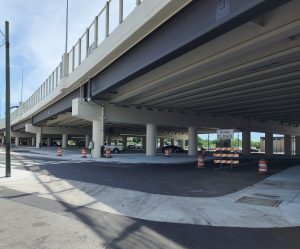 Also included in the contract was the installation of Intelligent Transportation Systems (ITS) components that are currently under construction at various locations across the region (on I-95, U.S. 1, and PA 332). Those components will assist PennDOT and the City of Philadelphia with traffic and incident management on the region’s highways.

The GR4 improvements in place between Allegheny Avenue and Palmer Street connect to a 1,200 foot-segment of I-95 south of the interchange that was reconstructed in 2013-2015 under the GR2 contract.

PennDOT has invested more than $660 million since 2009 rebuilding this section of I-95 in Philadelphia. Two additional project sections, GR5 and GR6, will complete the reconstruction of I-95 from Allegheny Avenue to the Interstate 676 Interchange between 2023 and 2029.

GR4 construction is expected to be completed later this fall.