May 12, 2020 — Construction resumed Monday, April 27, on the project to reconstruct and improve the southbound Interstate 95 Girard Avenue Interchange, including replacement of the mile-long southbound viaduct in the Fishtown and Port Richmond sections of Philadelphia.

Work on this project will proceed in accordance with Centers for Disease Control and state Department of Health guidance as well as a project-specific COVID-19 safety plan, which will include protocols for social distancing, use of face coverings, personal and job-site cleaning protocols, management of entries to the jobsite, special signage and relevant training.

Moderate weather over the winter months allowed the demolition and reconstruction of the southbound side of Interstate 95 at the Girard Avenue exit in Philadelphia to continue progress.

Demolition of the existing southbound viaduct has been completed (except for a small section that remains during construction of the new Aramingo Avenue bridge through the interchange) and segments of the new structure are at various levels of completion. 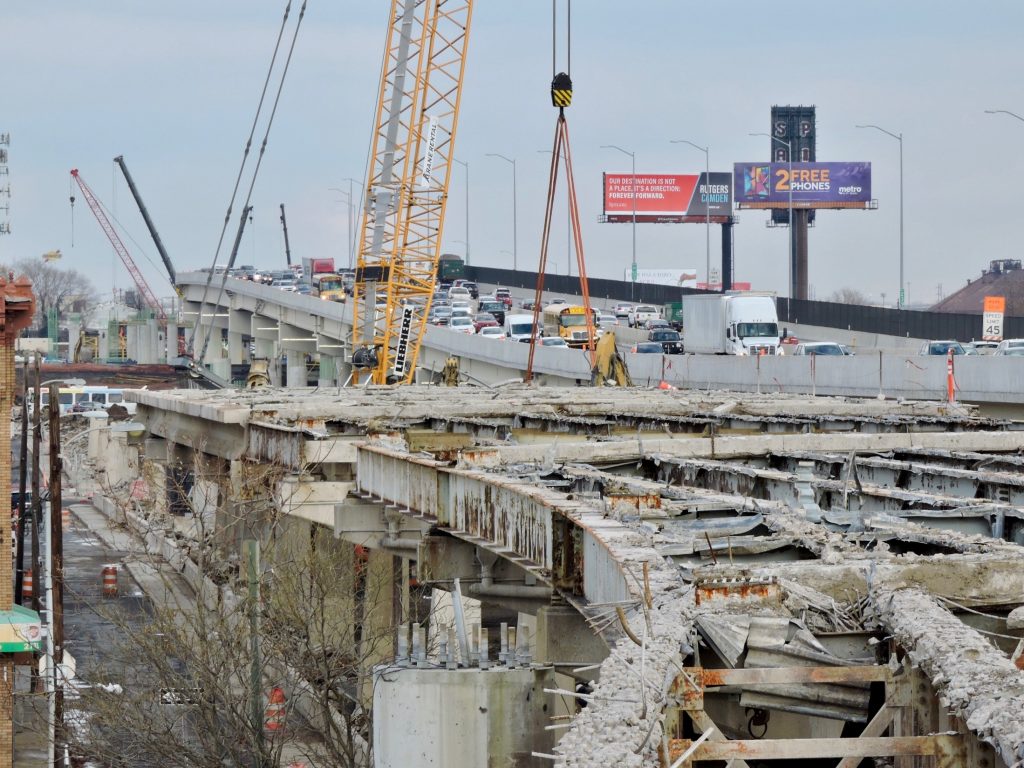 At the northern end of the viaduct at Ann Street in Port Richmond and moving south, crews are building the structural components of the new viaduct — erecting support piers, setting deck beams, placing deck steel and eventually covering it with concrete pavement — at a number of locations, working toward connecting with finished sections.

Large sections of the new concrete deck, the new southbound lanes when the current project finishes in 2021, are in place between Girard/Aramingo avenues through the southern end of the structure at Palmer Street in Fishtown. 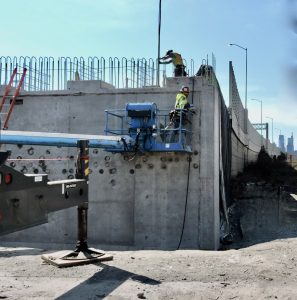 The remnants of the old southbound off-ramp also were removed over the winter, allowing work to start this spring on the foundations, support piers, and eventually the placement of deck beams and steel this summer. The new ramp will be paved this fall.

With the southbound off-ramp closed during construction, southbound I-95 motorists heading for Girard Avenue are being directed to exit at Allegheny Avenue. Southbound motorists are then detoured along Allen Street — a temporary stretch of road that PennDOT built alongside northbound I-95 between Cambria Street and Allegheny Avenue — back to the Girard Avenue Interchange area.

Related construction to widen Aramingo Avenue approaching the bridge and ramp beginning at York Street also continues, and installation of the project’s stormwater management system of pipes and inlets also continues across the work area. 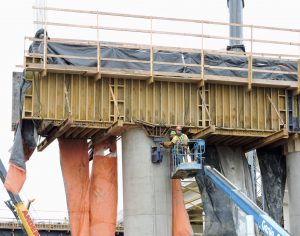 At the northern end of the GR4 project, placement of asphalt paving also is underway on the at-grade section of southbound I-95 from just south of the Allegheny Avenue Interchange to the start of the viaduct at Ann Street. This new pavement eventually will connect with the concrete pavement on the viaduct and ramp.

During the later stages of construction on the GR4 contract, noise barrier walls will be erected atop parapets on southbound I-95 from Indiana Avenue to Palmer Street and along the on-ramp from Aramingo Avenue to southbound I-95.