I-95 Reconstruction at the Girard Interchange Wrapping Up

November 1, 2022 – PennDOT’s contractor will complete ground-level improvements beneath the interstate at the Girard Avenue Interchange (see below) by the end of November, wrapping up nearly nine years of construction to rebuild Interstate 95 at the interchange, completing Sections GR3 and GR4, the most expansive sections of PennDOT’s GIR project. 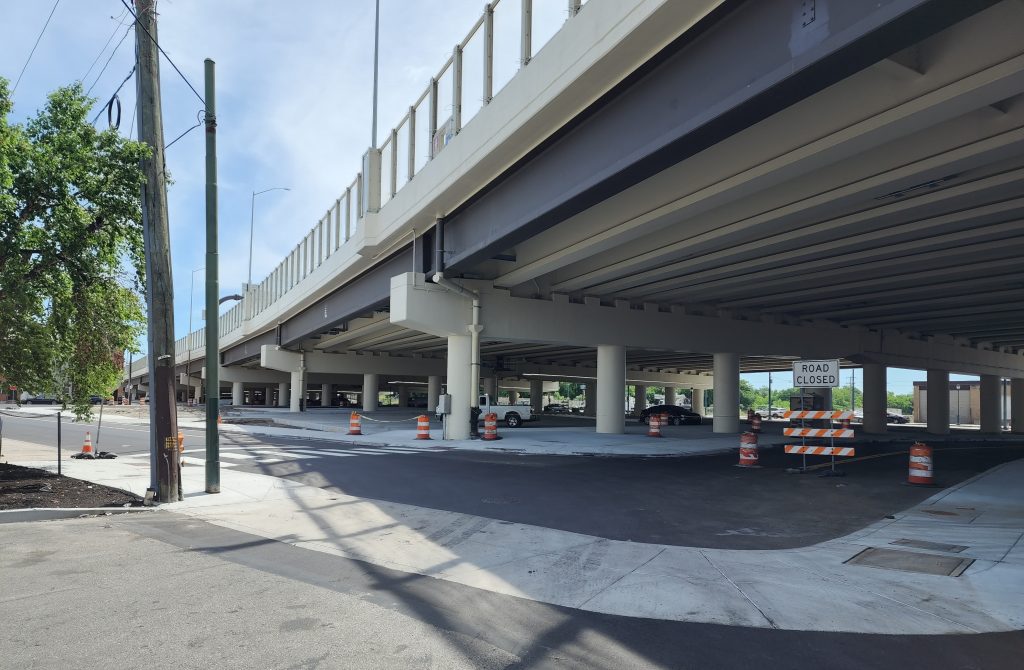 Following completion of the southbound viaduct and median area earlier this year, workers this fall will finish ground-level improvements beneath the new viaducts that were part of the Section GR3 and GR4 contracts. These improvements include the creation of a variety of public spaces, including a multi-use trail that will be incorporated into the Delaware River Greenway that stretches along the waterfront. Cobblestone pathways, dyed concrete pavement, rain gardens, rock-lined drainage basins, strips of planted grass areas, benches, trees, pedestrian-friendly LED lighting and small public parking areas are among the public amenities being installed under I-95 between Palmer Street in Fishtown and Ann Street in Port Richmond. 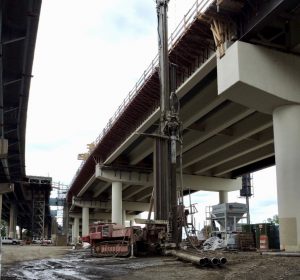 Beginning in 2014 and finishing in 2018, Section GR3 replaced the mile-long northbound viaduct between Palmer Street and Ann Street (see right, below) and reconstructed and relocated the northbound on-off ramps at the Girard Avenue Interchange. The northbound noise barrier walls, started in Section GR2 (2012- 2016), also were completed during GR3.

Delaware Avenue also was improved during this section, including reconstruction between Columbia Avenue and Dyott Street in the vicinity of the new northbound ramps.

Section GR4 construction began in 2018 and focused on rebuilding the southbound side of I-95. The southbound viaduct between Palmer and Ann streets was replaced, new southbound on-off ramps were built at Girard Avenue, and noise barrier walls with clear panels were installed along southbound I-95 and Aramingo Avenue.

Underground utilities along Aramingo Avenue also were relocated, and street trees and painted bike lanes were completed on Richmond Street during this section. 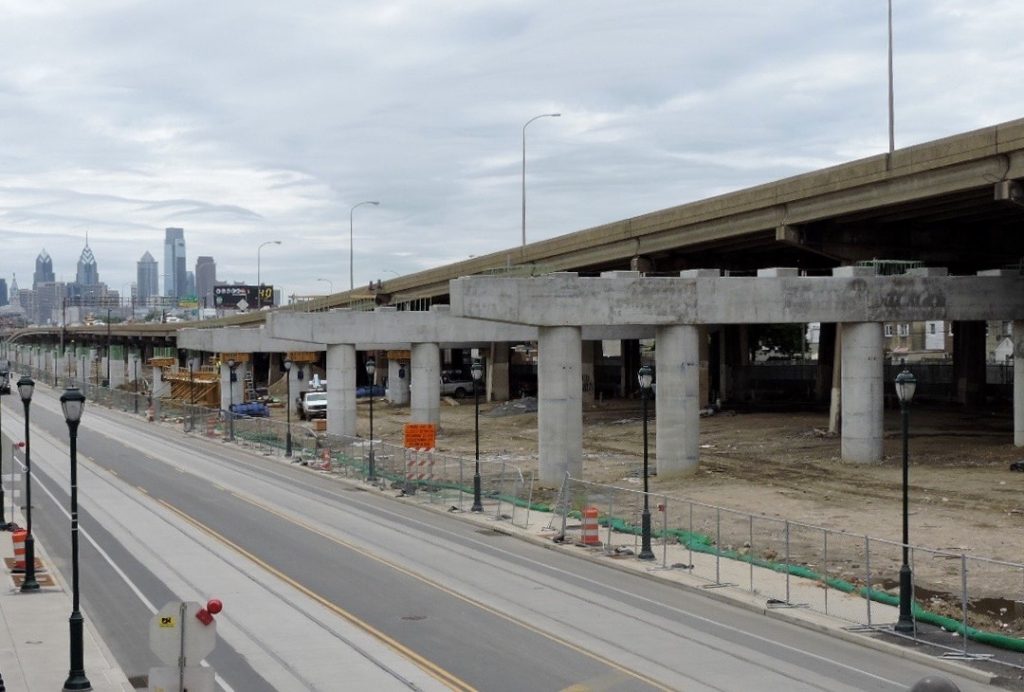 Both sections included building sustainable enhancements adjacent to and beneath I-95, including low-maintenance landscaping, urban stormwater management devices, public spaces, LED street and understructure lighting, and thematic form liners for decorative treatment of bridge abutment walls. Three retaining walls also were constructed on each side of the highway to support embankments along the interstate.

Also included in sections GR3 and GR4 was the installation of Intelligent Transportation Systems (ITS) components that are currently under construction at various locations across the region (on I-95, U.S. 1 and PA 332). Those components will assist PennDOT and the City of Philadelphia with traffic and incident management on the region’s highways. 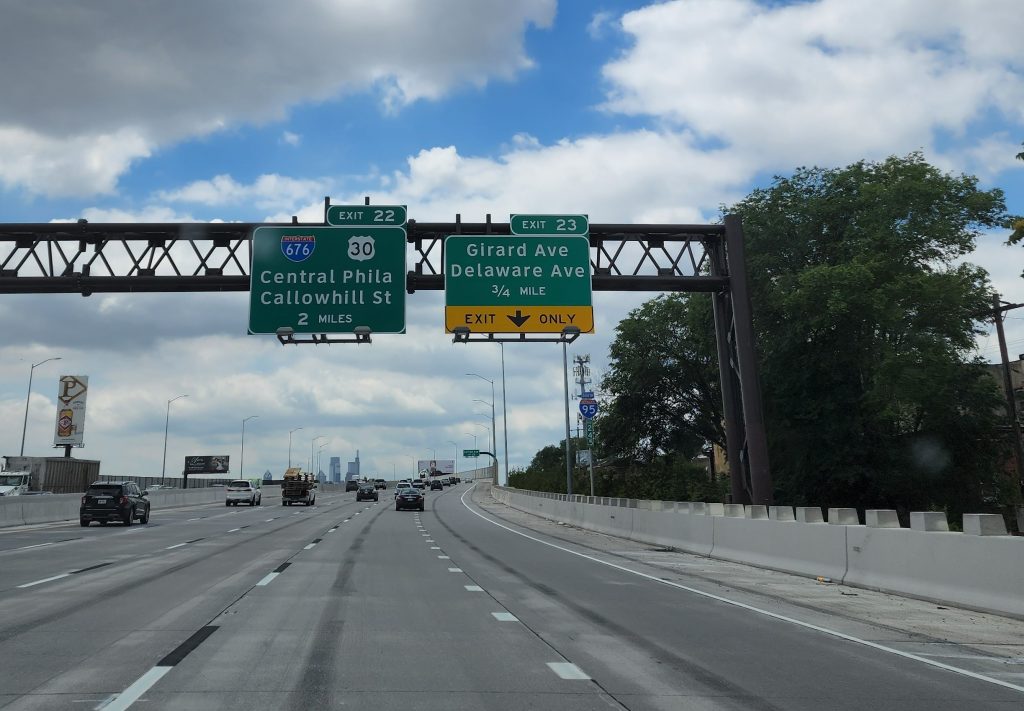 Section GR6, the second-to-last GIR section, is tentatively scheduled to go to construction in late 2023 or early 2024 and will include southbound I-95 reconstruction — including ramp and bridge improvements — from Frankford Avenue to Race Street. Section GR5 will rebuild the opposite side of I-95 beginning in 2026.