October 5, 2021 – PennDOT’s contractor lifted the traffic pattern that had been in place for almost three years and placed three lanes of southbound traffic on the rebuilt southbound lanes between the Allegheny Avenue and Girard Avenue interchanges, and opened the new southbound off-ramp at Girard Avenue in early October. 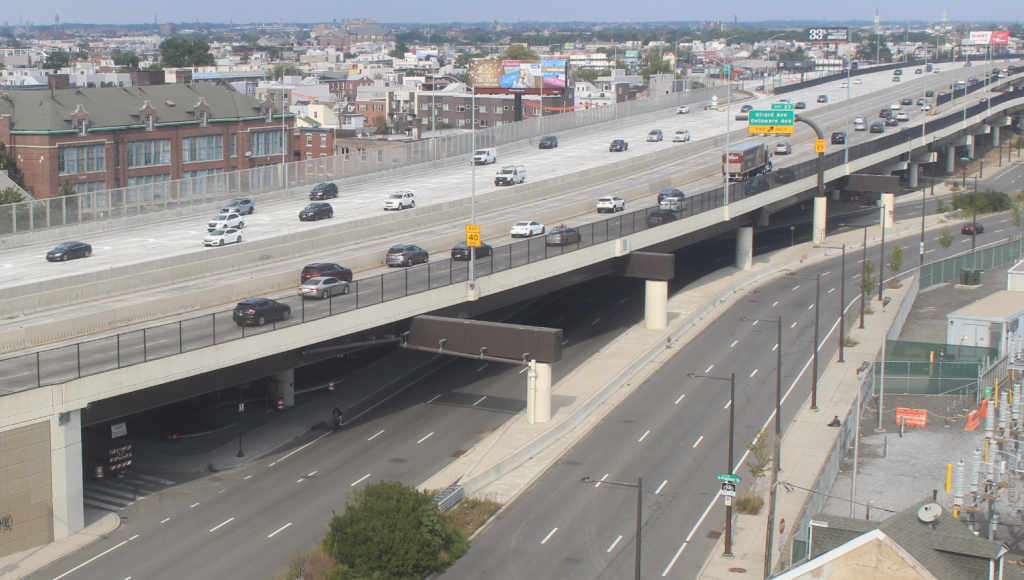 While the traffic shift does not mark the end of construction on the $315 million GR4 project, it does represent a significant milestone in the rebuilding of I-95 at the Girard Avenue Interchange. I-95 motorists are now driving on a completely rebuilt and widened interstate from Allegheny Avenue through the interchange to the next I-95 viaduct beginning at Frankford Avenue.

To date, PennDOT has invested more than $660 million since 2009 rebuilding this section of I-95 in Philadelphia. Two additional project sections, GR5 and GR6, will complete the reconstruction of I-95 from Allegheny Avenue to the Interstate 676 Interchange between 2023 and 2029. 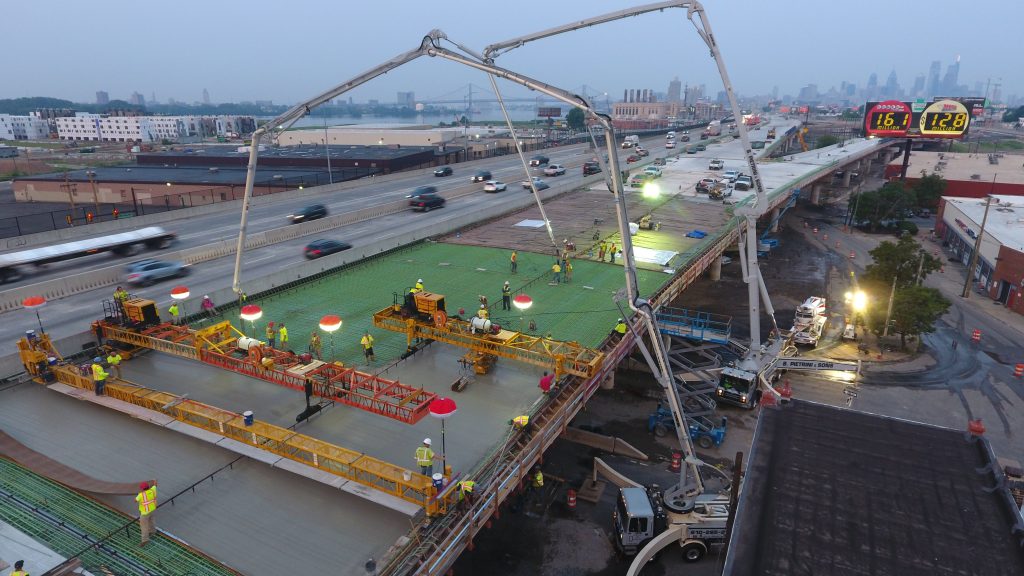 With most of the new mainline pavement now in place at the interchange, crews are expected to complete the remaining work on the top side late this year following median construction between Allegheny Avenue and the southbound viaduct.

Additional mainline construction will continue with periodic, temporary daytime and off-peak traffic patterns on both northbound and southbound I-95 possible through mid-2022, though most of the work on the top side will wrap up in late 2021. 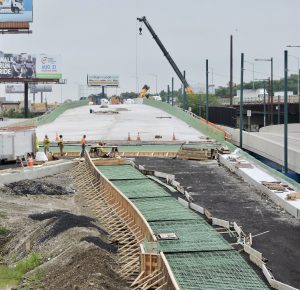 The southbound off-ramp (see left) was closed and detoured in July 2019 for reconstruction. The new southbound on-ramp was rebuilt in stages and remained open to traffic during the entirety of GR4 construction.

Improvements to the northbound side of I-95 at the Girard Avenue Interchange, including the matching northbound viaduct as well as new northbound off and on-ramps, were completed in 2018.

As topside construction progresses through its final stages, work continues on improvements beneath the new, twin northbound and southbound viaducts in place between Ann and Palmer streets. 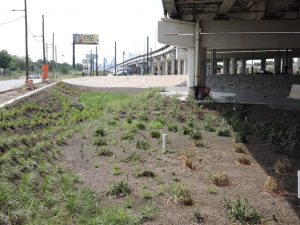 Crews there are creating a variety of public spaces for use by the adjacent Port Richmond and Fishtown communities. In addition to a multi-use trail that will be incorporated into the Delaware River Greenway that stretches along the waterfront, PennDOT is investing in sustainable improvements designed to benefit residents living in neighborhoods along the interstate. 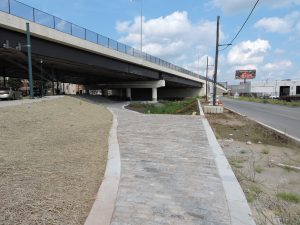 The GR4 contract also includes installation of Intelligent Transportation Systems (ITS) components that are currently under construction at various locations across the region (on I-95, U.S. 1 and U.S. 332) that will assist PennDOT and the City of Philadelphia with traffic and incident management on the region’s highways.

The improvements in place between Allegheny Avenue and Palmer Street connect to a 1,200 foot-segment of I-95 south of the interchange that was reconstructed in 2013-2015 under the GR2 contract.