November 8, 2022 – PennDOT’s contractor this fall is ramping up the installation of a new sanitary sewer along Interstate 95 at the Cottman Avenue Interchange while continuing surface street improvements in the vicinity of the interchange, including utility installations and intersection and sidewalk improvements along New State Road, Elbridge Street and Levick Street in the vicinity of the Tacony Palmyra Bridge under the $52.7 million Section CP3 contract. 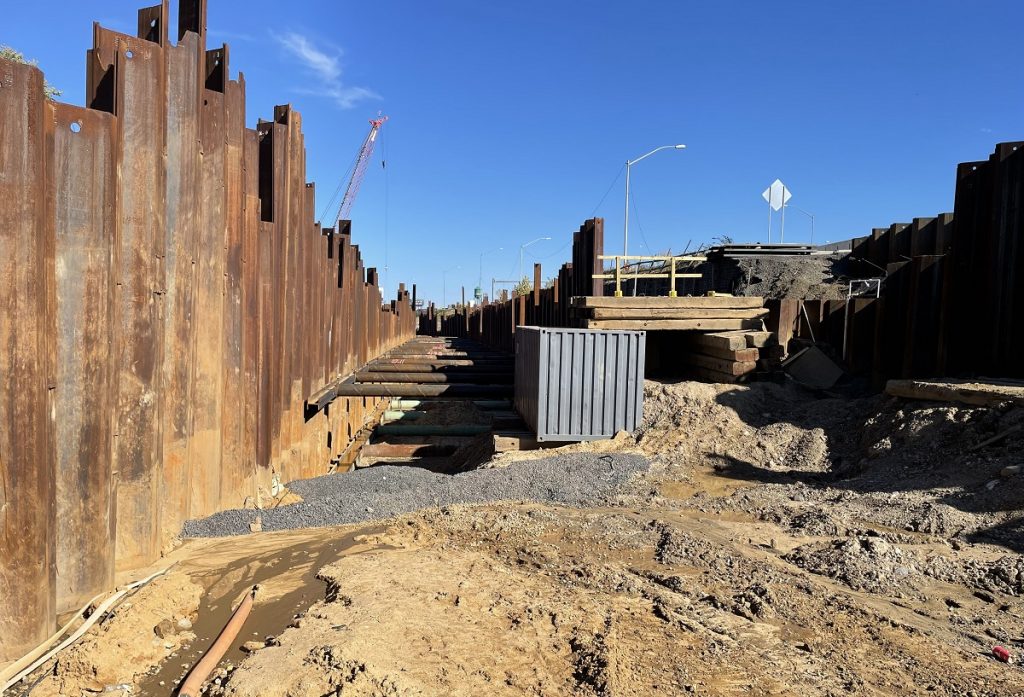 Crews have installed sheet piles along the shoulder of southbound I-95 at the interchange (above) to support the embankment during excavation this fall for completing the relocation of a 10’x10’ sanitary sewer main and for construction of a new southbound ramp in 2023. The main is located adjacent to southbound I-95 and east of State Road, between Cottman and Princeton avenues.  Segments of the new main were installed during earlier construction at the interchange under the Section CP2 project that ended in 2017 (below-right). 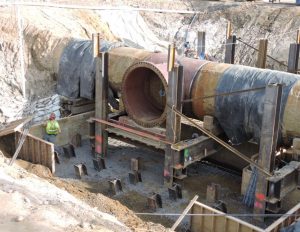 PennDOT’s contractor has temporarily shifted all four lanes of southbound I-95 at the interchange to accommodate construction on the main and to allow additional space for the new Cottman on-ramp to be built and tied into the highway.

When the sewer installation finishes later this year or early in 2023, work will start on a retaining wall that help will support construction of the ramp to I-95 south from Cottman Avenue in the area once occupied by Wissinoming Street.  Following completion of the new ramp, Wissinoming Street will be rebuilt along southbound I-95 between Cottman and Princeton avenues.

Improved drainage, new pavement, turn lanes at intersections, and new sidewalks are in place along New State Road at Magee Avenue. Improvements designed to enhance access and pedestrian safety at the entrance to the MaST Charter School (below, right) were accelerated over the summer and completed in time for the start of fall classes. 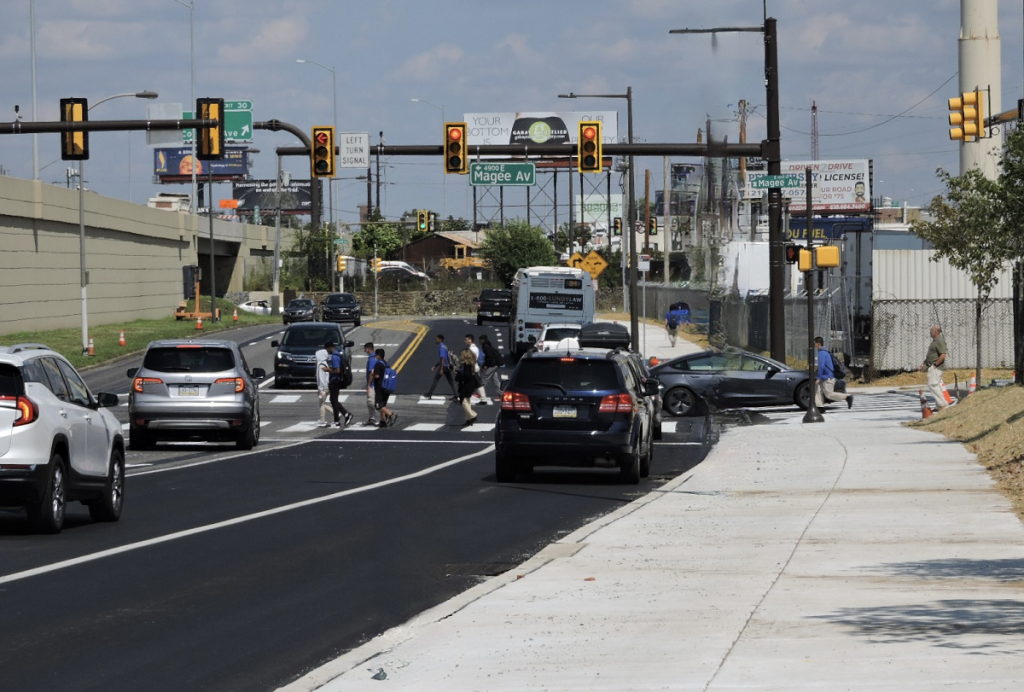 Construction of similar improvements continue at Elbridge Street — at the bridge — and on Levick Street just west of the bridge. The westbound off-ramps from the Bridge to Elbridge Street and New State Road will be streamlined into one ramp to make pedestrian crossing safer.

Over two years of construction expected to finish in late 2023, there will be periodic off-peak travel restrictions and pedestrian-posted detours on surface streets around and approaching the Cottman Avenue Interchange, including New State Road and its intersections at Magee Avenue and Unruh Street, and State Road and its intersections with Cottman Avenue and Princeton Avenue. 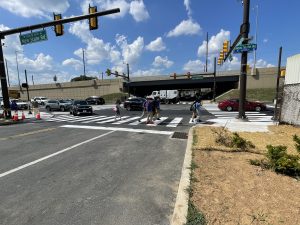 Under two previous construction projects – CP1, completed in 2012, and CP2, completed in 2017 — I-95 was reconstructed and widened to four lanes in each direction between Bleigh Avenue and Levick Street. I-95 bridges over Bleigh Avenue, Princeton Avenue, New State Road, Unruh Avenue, and Magee Avenue also were replaced.

The work is part of the I-95/Section CP3 project to construct a new southbound I-95 on-ramp at Cottman Avenue and improve traffic flow on surface streets in the vicinity of the Cottman-Princeton Interchange. C. Abbonizio Contractors, Inc. of Sewell, N.J., is the general contractor on the 100 percent federally funded project.