July 28, 2021 – Construction on the northbound side of Interstate 95 at the Bridge Street Interchange in Philadelphia this summer will complete the replacement of the two bridges carrying traffic over Comly and Van Kirk streets, as well as continued construction of the long retaining wall along Tacony Street.

The contractor completed construction of foundations and abutments (see below) and placed deck beams in late spring and poured the concrete decks for the two bridges in July. Installation of the new drainage system that carries stormwater from the interstate to the Delaware River at Lardner’s Point Park also has been completed. In addition, new water mains were installed on the west side of Tacony Street, inside the work zone. 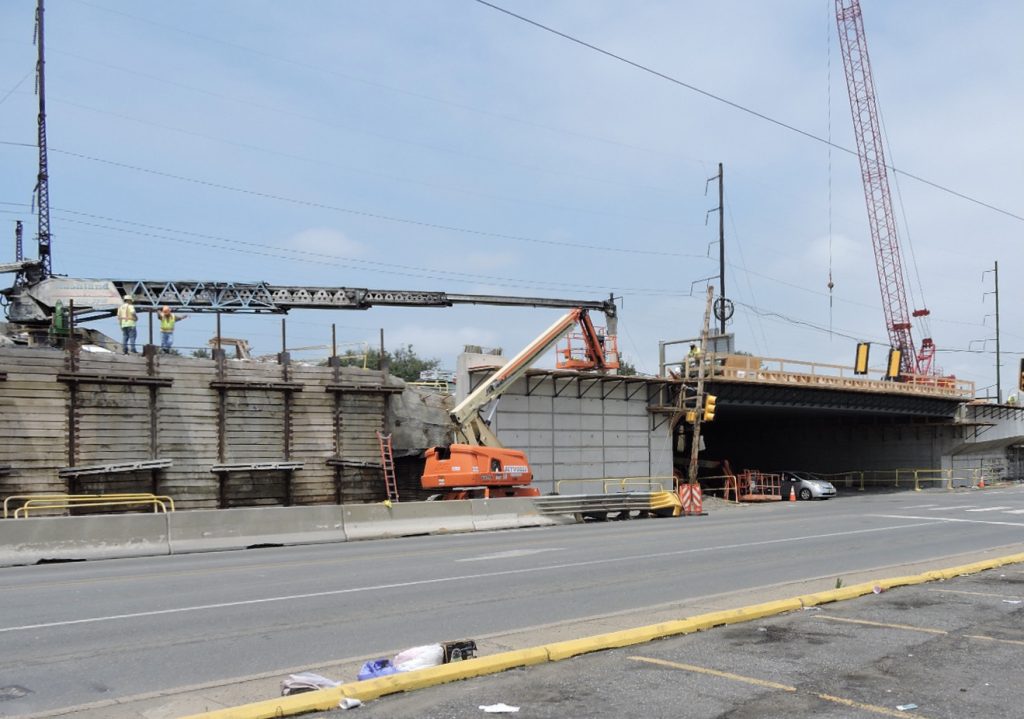 Construction of a support pier for a large electronic dynamic message sign is also ongoing on the east side of Tacony Street, adjacent to the work zone. 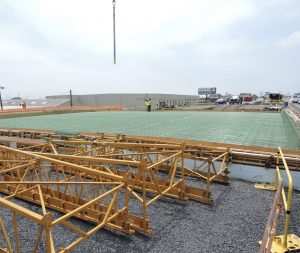 Southbound and northbound I-95 are reduced to three lanes each from just south of the Cottman Avenue Interchange through the Bridge Street exit during this stage and future stages of the three-year BS1 project. Three travel lanes in each direction will remain open during peak travel times, though periodic off-peak lane closures may be in place on I-95 during certain stages of construction operations.

Work on this project is being done in accordance with Centers for Disease Control and state Department of Health guidance as well as a project-specific COVID-19 safety plan, which will include protocols for social distancing, use of face coverings, personal and jobsite cleaning protocols, management of entries to the jobsite, special signage, and relevant training. 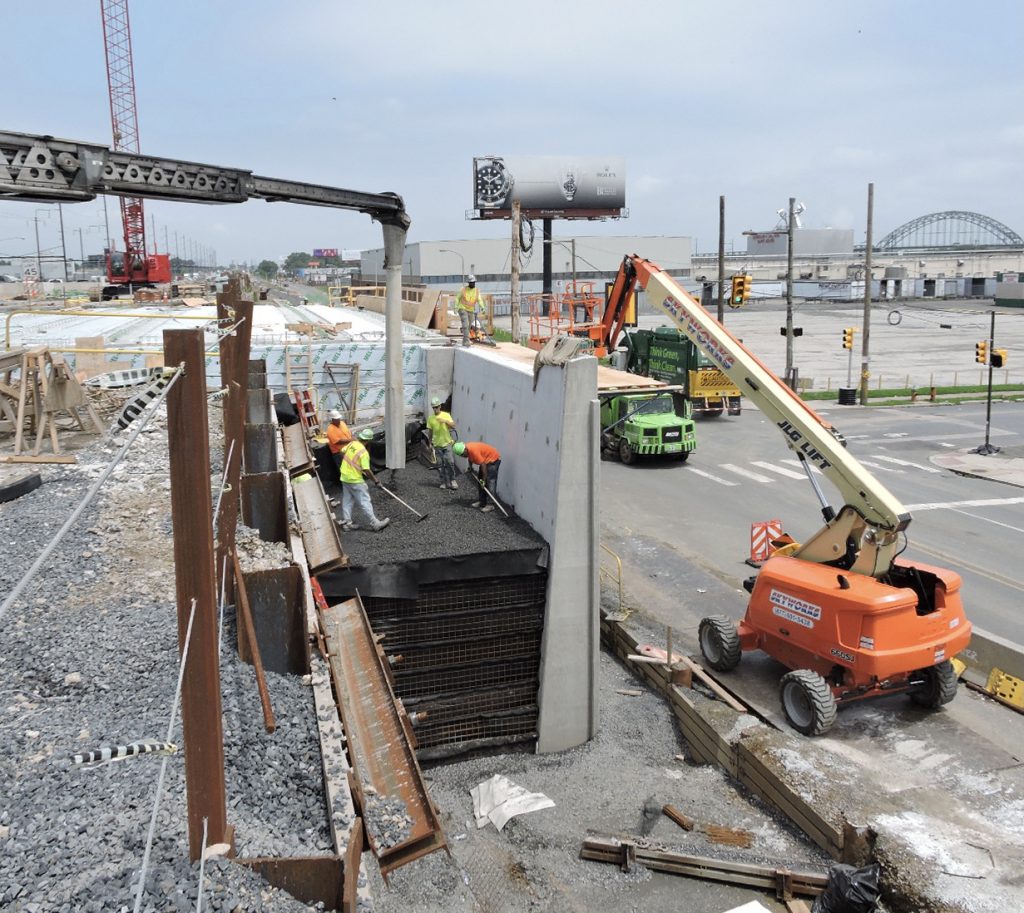