April 12, 2022 – Stage two reconstruction and widening of the southbound side of Interstate 95 at the northern end of the Bridge Street Interchange, underway since early in the year, made steady progress over the winter. 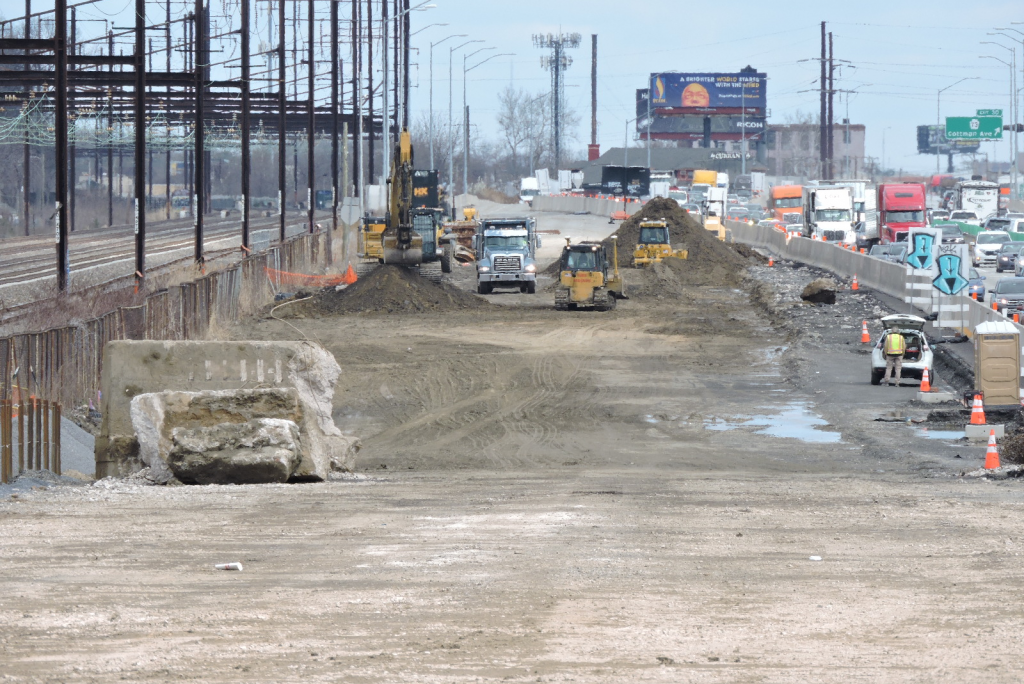 All of the old southbound pavement has been excavated (see above), and the new pavement’s sub-base is in place across the mile-long work zone between the Levick Street overpass and Carver Street in Philadelphia’s Tacony neighborhood. Installation of the project’s upgraded stormwater management system’s pipes and inlets will finish this spring before crews begin construction of the new roadway.

Once drainage work is finished, the contractor will begin placing the asphalt base paving and concrete pavement later this spring. 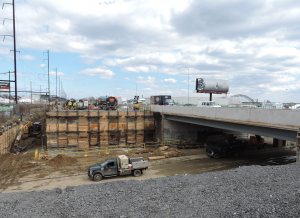 Excavation continues for new retaining walls (see below) that will be built to support southbound widening adjacent to the Amtrak Northeast Corridor rail lines between Levick and Carver streets.

PennDOT completed northbound widening and reconstruction, the first major stage of work on the $79.7 million Section BS1 Project, in 2022 and installed a new traffic pattern moving three northbound and three southbound lanes onto the rebuilt northbound side in January. 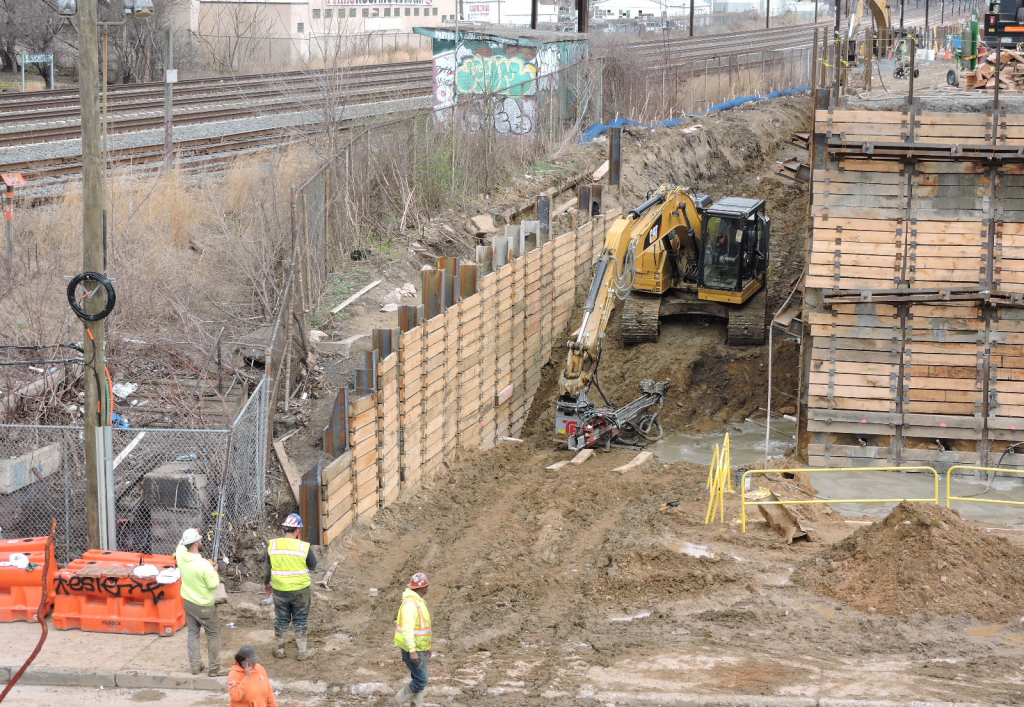 Reconstruction of the southbound lanes is expected to complete the Section BS1 Project late this year or in early 2023. 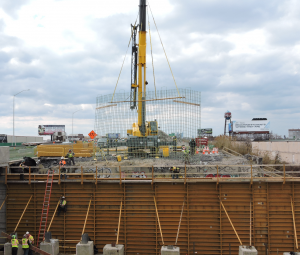 The southern portion of I-95 at Bridge Street, including the interchange’s ramps, will be rebuilt and widened under Section BS2, which is expected to begin later this year.