September 3, 2019 — Widening and bridge construction on the southbound (west) side of Aramingo Avenue in the vicinity of the Interstate 95/Betsy Ross Bridge Interchange are wrapped up in mid-summer, shifting construction briefly to the middle before beginning construction of improvements to the northbound (east) side by early fall. 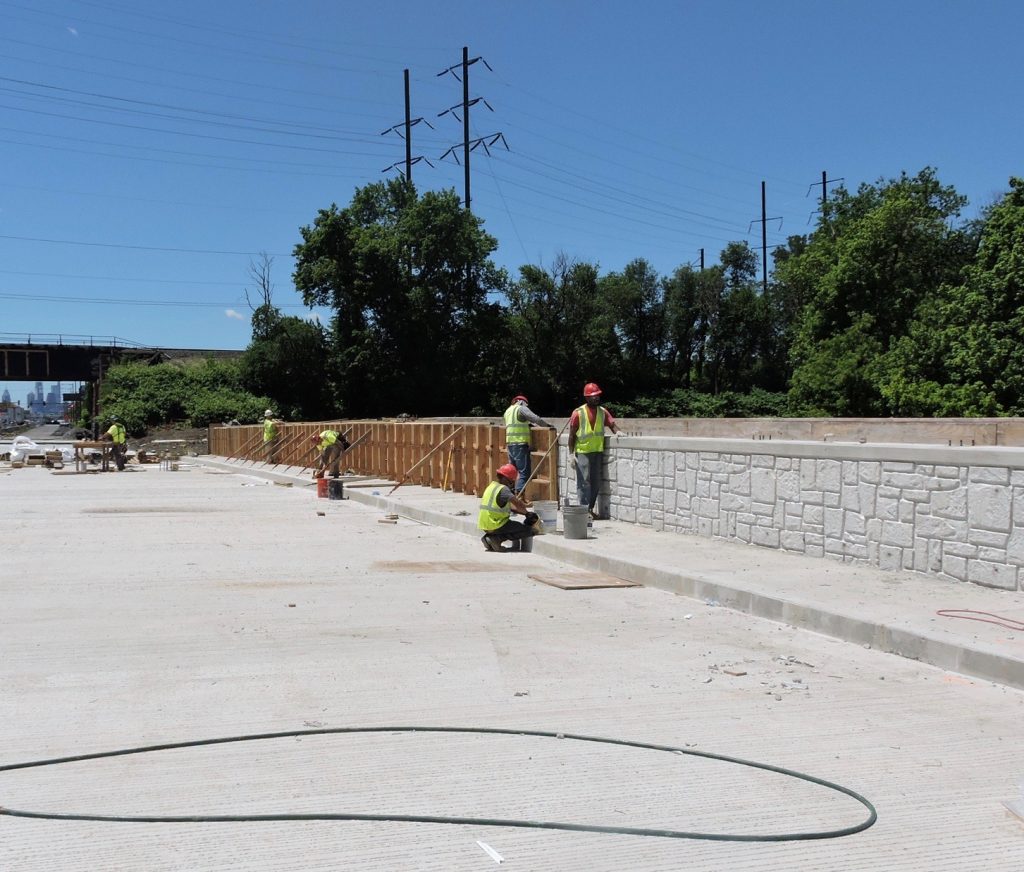 The concrete deck and the decorative parapet wall is in place on the southbound side of Aramingo Avenue bridge over the Frankford Creek, substantially completing the current phase of bridge replacement while work wraps up on improvements on both sides of the new span.

Crews are working in early summer to finish widening Aramingo Avenue on both sides of the bridge from Church Street to Wheatsheaf Lane. Through mid-summer, workers will finish placing pavement and complete construction of new curbs and sidewalks that complement the widening and other improvements to the west side of Aramingo Avenue. 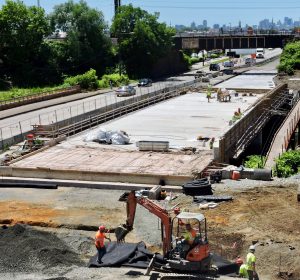 When work in the center of Aramingo Avenue finishes by early fall, construction will get underway on the northbound side, including construction of the east half of the new Frankford Creek bridge.

Adams Avenue Connector
Construction of the new Adams Avenue Connector also continues through mid-2020. The new, half-mile long roadway between Torresdale Avenue and the interchange will connect to Aramingo Avenue at a new signalized intersection at the completion of work. It also will tie into the new and rebuilt ramps to and from I-95 and the Betsy Ross Bridge at that time. 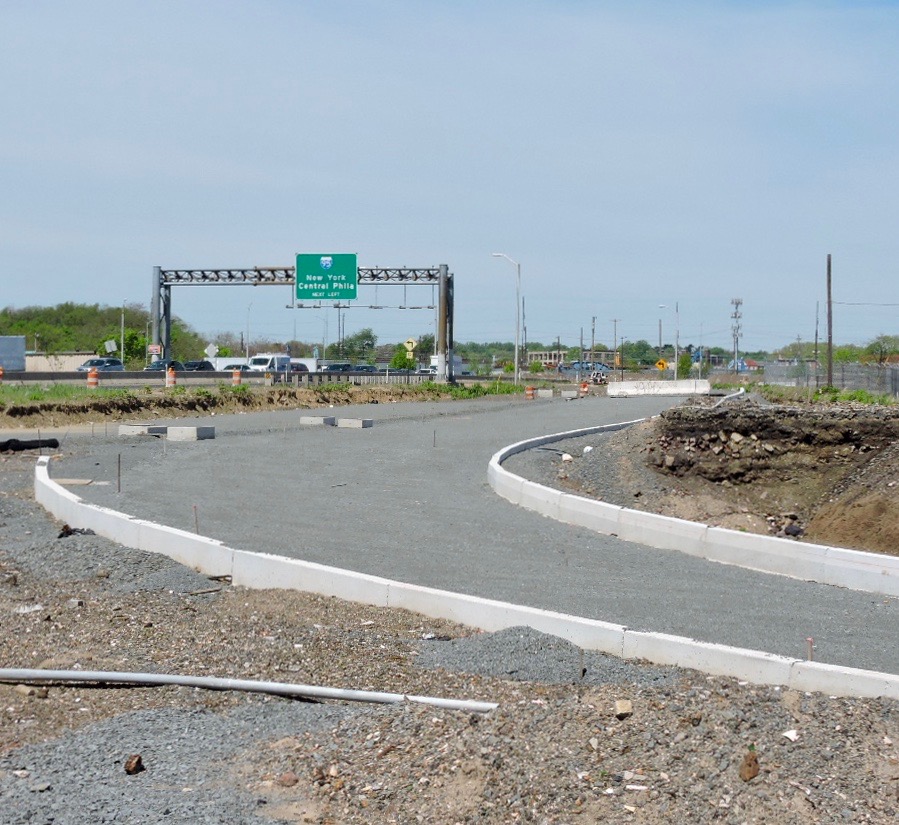 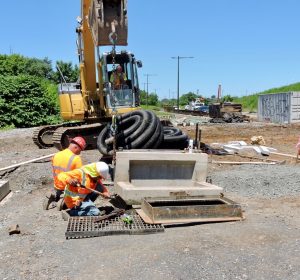 Crews in 2017 finished installation of new water mains along Torresdale Avenue between Frankford Avenue and Adams Avenue as part of the Adams Avenue Connector improvements.

Much of the multi-use trail that is being built adjacent to the Connector is in place. The trail will ultimately become part of the Frankford Creek Greenway when it opens at the completion of construction on the Connector in mid-2020.