Winter 2020 – The Pennsylvania Department of Transportation has substantially completed construction on an $81 million project to enhance traffic flow and surface street access to Interstate 95 at the Betsy Ross Bridge Interchange by widening and improving a section of Aramingo Avenue, building several new ramps, and extending Adams Avenue in the Frankford section of Philadelphia. 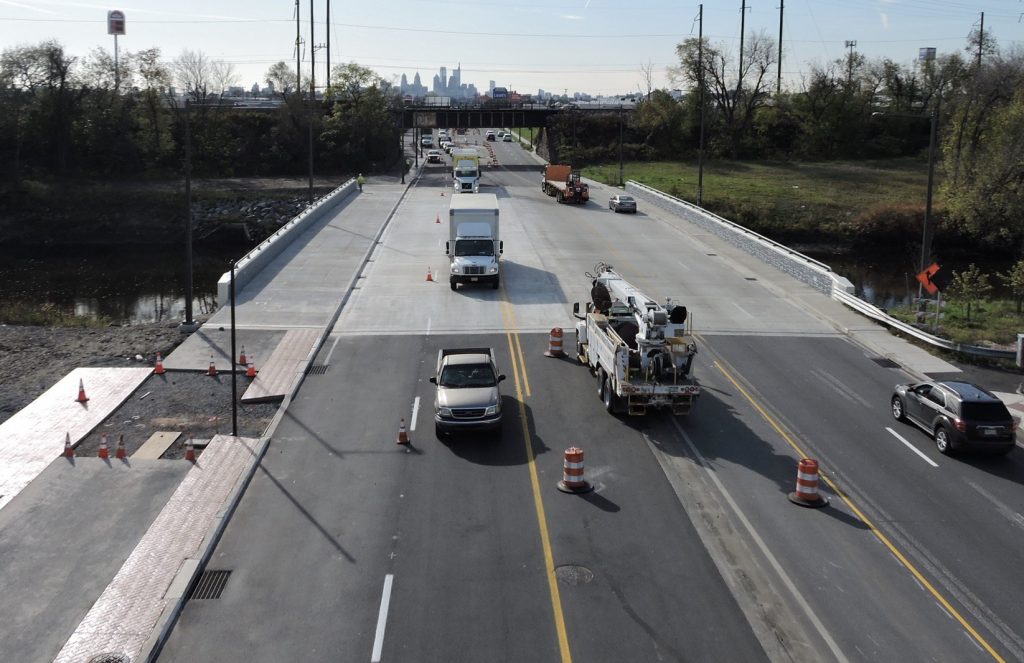 Work crews this fall wrapped up activities to widen Aramingo Avenue to four lanes with center turn lanes between Wheatsheaf Lane and Church Street and construct a new, wider bridge over the Frankford Creek. This project, I-95 Section BS4, is the first of two surface street improvement projects designed to move traffic to and from I-95 at the Betsy Ross Bridge and adjacent Bridge Street interchanges. 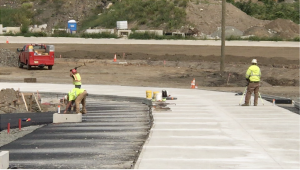 In addition to surface street improvements, PennDOT’s contractor, AP Construction of Blackwood, NJ, built four new or replacement ramps since BS4 construction began in 2017. The ramps were designed to connect Aramingo Avenue and Adams Avenue motorists with northbound I-95 and the Betsy Ross Bridge

The improvements are part of PennDOT’s overall project to reconstruct I-95 at the two interchanges. Section BS3, tentatively scheduled for construction in 2026, will further improve Aramingo Avenue — from Church Street to Tacony Street — and other surface streets serving the Bridge Street Interchange. 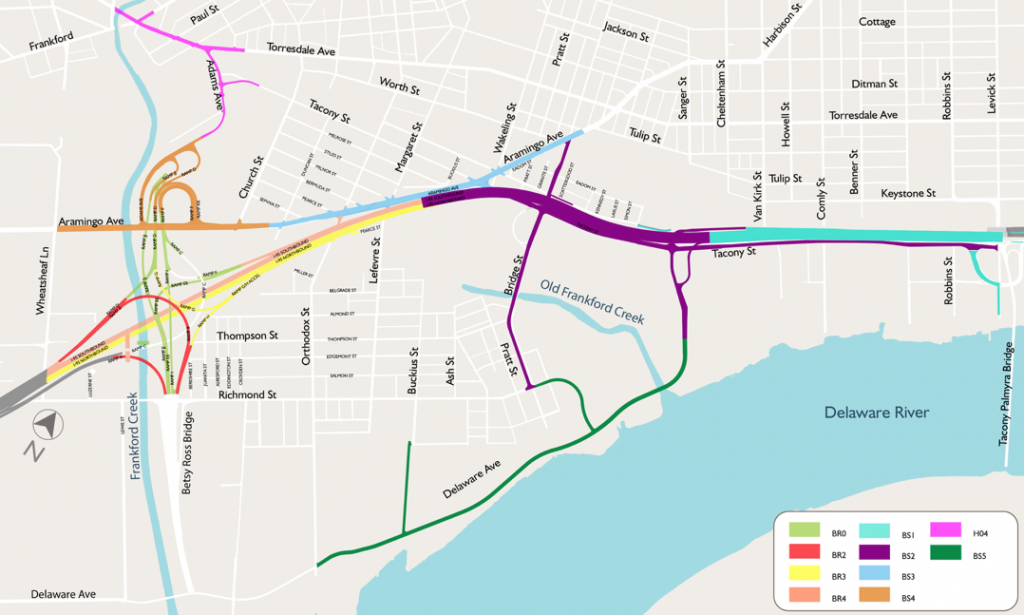 With the completion of work on BS4, center turn lanes are in place at the signalized intersection to ramps to ramps to northbound and southbound I-95 and the Betsy Ross Bridge, and at Church Street. A new signalized intersection constructed at the access to the extension of Adams Avenue (Adams Avenue Connector) has been built but will not open until the project to reconstruct several ramps currently underway at the interchange (Section BR2) finishes in late 2022. 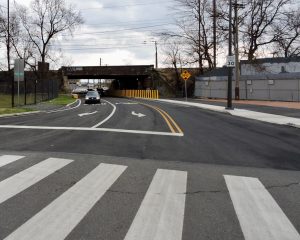 Construction of the new Adams Avenue Connector (Section H04), a half-mile long roadway between Torresdale Avenue and Aramingo Avenue with access to and from the ramps to I-95 and the bridge, also is substantially completed. The Connector, a segment of which is presently in use as a detour route for ramps from the bridge that are closed for replacement, is expected to fully open at the completion of the BR2 project.

As part of the Adams Avenue Connector project, PennDOT also built a section of a new lighted, multi-use trail between Torresdale Avenue and Aramingo Avenue. The new section of trail is now open and will ultimately connect to and become part of the Frankford Creek Greenway.