July 1, 2020 – Construction continues on the northbound side of the new Aramingo Avenue bridge over Frankford Creek at the I-95/Betsy Ross Bridge Interchange where crews have set deck beams and begun construction of the bridge’s two northbound travel lanes and sidewalk.

Construction crews returned to the work area in mid-April following a six-week shutdown of all Pennsylvania construction in March and April due to the COVID-19 virus. Work resumed under a COVID-19 Safety Plan that mandates numerous protocols for social distancing, the use of personal protective equipment, and other measures designed to enhance worker safety. 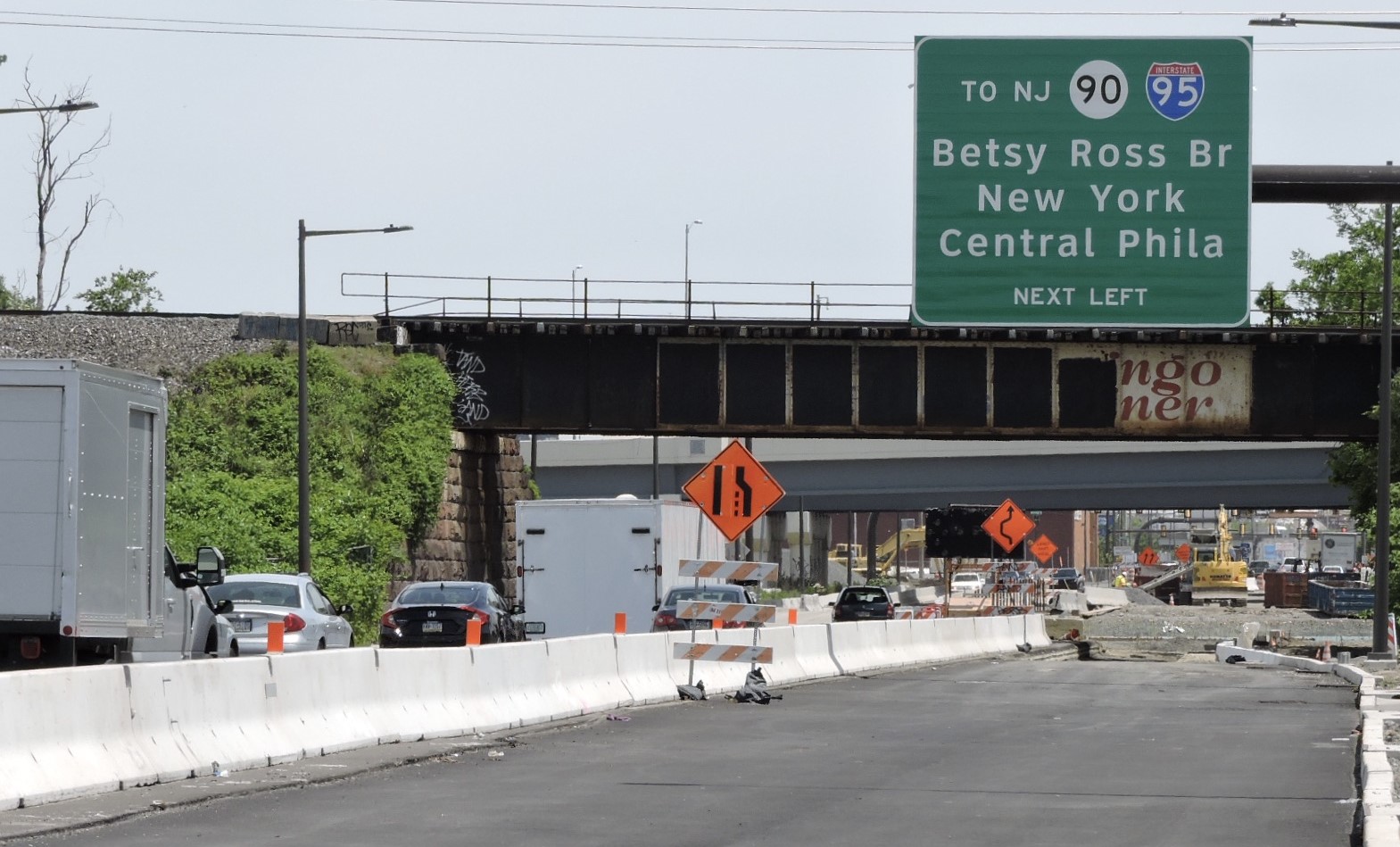 Northbound construction, expected to be completed in late summer, will be followed by a short period of center area work on Aramingo Avenue to finish the median and the new turn lanes to the Adams Avenue Connector, ramps to I-95 and the bridge, and Church Street.

Aramingo Avenue is being widened to include four lanes between Wheatsheaf Lane and the new intersection with the under-construction Adams Avenue Connector. The widening expands to six lanes from Adams Avenue to Church Street to accommodate right and left-turn lanes.

Also at the interchange work area, construction continues on ramps connecting Aramingo Avenue and Adams Avenue to I-95 and the Betsy Ross Bridge.

Construction of the new Adams Avenue Connector is substantially completed and awaiting final paving in early fall. The new, half-mile-long roadway between Torresdale Avenue and the interchange will connect to Aramingo Avenue at a new signalized intersection at the completion of work.

The Connector also will tie into the new and rebuilt ramps to and from I-95 and the Betsy Ross Bridge during construction of the next contract of ramp improvements (BR2). View the Summer 2020 BRI Construction Update. 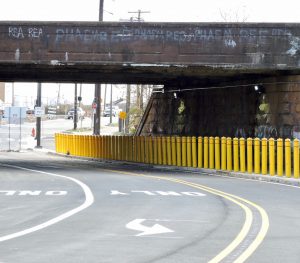 A section of a new multi-use trail has been built adjacent to the Connector. It starts at a decorative plaza with stained stamped concrete, protective bollards, and LED lighting under the railroad overpass at the Torresdale/Adams intersection and winds along the tree-lined Connector to a decorative terminus at Aramingo Avenue. The trail will remain closed to the public east of Ashland Street until the Connector finishes later this year. The trail will ultimately connect to and become part of the Frankford Creek Greenway. 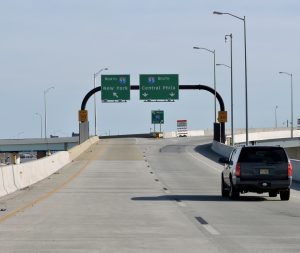 A second contract to improve the ramps at the I-95/Betsy Ross Bridge Interchange (I-95/BR2) is now underway. Get more information about this project here.