Winter 2020-21 – Since beginning work at the northern end of the Interstate 95/Bridge Street Interchange in March 2020, the contractor has made significant progress toward reconstruction of the northbound side of the interstate between Levick and Carver streets in Philadelphia.

A traffic shift in early fall moved three lanes each of northbound and southbound traffic west to clear the work zone for northbound reconstruction. 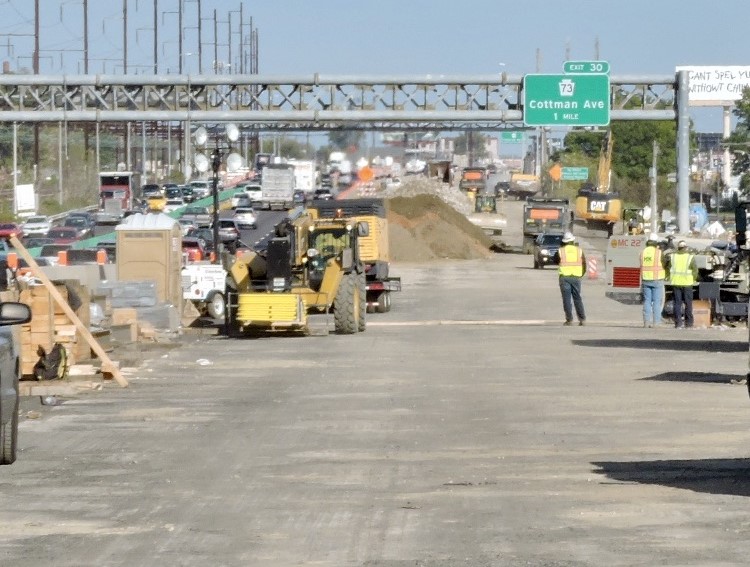 All of the old northbound concrete pavement has been removed in the work area. The excavated concrete will be recycled for possible use on the project as embankments or backfill behind the retaining walls along Tacony Street.

Also on the northbound side, overhead signs and their support structures, and light poles have been removed and will be replaced as part of the ongoing improvements. 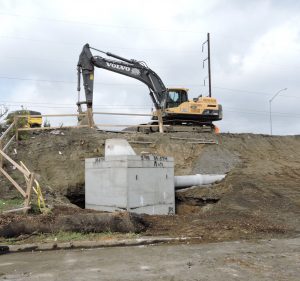 The retaining wall that supported the northbound embankments has been demolished. Temporary shoring continues to be put in place to support the embankment while a new retaining wall is built along the east side of I-95. The new wall is expected to be in place by mid-2021.

Crews have begun installing the project’s stormwater drainage system as the first step in mainline pavement reconstruction. The contractor has completed the installation of the drainage pipes in the embankment along the west side of Tacony Street between Barnett and Robbins streets. A drainage basin is in place near the river under the Tacony Palmyra Bridge at the foot of Levick Street. Over the winter, a 78-inch diameter storm sewer will be installed at the same location on a pile-supported foundation with an outlet in the river.

The superstructures of the northbound halves of the I-95 bridges over Comly and VanKirk streets have been demolished. Work will continue through the winter as weather conditions permit to install shoring and then remove the old abutments and begin excavation for construction of foundations, and eventually formwork, for the bridge’s new support walls. 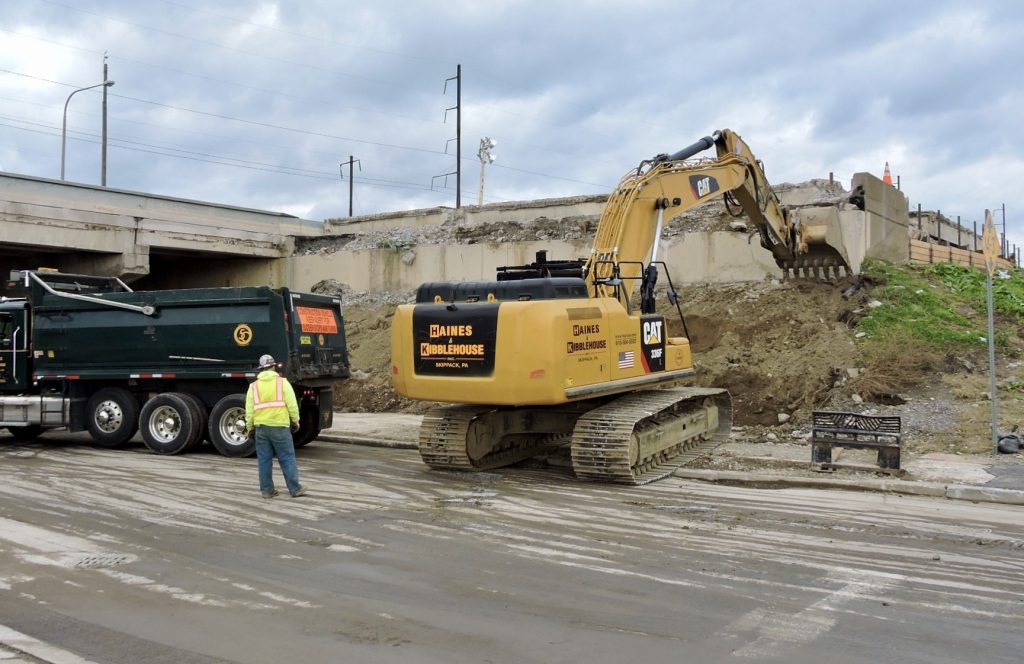 Southbound and northbound I-95 are reduced to three lanes each from just south of the Cottman Avenue Interchange through the Bridge Street exit during this stage and future stages of the three-year BS1 project. Three travel lanes in each direction will remain open during peak travel times, though periodic off-peak lane closures may be in place on I-95 during certain stages of construction operations.

The pattern will be reversed in late 2021 for reconstruction of the southbound lanes and bridges at the northern end of the Bridge Street Interchange. 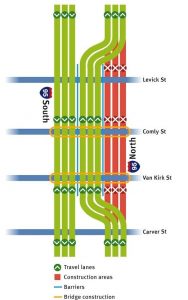 Three travel lanes in each direction will remain open during peak travel times, though periodic off-peak closures may be in place on I-95 during certain stages of construction operations.

Work on this project is being done in accordance with Centers for Disease Control and state Department of Health guidance as well as a project-specific COVID-19 safety plan, which will include protocols for social distancing, use of face coverings, personal and job site cleaning protocols, management of entries to the job site, special signage, and relevant training.