January 9, 2023 – This winter the contractor continues construction on the lower end of the new ramps from the Betsy Ross Bridge and Aramingo Avenue to Interstate 95 south as part of PennDOT’s $93 million project to replace four ramp structures at the I-95/Betsy Ross Bridge Interchange in Philadelphia. 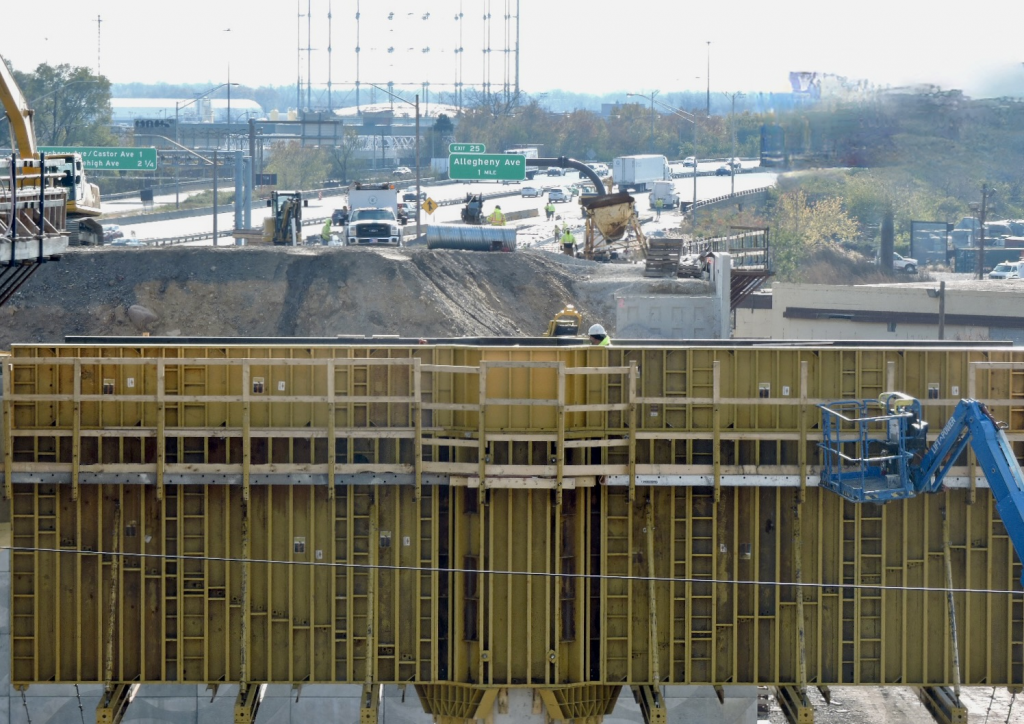 Pier and abutment construction continue on the lower segment where the new ramps will merge. This March, workers will set deck beams in preparation for placing a new concrete deck on the ramp in late spring.

During ramp construction, all traffic to I-95 south continues to run through the interchange at Aramingo Avenue, using the westbound Adams Avenue Connector as part of the detour route. Motorists are being directed to the I-95 south on-ramp at the Bridge Street Interchange. The detour will remain in place until the ramps are completed and opened to traffic in mid-2023. 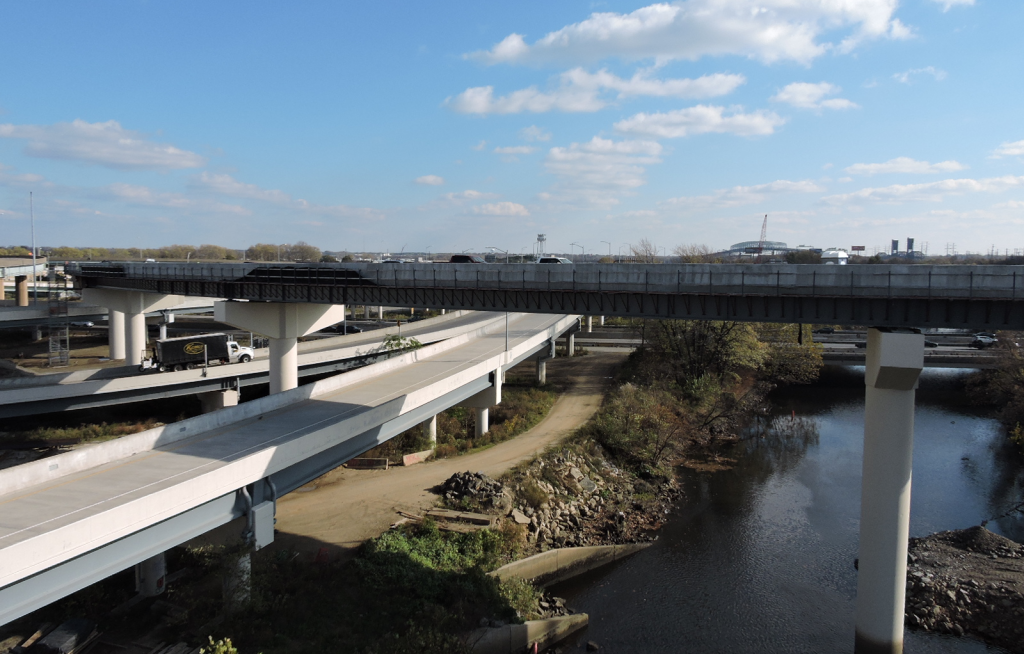 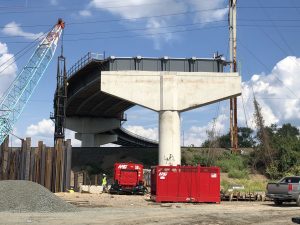 Section BR2 ramp construction started in mid-2020. When BR2 construction finishes next year, the ramps will be tied into improvements that were completed along Aramingo Avenue and Adams Avenue in late 2020.

The improvements that have been made thus far at the Betsy Ross interchange — including widening Aramingo Avenue between Wheatsheaf Lane and Church Street and construction of the Adams Avenue Connector in 2017-2020 — will allow the existing northbound I-95 ramp at Bridge Street to be permanently closed in spring 2023 for reconstruction of the Bridge Street Interchange.

Two additional contracts, Sections BR3 and BR4, will reconstruct almost a mile of I-95’s mainline between the Betsy Ross Bridge and Bridge Street interchanges. Section BR3, which will reconstruct the northbound lanes of I-95 and replace two additional ramps, is scheduled for construction in 2024. Southbound I-95 reconstruction at the interchange is currently scheduled for 2026. The first ramp replacement contract at the interchange, Section BR0, was completed in 2017.