July 16, 2021 – Following the placement of deck beams atop support piers over the first half of 2021, deck construction is underway this summer on sections of the new replacement ramp from the Betsy Ross Bridge to southbound Interstate 95 and Aramingo Avenue.

The $93 million Section BR2 project, the second ramp replacement and interchange improvement contract at the interchange, is part of PennDOT’s larger initiative to rebuild the section of I-95 between Bridge Street and the Frankford Creek. The ramp projects will be followed by two contracts to rebuild I-95’s mainline pavement, overpasses, and structures: Section BR3 in line for northbound construction in 2023; Section BR4, projected for southbound construction in 2026. 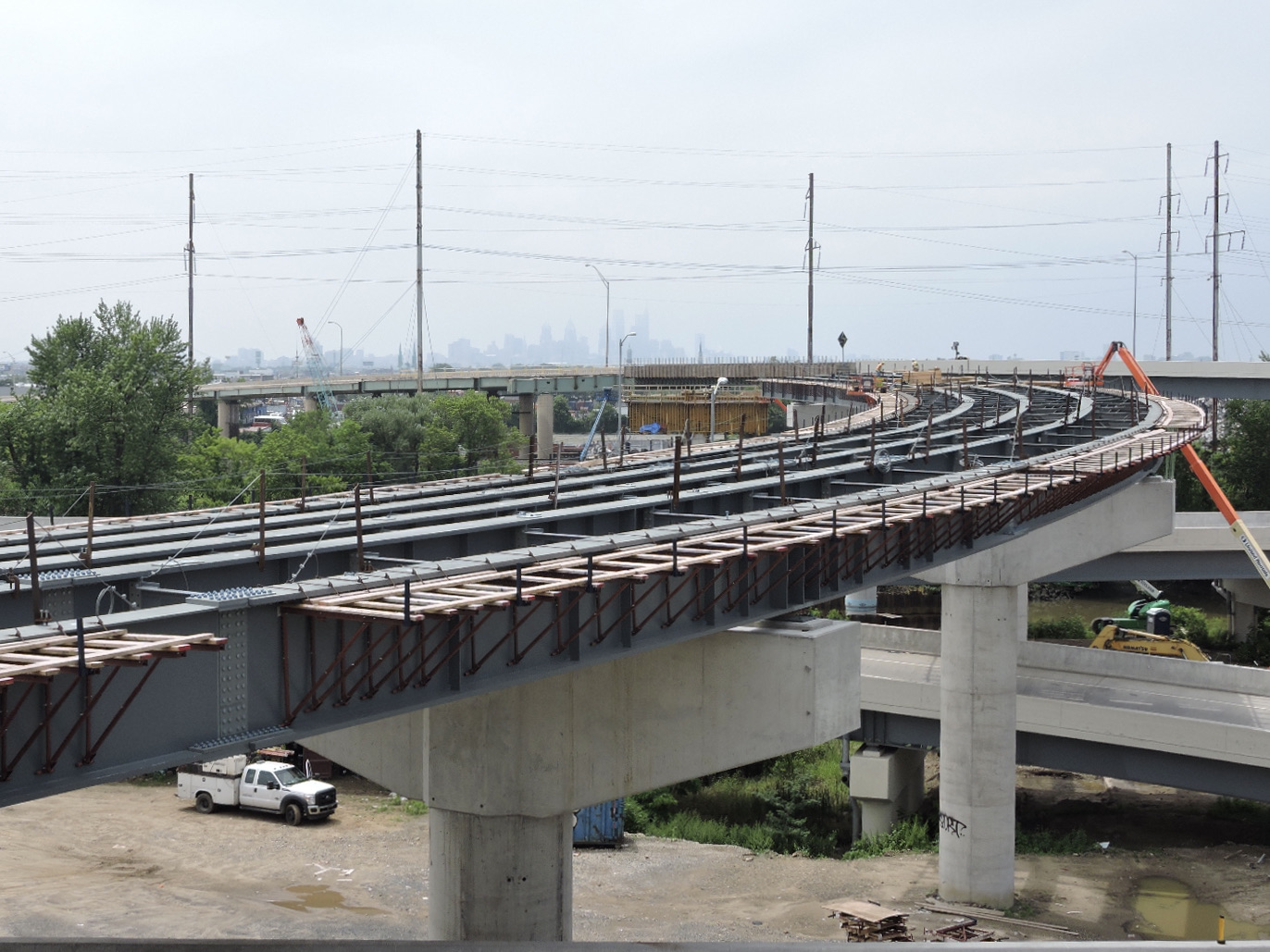 Since BR2 construction started in mid-2020, the old ramp and its supports were removed (along with part of the ramp from the bridge to northbound I-95) and a number of new support piers were built on the east side and middle of I-95.

As construction of the remaining ramp piers continues this summer on the west side of the interstate, PennDOT’s contractor is now building the new deck on sections of the new ramp. Concrete placement on those new ramp sections is expected to start later this summer.

The ramp from the bridge to northbound I-95, which splits from the main ramp coming from the bridge, is also closed for reconstruction of the connection between the two ramps. The new connection will be supported by a new pier as well as a retaining wall along Juniata Street on the east side of I-95 that is expected to be under construction later this summer. 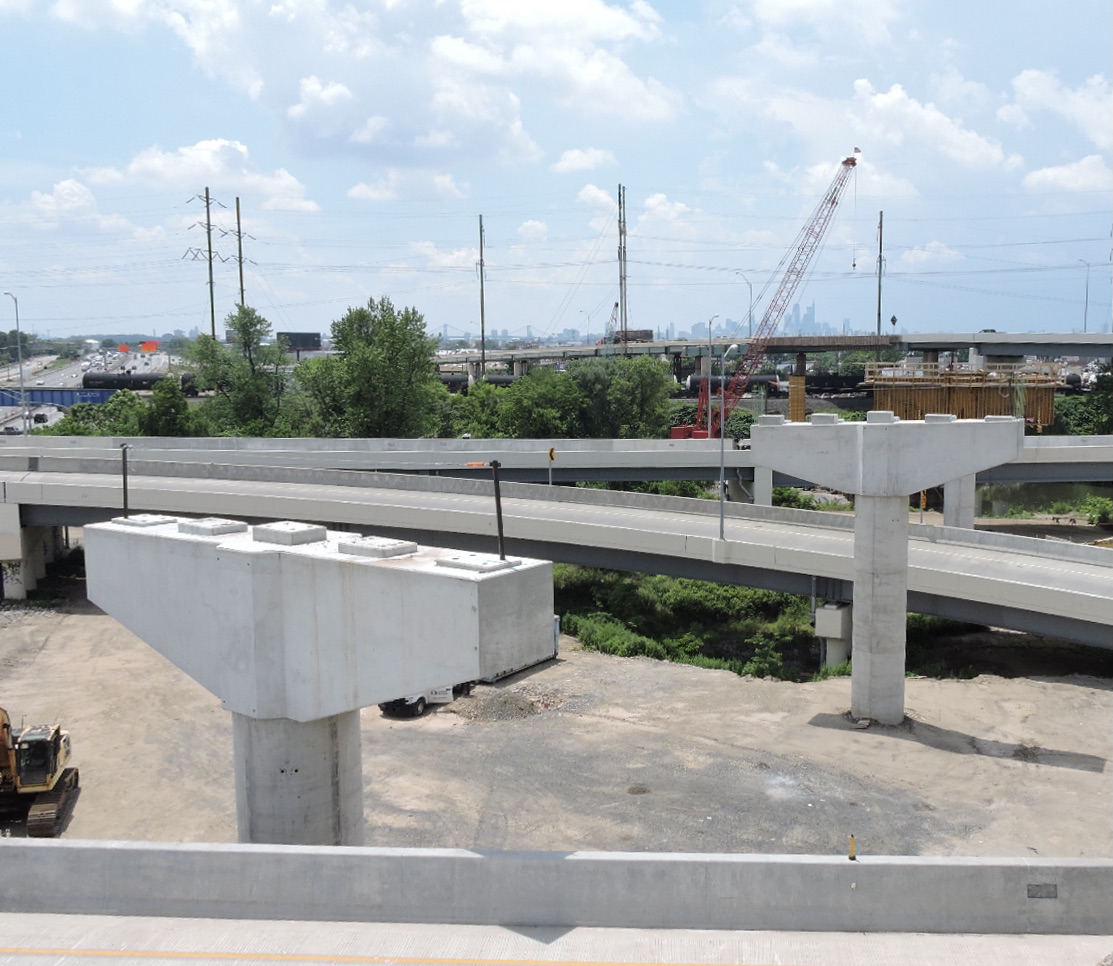 The ramps, which remain detoured through the interchange with Aramingo Avenue on the west side of I-95, will remain closed during construction that is scheduled to be completed in spring 2022.

Deck construction on the southern half of the replacement ramp from northbound I-95 to the bridge will take place this summer. Traffic will then be moved onto the opposite side of the ramp for construction of the northern half of the new structure beginning this fall. The ramp — which also passes over the Frankford Creek — is being rebuilt a half-at-a-time and remains open to traffic.

The ramp from Aramingo Avenue to southbound I-95 will be closed for about 10 months for replacement beginning next spring. 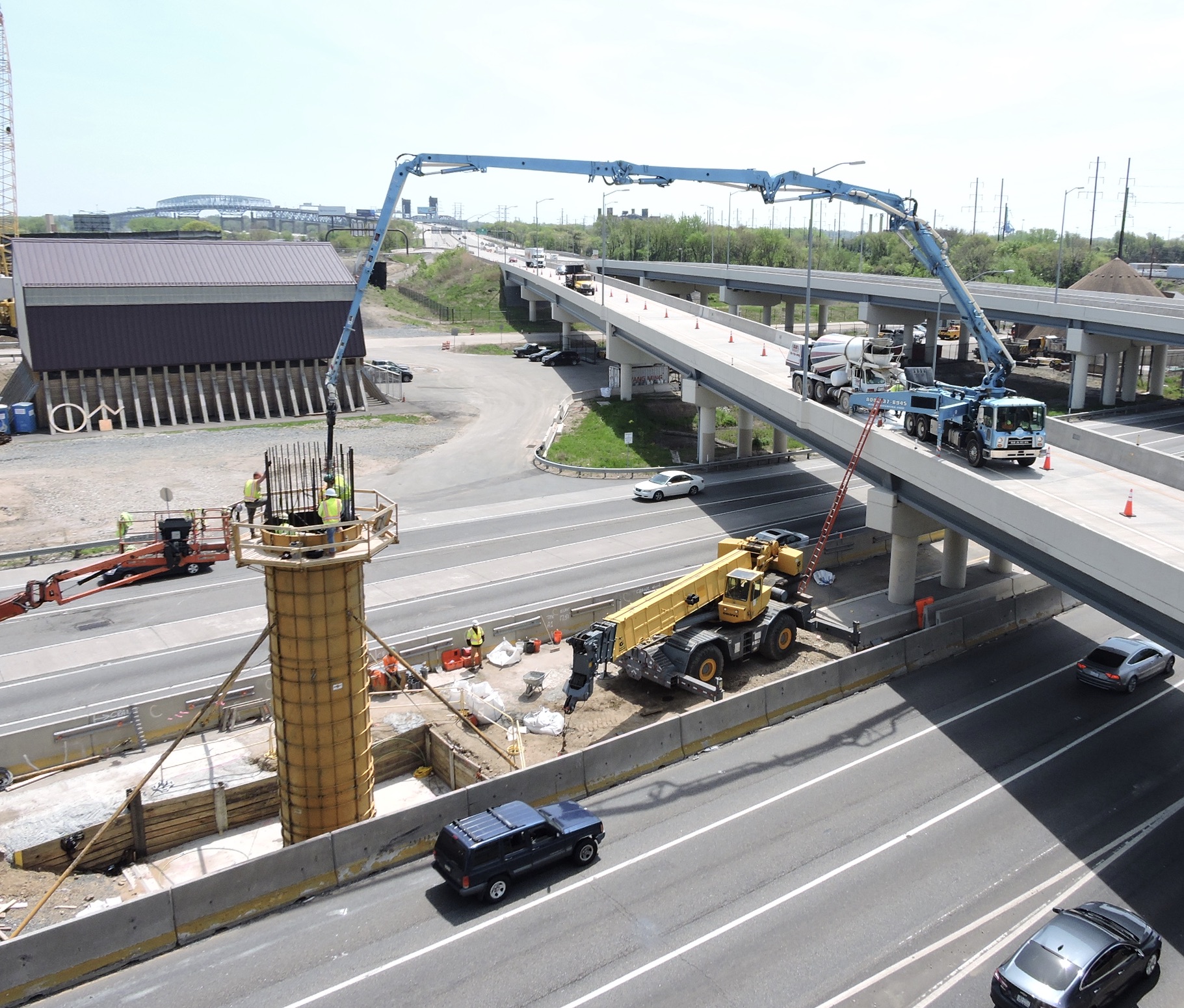 The first ramp replacement contract, Section BR0, was completed in 2017.  Additionally, ramps from the bridge and from Aramingo Avenue to northbound I-95 will be rebuilt under the Section BR3 project scheduled to begin in 2023. At the conclusion of BR3, the entire I-95/Betsy Ross Bridge Interchange will have been rebuilt to meet current and future traffic needs through 2050 and beyond.

When BR2 construction finishes in mid-2022, the ramps will be tied in to improvements that were completed along Aramingo Avenue and Adams Avenue. Two additional contracts, Sections BR3 and BR4, will reconstruct almost a mile of I-95’s mainline between the Betsy Ross Bridge and Bridge Street interchanges.