January 16, 2020 –Construction at the Interstate 95/Betsy Ross Bridge Interchange continues this winter on improvements to surface streets that funnel traffic to and from the interchange. 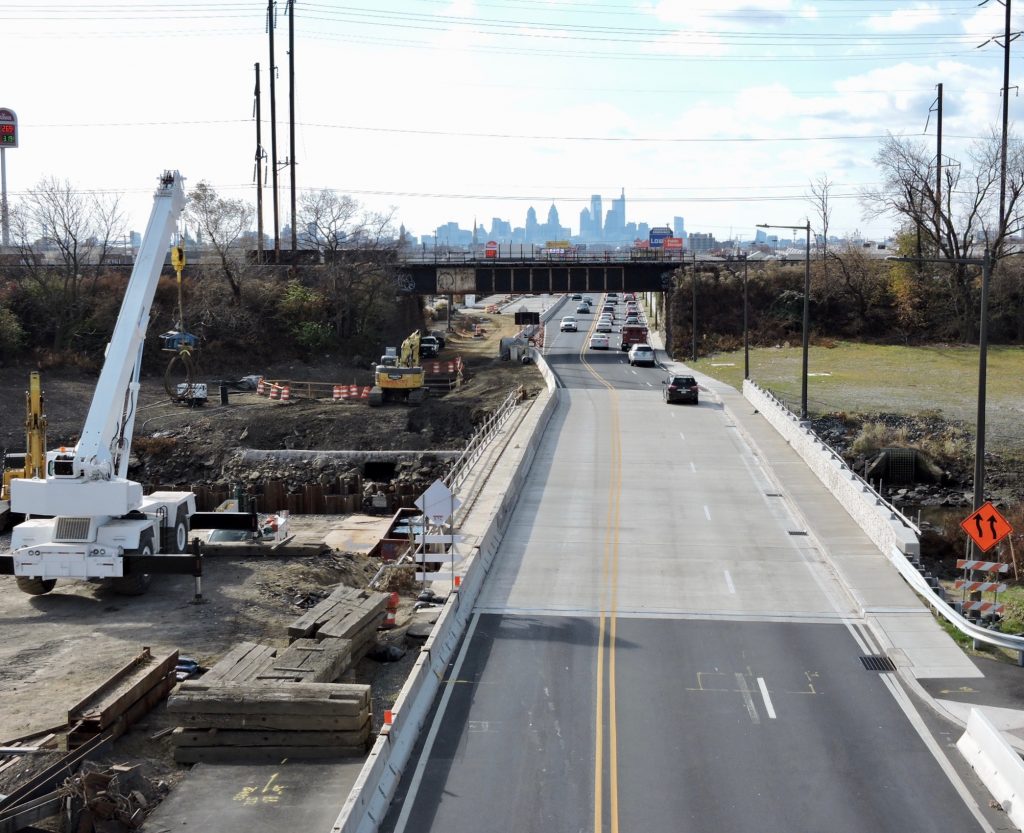 Work underway to rebuild the northeast (east) side of the Aramingo Avenue bridge over the Frankford Creek and reconstruct the northbound lanes of Aramingo Avenue between Wheatsheaf Lane and Church Street remain a significant part of construction at the interchange. Crews have dismantled the east section of the bridge and will build the abutments for the new structure as conditions permit over the winter, preparing the structure for beam placement and deck construction over the coming months.

Construction also continues on replacing the northbound pavement on Aramingo Avenue and installing new stormwater drainage pipes and inlets. Aramingo Avenue is being widened to include four lanes between Wheatsheaf Lane and the new intersection with the under-construction Adams Avenue Connector. The widening expands to six lanes from Adams Avenue to Church Street to accommodate right and left-turn lanes at Church Street, the ramps to I-95 and the bridge, and to the new intersection with Adams Avenue.

Also at the interchange work area construction is underway on ramps connecting Aramingo Avenue and Adams Avenue to I-95 and the Betsy Ross Bridge. 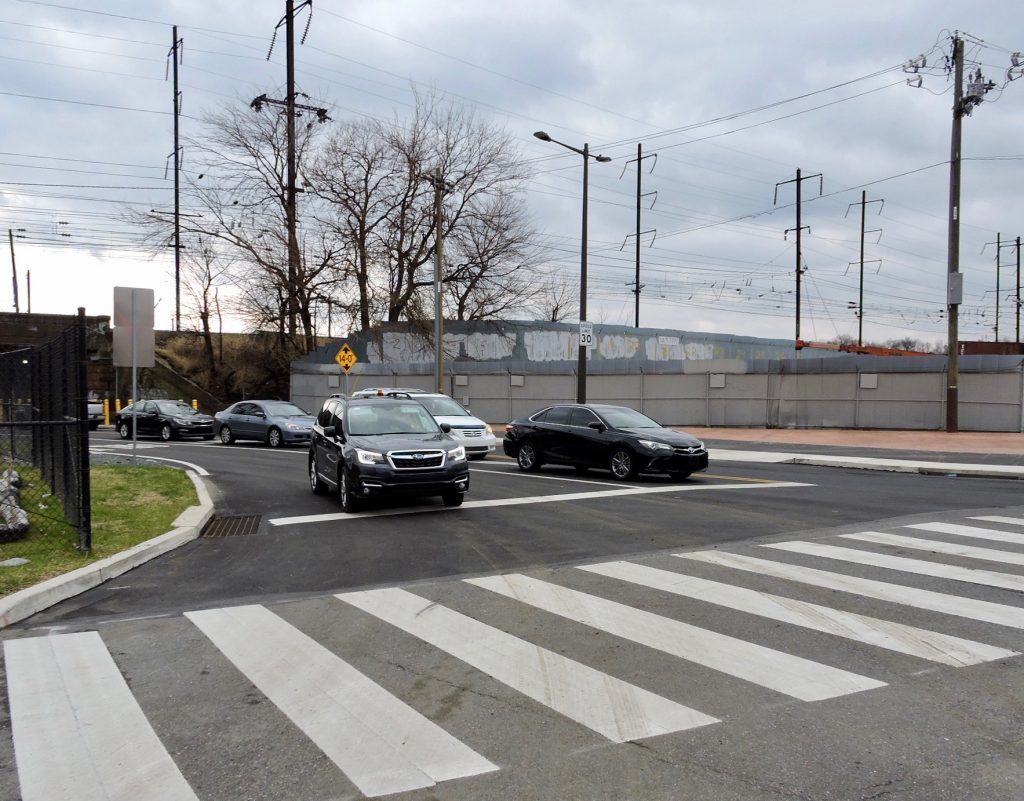 Pedestrians will find a small section of the new multi-purpose trail and new sidewalks on Adams Avenue and Tacony Street. A decorative plaza, with stained stamped concrete, protective bollards, and LED lighting under the railroad overpass at the Torresdale/Adams intersection marks the entry to the trail, which will remain closed to the public east of Ashland Street while work continues on the Connector. The trail will ultimately connect to and become part of the Frankford Creek Greenway. 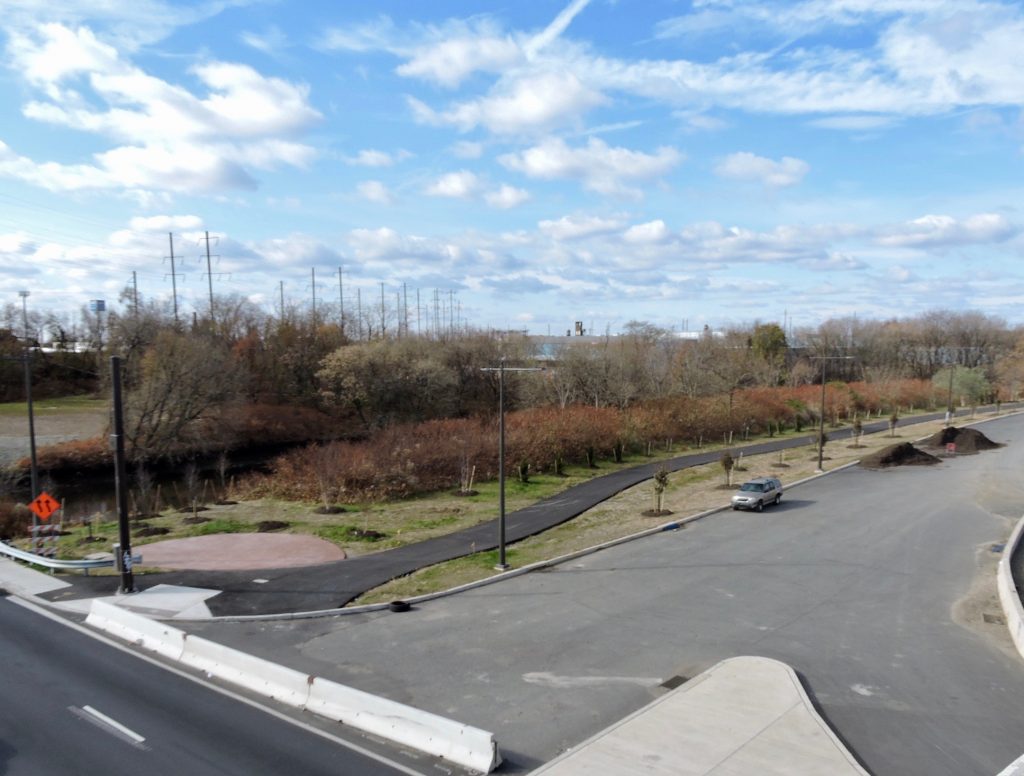 Construction of the remainder of the new Adams Avenue Connector also continues through mid-2020. The new, half-mile-long roadway between Torresdale Avenue and the interchange will connect to Aramingo Avenue at a new signalized intersection at the completion of work. It also will tie into the new and rebuilt ramps to and from I-95 and the Betsy Ross Bridge at that time.
Improvements along Torresdale Avenue between Frankford Avenue and Adams Avenue have been completed as part of the Adams Avenue Connector improvements, including new water mains and sidewalks.
PennDOT is reconstructing, extending, and improving both Adams Avenue and Aramingo Avenue to improve connections between the I-95 interchanges at Bridge Street and the Betsy Ross Bridge. The work is being done under an $81 million contract to jointly improve both roads. A second contract to improve Aramingo Avenue between Church Street and Tacony Street will be built during the later stages of the Bridge Street Interchange Improvement Project (I-95/BSR).