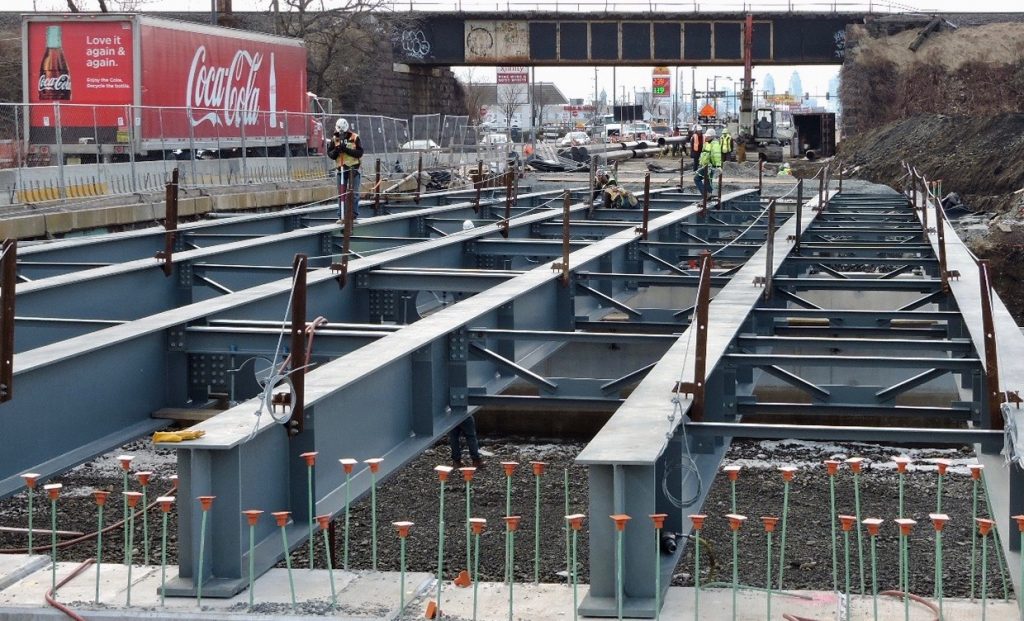 January 2018 – Widening and bridge construction continue on the southbound (west) side of Aramingo Avenue along with construction on the Adams Avenue Connector, 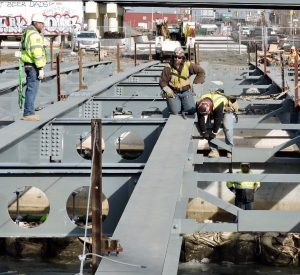 two surface street improvement projects underway simultaneously and designed to more efficiently move traffic to and from Interstate 95, the Betsy Ross Bridge and the communities to the west of the busy interstate.

Crews have set beams and have begun construction of the deck for the southbound (west) side of Aramingo Avenue bridge over the Frankford Creek (above, right). The bridge section’s concrete deck is scheduled to be poured in early spring. The bridge is being built a half-at-a-time in order to maintain traffic flow on Aramingo Avenue, with one lane northbound and two lanes southbound through the work area. 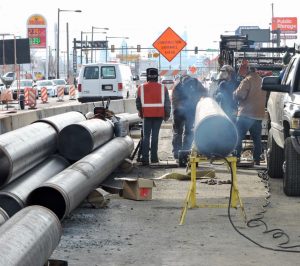 Work activities will then move to the center of Aramingo Avenue for additional utility work (left) this spring before moving to the east (northbound) side of the bridge and roadway later in 2019.

Aramingo Avenue is being widened to include four lanes between Wheatsheaf Lane and Adams Avenue and six lanes from Adams Avenue to Church Street. Turn lanes also will be added at Church Street, the ramps to I-95 (below) and the bridge, and to the new intersection with Adams Avenue. 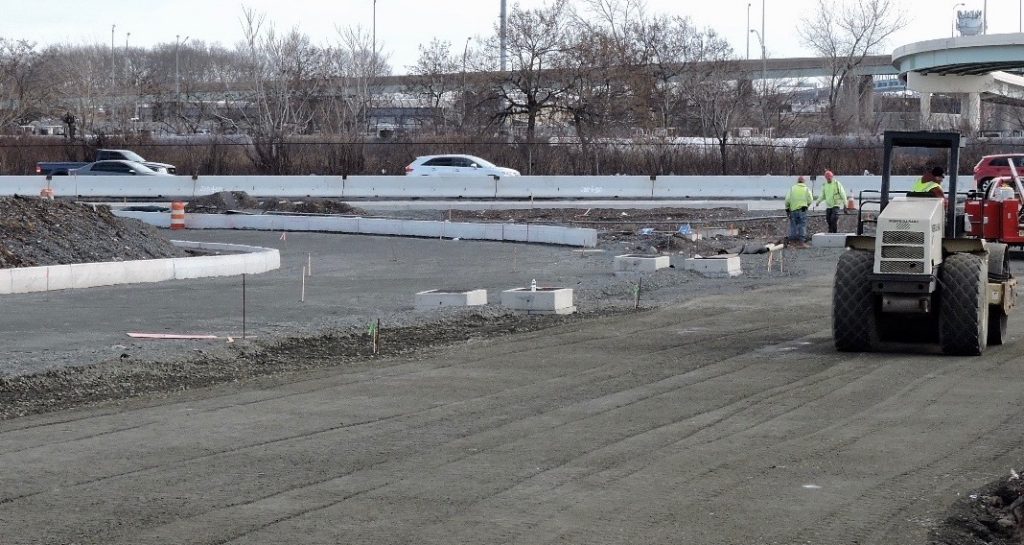 Base pavement is in place on much of the new Adams Avenue Connector, the new, half-mile long roadway between Torresdale Avenue and Aramingo Avenue, with connections to the new and rebuilt ramps to I-95 and the Betsy Ross Bridge.

Construction continues this winter at the new Adams Avenue intersection with Torresdale Avenue, including additional utility work, construction of curbs and sidewalks (above), and other work prior to the intersection reopening in mid-to-late spring.

Much of the multi-use trail that is being built adjacent to the Connector is in place. The trail will ultimately become part of the Frankford Creek Greenway.

Crews in 2017 finished installation of new water mains along Torresdale Avenue between Frankford Avenue and Adams Avenue as part of the Adams Avenue Connector improvements. New sidewalks and curb will be constructed along the west side of Torresdale Avenue during one of the final stages of the project in 2019. 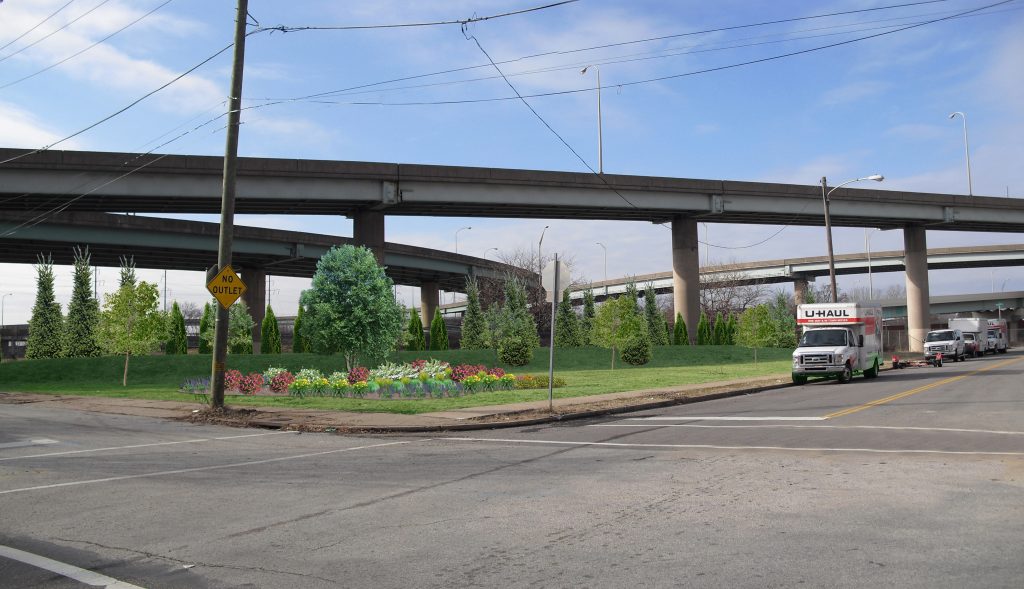 A second contract to improve Aramingo Avenue between Church Street and Tacony Street will be built during the later stages of the Bridge Street Interchange Improvement Project.