January 2018 – Demolition and reconstruction is underway on the west side of the Aramingo Avenue bridge over the Frankford Creek, the first stage of the widening of Aramingo Avenue between Church Street and Wheatsheaf Lane to improve access to and from the new and rebuilt ramps to and from I-95 and the Betsy Ross Bridge. 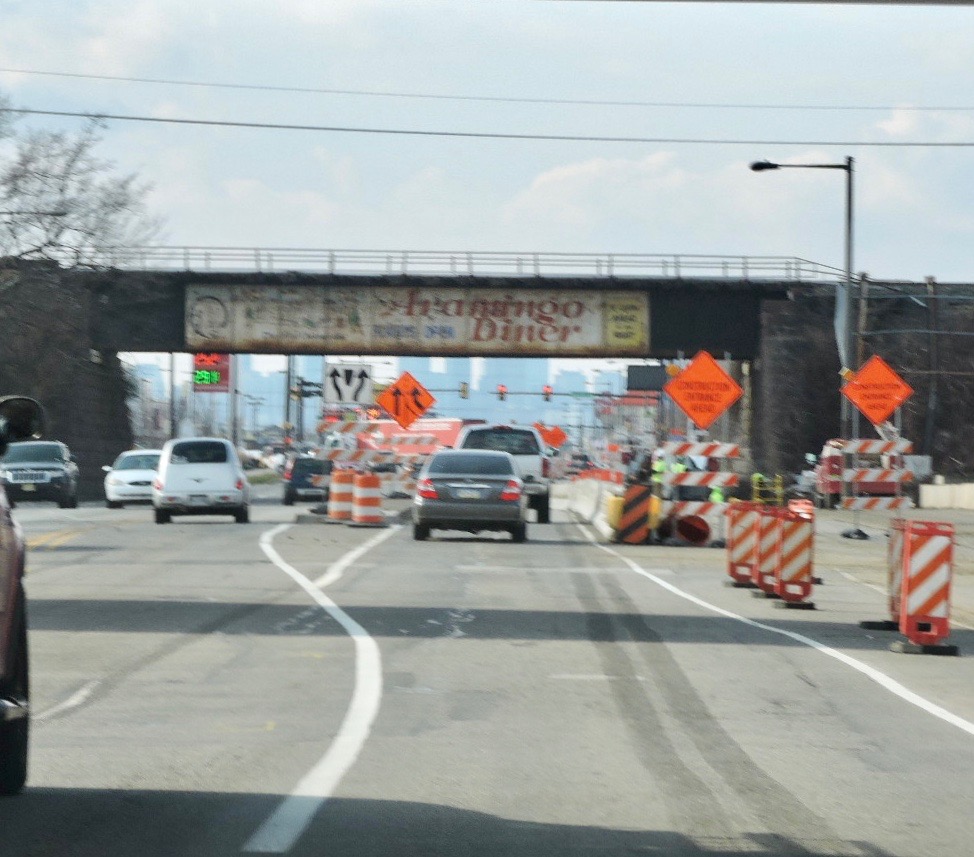 Once the western section of the old bridge is demolished, crews will begin building the corresponding section of the new bridge. The bridge is being built a half-at-a-time in order to maintain traffic flow on Aramingo Avenue, with one lane northbound and two lanes southbound through the work area.

Work continues on the reconstruction and extension of Adams Avenue between Torresdale Avenue and Aramingo Avenue and the ramps to and from I-95 and the Betsy Ross Bridge. Crews are installing drainage (below) and preparing the sub-base grade of the Connector for paving later this year. 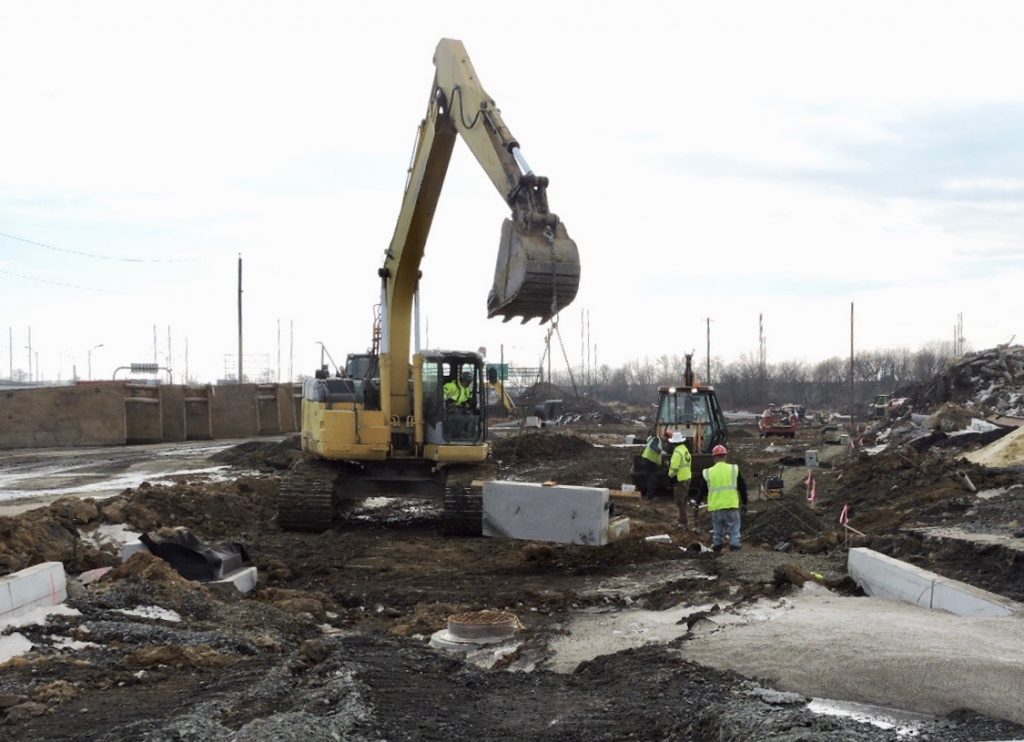 Construction on the first-of-two contracts to improve ramp connections between I-95, the Betsy Ross Bridge and surface streets in the vicinity of the interchange was substantially completed in late 2017.

Work on the $160.3 million ramp improvement project began in early 2015, rebuilding and improving the ramps:

Both ramp projects, along with improvements to Aramingo Avenue and Adams Avenue that remain under construction, are part of PennDOT’s larger plans to rebuild and improve the I-95 and its interchanges at both the Betsy Ross Bridge/Aramingo Avenue and Bridge Street.