April 2018 – Construction of the Adams Avenue Connector is progressing eastward from Tacony Street toward its connections with the new ramps at the I-95/Betsy Ross Bridge Interchange and a new, signalized intersection with Aramingo Avenue. 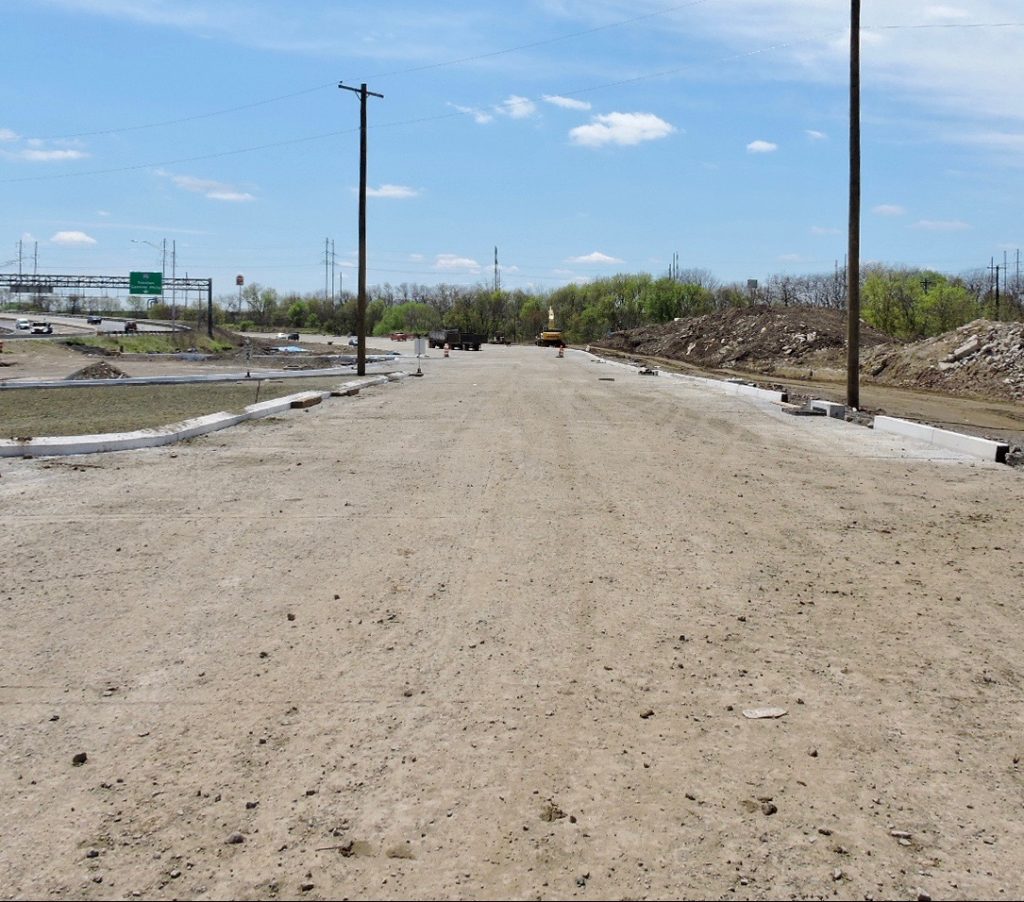 PennDOT is building a 2,200 foot extension of Adams Avenue — the Connector —  that winds between a new intersection with Tacony Street and Aramingo Avenue. Along the way the Connector will tie in to the new ramps to and from Interstate 95 and the Betsy Ross Bridge on the west side of Aramingo Avenue. 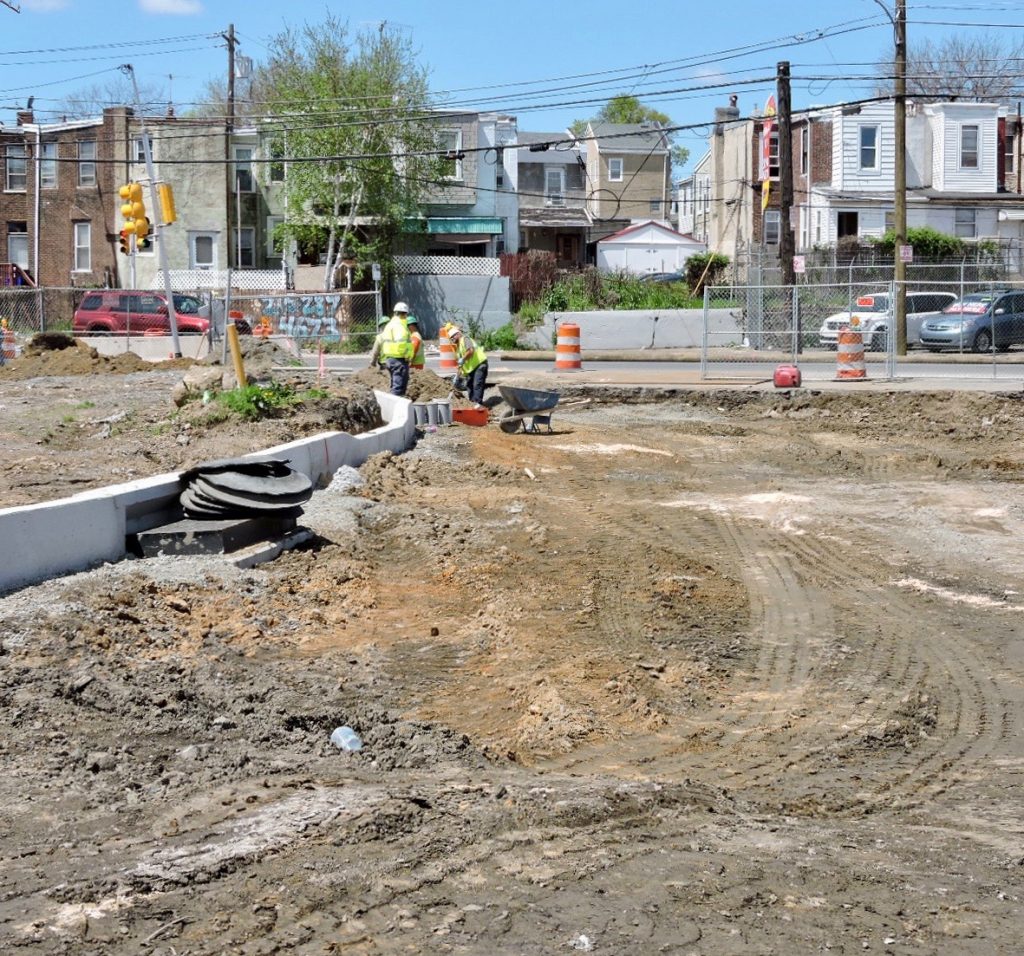 Work began this spring to rebuild the 900-foot section of Adams Avenue from a new intersection with Torresdale Avenue (above), passing under the Amtrak overpass, to where it connects with the new Tacony Street intersection. Adams Avenue will be closed and detoured later this spring between Torresdale Avenue and Tacony Street for this construction. 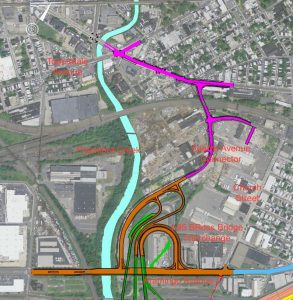 Work on the extension of Adams Avenue is being coordinated with construction underway concurrently to widen and improve Aramingo Avenue between Church Street and Wheatsheaf Lane (I-95/BS4).

Demolition and reconstruction of the western half of the Aramingo Avenue bridge over the Frankford Creek is underway (below) and will continue over the coming months. The bridge is being built a half-at-a-time in order to maintain traffic flow on Aramingo Avenue, with one lane northbound and two lanes southbound through the work area. 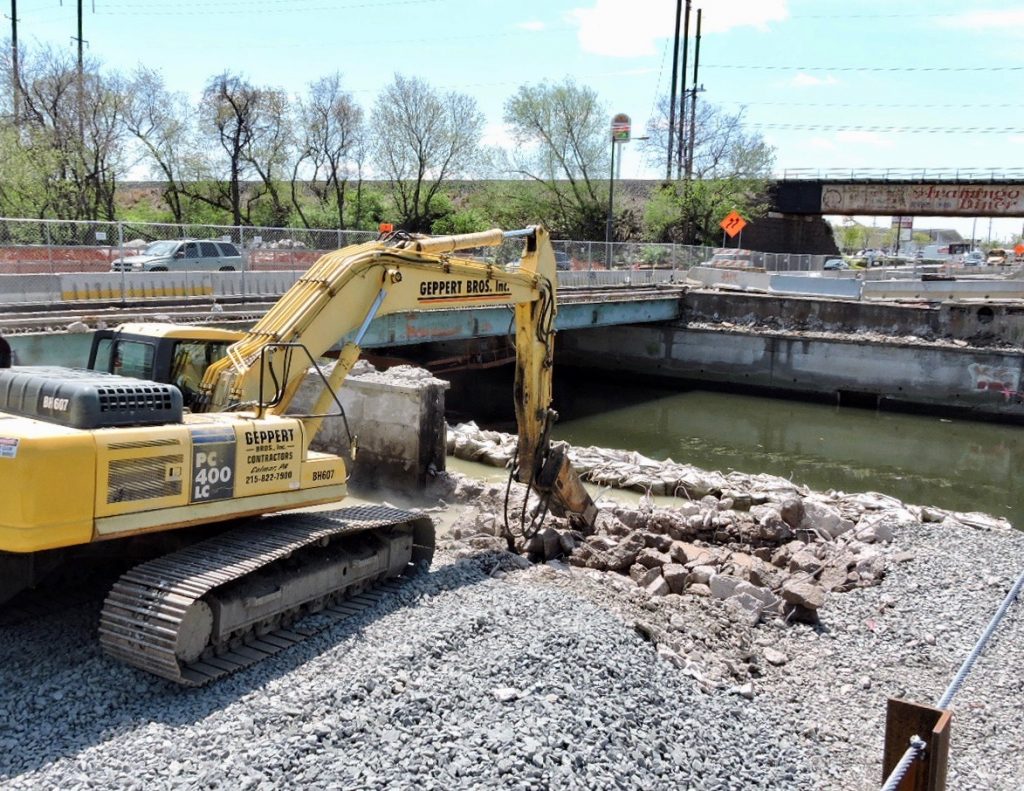 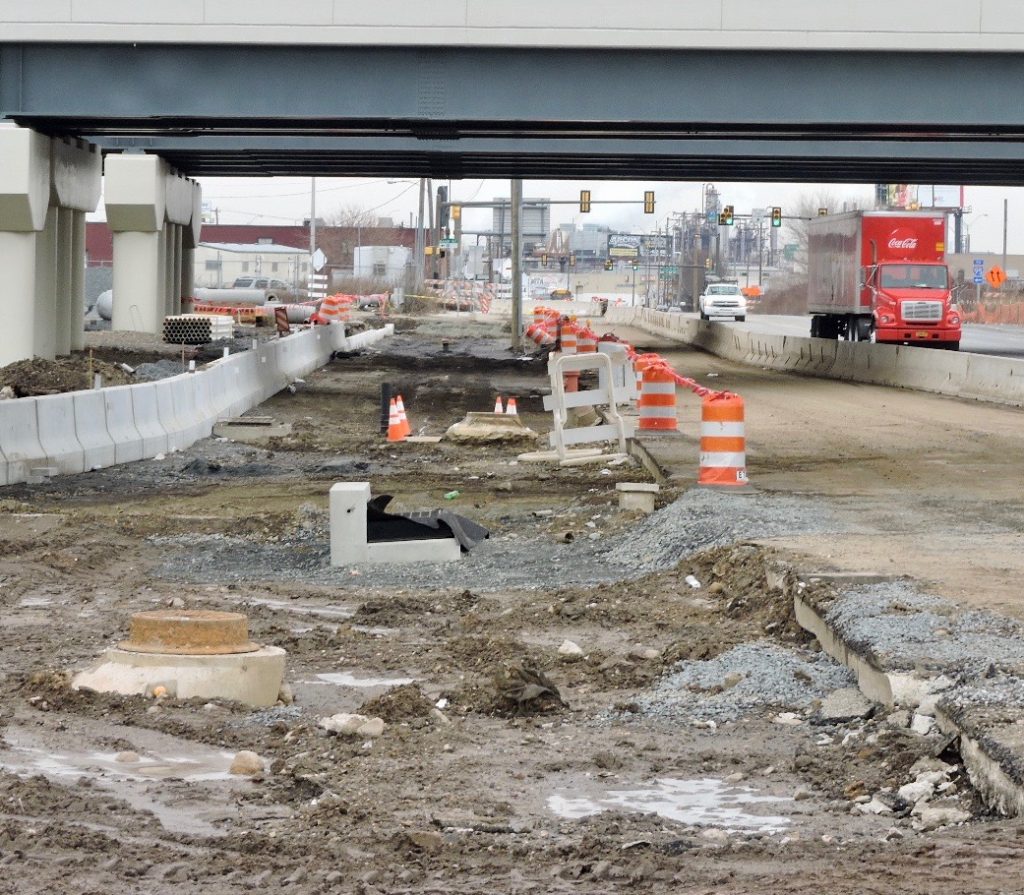