July 2017 – As construction to improve ramp connections between Interstate 95, the Betsy Ross Bridge and surface streets in the vicinity of the interchange heads for completion this fall, work continues on improvements to Aramingo Avenue and on Adams Avenue in the vicinity of the interchange. The following is a summary of the improvements that have been completed or will continue through summer. 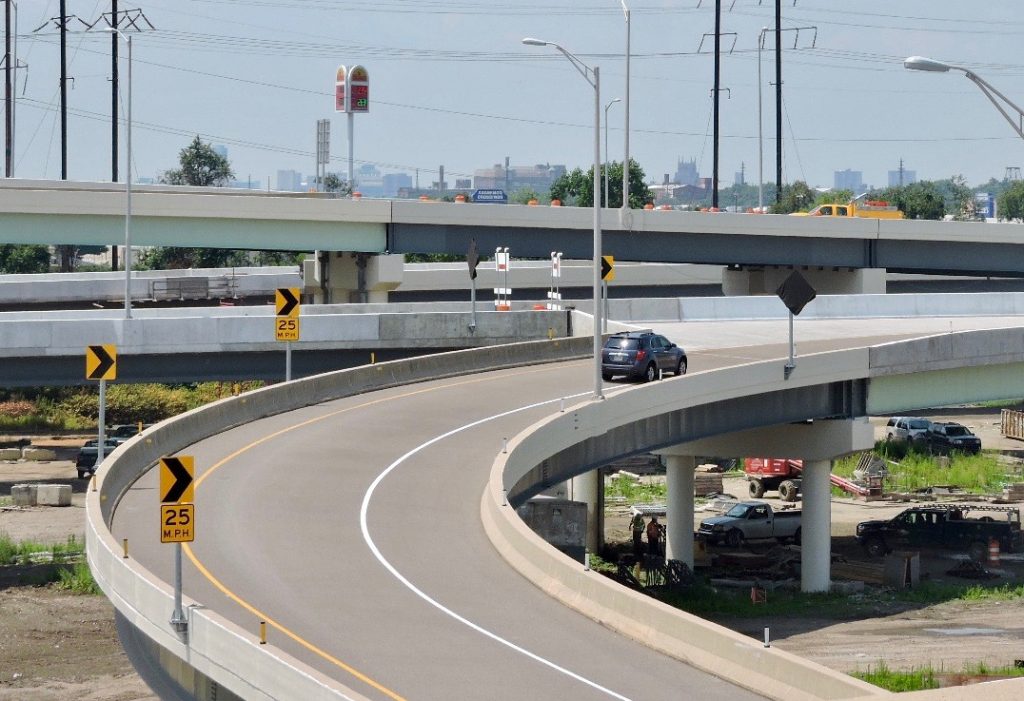 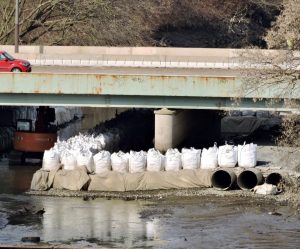 Widening continues on the west side of the Aramingo Avenue bridge over Frankford Creek (right). It’s the first stage of the widening of Aramingo Avenue between Church Street and Wheatsheaf Lane that will improve access to and from the new and rebuilt ramps to and from I-95 and the Betsy Ross Bridge.

Over three-plus years of construction on the $81 million project, Aramingo Avenue will be widened to four lanes between Wheatsheaf Lane and Church Street, with turn lanes to Church Street, the ramps to I-95 and the bridge, and to Adams Avenue (Adams Avenue Connector), which also is being improved as part of this project.

Installation of a new water main on the east side of Torresdale Avenue between Frankford Avenue and Adams Avenue, part of early-stage construction on the Adams

Avenue Connector, has been completed. Work is underway this summer to install a new main on the west side of Torresdale Avenue.

Construction of the realigned intersection of Tacony Street and Adams Avenue also is underway (left) with utility work and drainage installation among the early activities there. Demolition of several properties on Adams Avenue and on Ashland Street east of Torresdale Avenue will take place this summer. 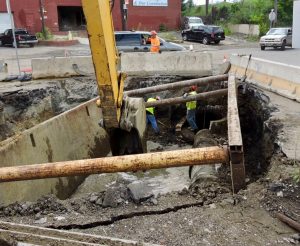