Track Installation Begins in July at Ann Street as Construction of New Curbs, Sidewalks Finishes in August Near Allegheny

July 2019 – The reconstruction and improvement of a section of Richmond Street in Port Richmond enters its final stage this summer as curb and sidewalk construction finishes and installation of new trolley rails begins between Ann Street and SEPTA’s Westmoreland Loop terminal. 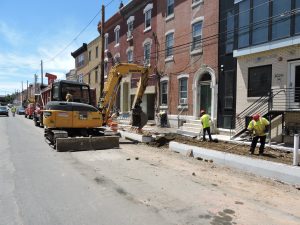 The work is being done under PennDOT’s $32 million I-95/AF1 project to improve traffic flow on surface streets in the are during, and after, PennDOT rebuilds Interstate 95 and the Allegheny Avenue/Castor Avenue Interchange in several years. AF1 construction will be followed by a second surface street project, AF2, that will improve sections of Delaware Avenue, Allegheny Avenue, and Castor Avenue beginning in 2021.

Installation of new rails for SEPTA’s Route 15 trolley began at the southern end of the Richmond Street project at Ann Street in mid-July. The new rails will connect with rails installed earlier as part of the Girard Avenue Interchange project. Track installation, like the previous curb/sidewalk work, will proceed south-to-north a couple of blocks at a time through the end of the year.

As rail installation ramps up at the southern end of the project, construction of the new curbs, sidewalks, and the other edges of pavement finishes in August at E. Westmoreland Street.

During ongoing roadway construction, Richmond Street residents are now enjoying some of the quality-of-life amenities promised under the AF1 project, including new sidewalks and crosswalks, upgraded utilities – including new water and gas main connections to each residence – that were installed during the first phase of the project in 2018. Decorative street lights will be installed this summer, and trees will be planted this fall in “tree boxes” designed to adequately water the root systems in urban settings. 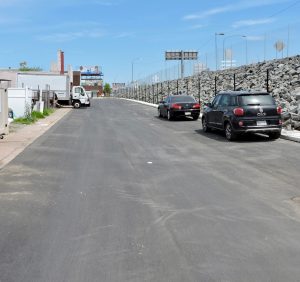 Additional residential parking also is now available on reconstructed Melvale Street, where street lights will be added over the coming months.

Richmond Street remains closed to southbound traffic for the remainder of construction. Northbound Richmond Street, which remains open to local traffic during construction, will also be closed in two-block sections during track installation, with local detours in place for residents.

During continuing work to improve Richmond Street, on-street parking will be eliminated around-the-clock on the side of the street where work is taking place. There also will be a period of several days during each phase when parking on both sides of the street in the area of construction will be prohibited.

Cars parked in the temporary No Parking areas will be towed to a permitted parking space as close as possible to the area where originally parked. 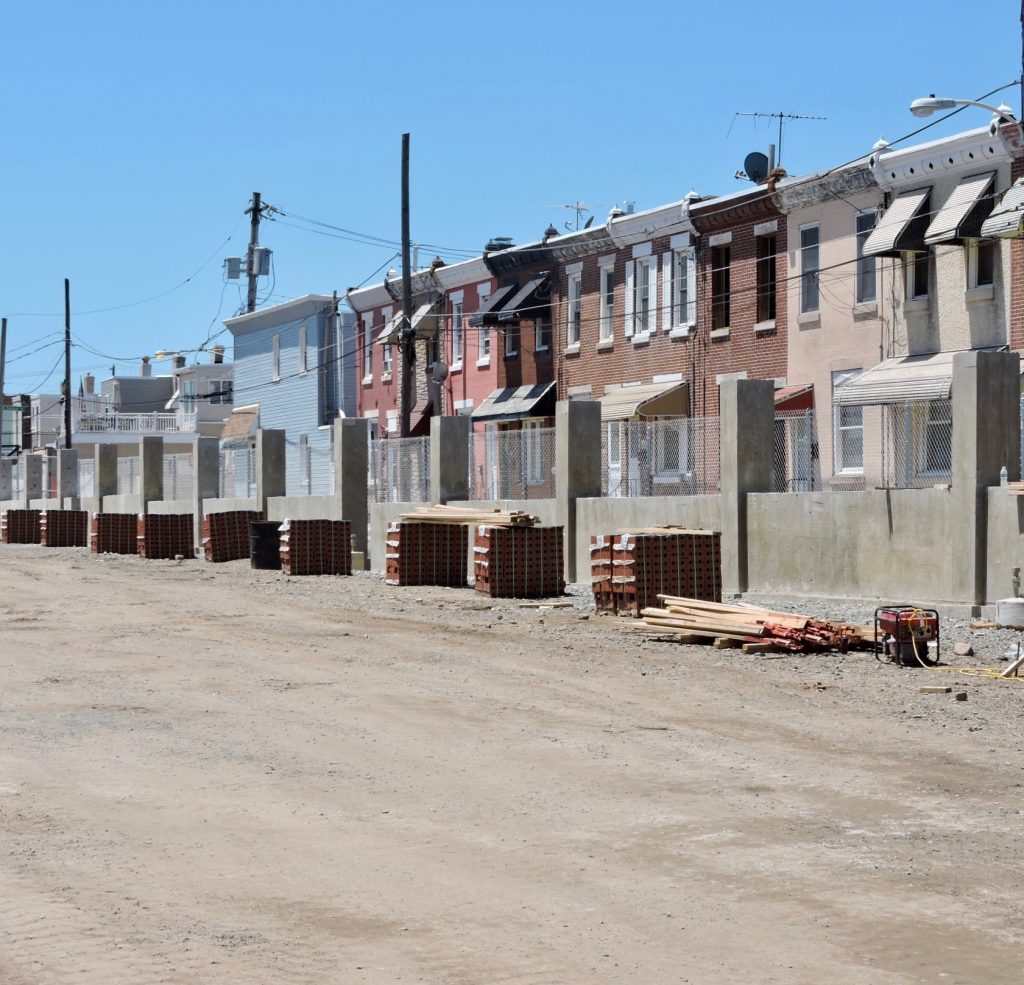 Construction also continues this summer on SEPTA’s Westmoreland Loop terminal. The new perimeter wall is being built along Emery Street, and foundations for the facility’s new buildings are in place. SEPTA will complete construction of the terminal’s new buildings and loading platforms over the coming months.

During construction of the terminal, which is scheduled to be completed this fall, riders have been relocated to a temporary terminal on Allegheny Avenue near Richmond Street.