April 2019 – Construction of the new curbs and sidewalks is underway this spring on Richmond Street from Ann Street to Allegheny Avenue in Port Richmond. 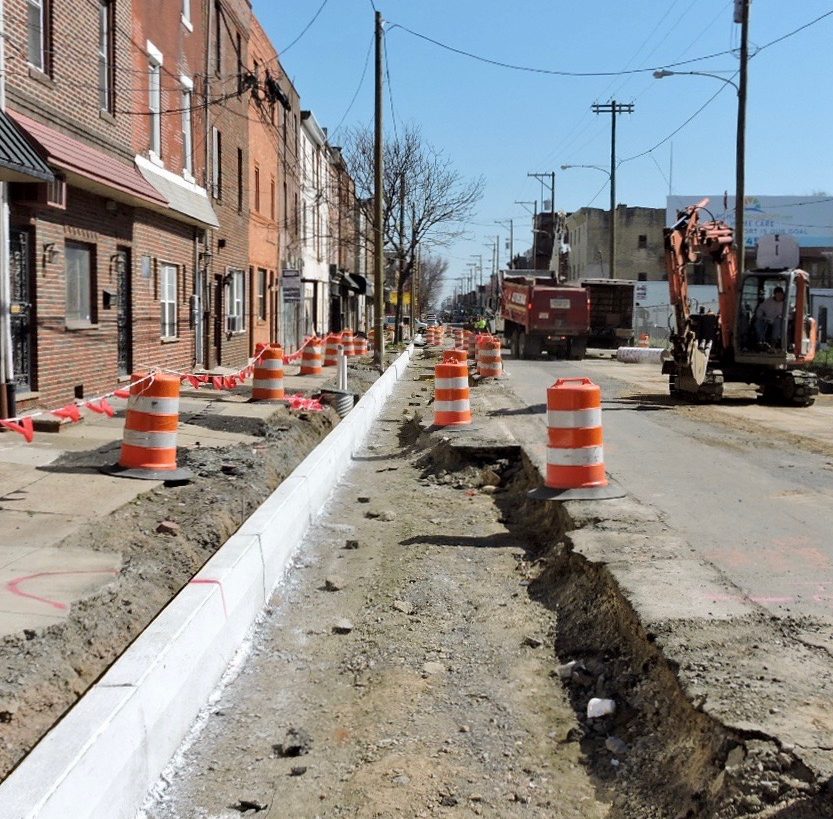 PennDOT’s contractor over the winter completed installation and relocation of utilities prior to starting curb/sidewalk construction in early spring at the southern end of the Richmond Street work area at Ann Street. 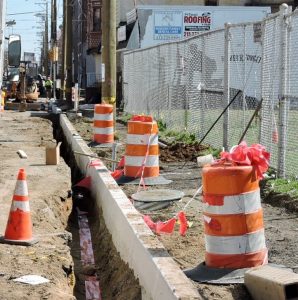 Initial work is underway a side-at-a-time between Ann Street and Indiana Avenue (above, right) through early May, with curb construction taking place during the first two weeks of each of the three phases, followed by construction of sidewalks. PennDOT also will replace basement entrance doors that are located in the areas where sidewalks are being replaced.

From early May until early June, new curbs and sidewalks will be under construction between Indiana Avenue and Clearfield Street. The final segment, Clearfield Street to Allegheny Avenue, is expected to finish by early July.

New street lighting will also be installed during each of the three phases.

During this operation, on-street parking will be eliminated around-the-clock on the side of the street where the curb is being installed. There also will be a period of several days during each phase when parking on both sides of the street in the area of construction will be prohibited. 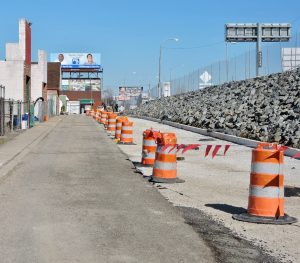 Cars parked in the temporary No Parking areas will be towed to a permitted parking space as close as possible to the area where originally parked.

Once the curb has been completed, overnight parking will be permitted between 4:00 PM. and 7:00 AM. 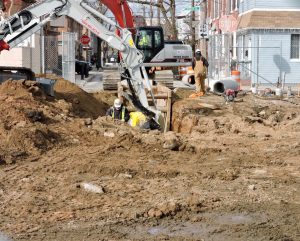 Construction also continues on improvements to SEPTA’s Westmoreland Loop. Installation of sub-surface utilities (right) is expected to finish in early spring, followed by construction of the new perimeter wall and fence and foundations for the facility’s new building and platforms.

During construction, which is scheduled to be completed this fall, SEPTA riders have been relocated to a temporary terminal on Allegheny Avenue near Richmond Street.

The project (I-95/Section AF1) includes construction of new concrete sidewalks, curbs, and ADA ramps on both sides of Richmond Street; new traffic signals; replacement of SEPTA’s Route 15 Trolley tracks and catenary poles and wires; and other improvements along the corridor. 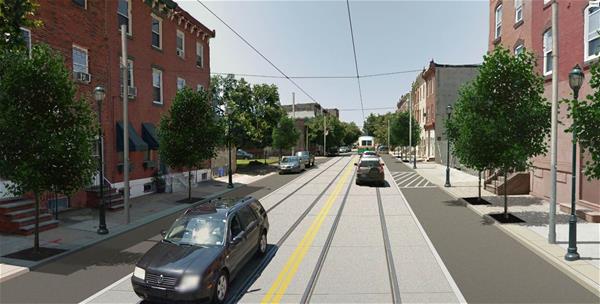 Construction in 2019 will widen Richmond Street by two feet from Ann Street to Allegheny Avenue, with the northbound and southbound travel lanes each being widened by one foot.

The roadway and SEPTA Route 15 trolley tracks and catenary poles all will be reconstructed from Ann Street to Westmoreland Street, and new ornamental pedestrian-scale street lighting (or conventional street lights on wooden poles) will be installed and street trees will be planted where possible (above rendering).

The improvements are done under PennDOT’s $32 million I-95/AF1 project that will reconstruct and improve Richmond Street between Ann Street and E. Westmoreland Street (I-95/AF1), the first contract in the larger effort to rebuild I-95 between Allegheny Avenue and Frankford Creek (I-95/AFC).