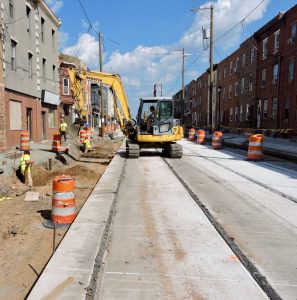 October 11, 2019 – Construction on Richmond Street between Ann and Westmoreland streets in Port Richmond is expected to be substantially completed and Richmond Street reopened to northbound and southbound motorists by year’s end.

Contractors this fall will finish installations of new sidewalks, curbs, ADA curb ramps, traffic signals, streetlights, and rails and catenary poles for SEPTA trolleys. (Installation of overhead catenary wires and underground power for the trolleys will begin late this year and continue through next spring.) 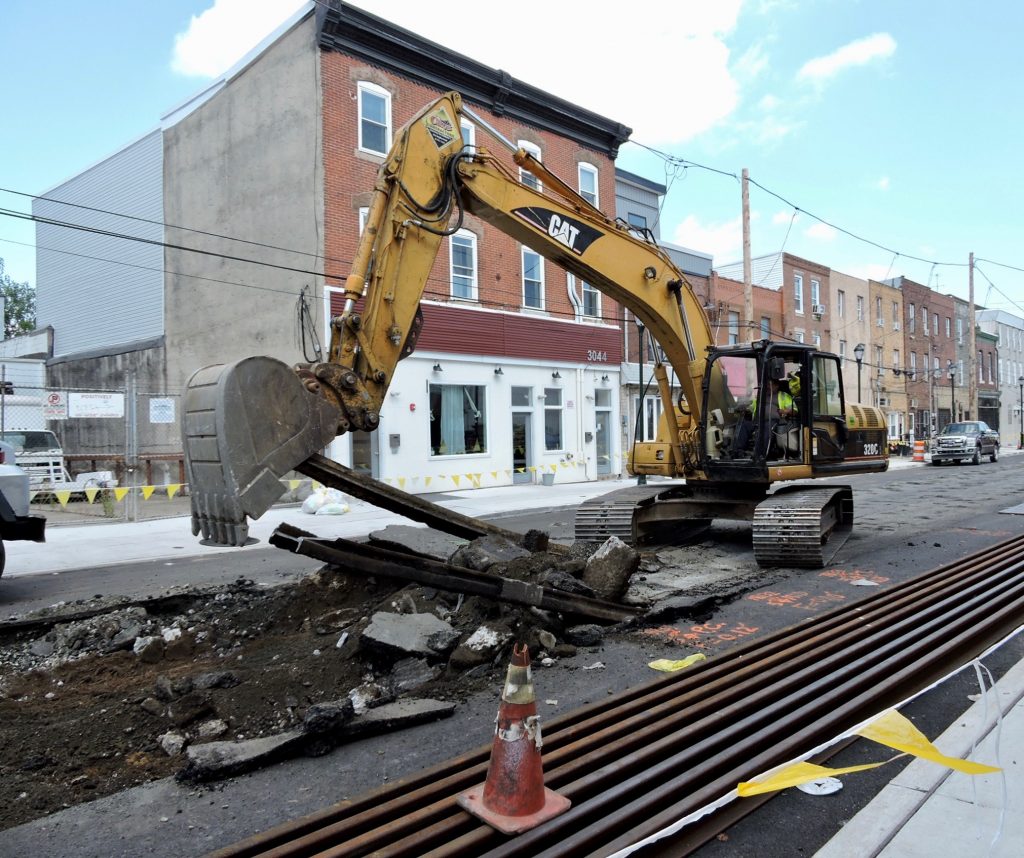 Also this fall, crews will complete the installation of the trolley rails from Clearfield Street, through the intersection with Allegheny Avenue and into the Westmoreland Loop terminal, which also is being rebuilt under the AF1 contract. A new brick perimeter wall is in place along Emery Street, and new platforms for loading and unloading passengers have been built at the terminal. The remainder of the new terminal will be completed over the coming months.

During construction of the terminal, SEPTA riders have been relocated to a temporary terminal on Allegheny Avenue near Richmond Street.

Installation of poles that will hold the trolley line’s catenary wires (which supply power to the trolleys) is working its way from south-to-north across the Richmond Street project area, along with installation of new, decorative LED streetlight poles. This phase of the project also is expected to finish late this year. 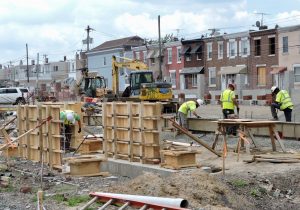 PennDOT is also planting an estimated 60 new trees along the Richmond Street project area beginning this fall and finishing next spring.

Richmond Street construction began in early 2018 with utility installations and relocations in the project area. Over the course of that first year of construction on the $32 million project, new gas and water mains were installed and connected to the properties along the Richmond Street corridor, and numerous other utility lines and wires have been relocated to accommodate the improvements.

Then in early 2019, crews returned to the southern end of the project and began the next major stage of the project. First, new sidewalks and curbs were built, then the outer edges of Richmond Street were reconstructed. By about mid-year, yet another crew returned to the southern end of the work area and began installing two sets of trolley rails as part of reconstruction of the middle section of the roadway under the final stage of the project. 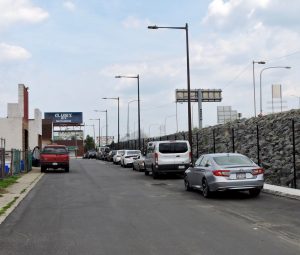 An additional residential parking area for Richmond Street residents was also installed and is now available on reconstructed Melvale Street (right), which runs parallel to Richmond Street, adjacent to I-95 between Clearfield Avenue and Wishart Street.

Most of the work on the Richmond Street project has progressed from south-to-north beginning at Ann Street, and construction was limited to several blocks at-a-time to minimize disruption to residents and businesses.