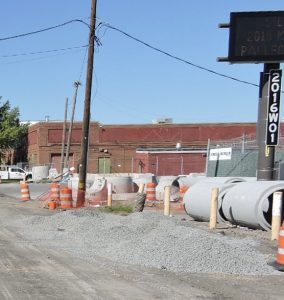 January 5, 2023 – Work continues this winter on the reconstruction of Allegheny Avenue between Richmond Street and Delaware Avenue in Port Richmond as the contractor installs a new, 42-inch storm sewer under the westbound side of Allegheny Avenue (see right). The work is part of PennDOT’s $312 million I-95/AF2 project.

Eastbound Allegheny Avenue traffic will continue to be detoured to Richmond Street, Castor Avenue, and Delaware Avenue for the duration of this construction phase. 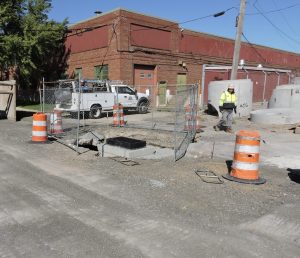 Additional work on the AF2 project that will be done this year includes installation of a section of storm sewer under the railroad tracks at the Allegheny/Delaware avenue intersection and completion of improvements at that intersection, and improvements to Allegheny Avenue between I-95 and Richmond Street. 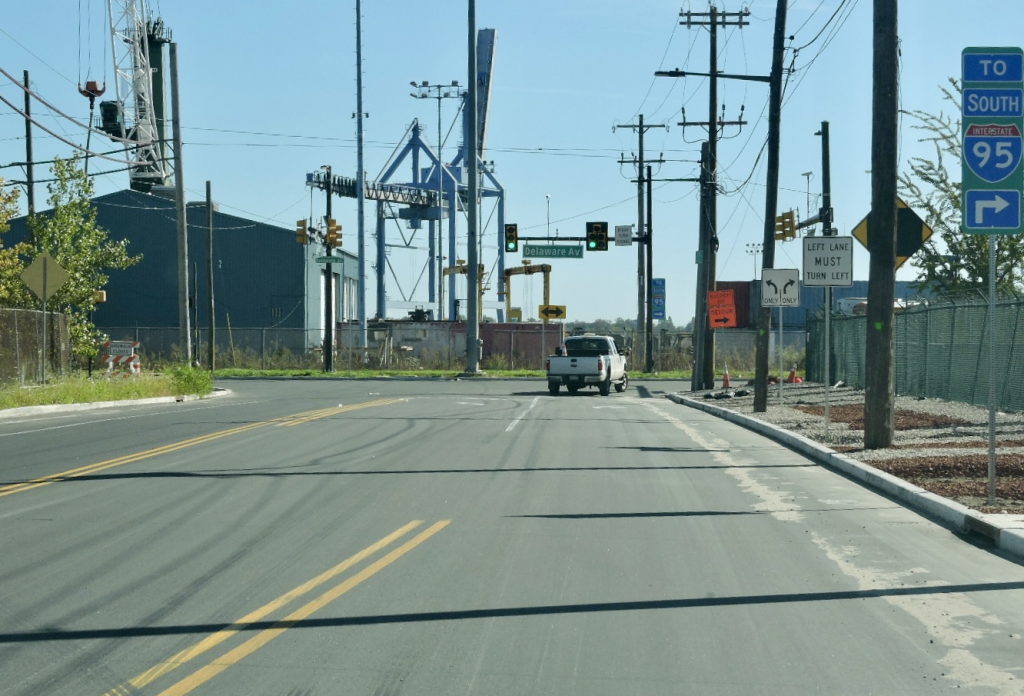 In addition, PennDOT has completed stockpiling of fill dirt at Monkiewicz Playground on Richmond Street between Allegheny Avenue and Westmoreland Street. The stabilized dirt mounds have been placed on the Temporary Construction Easements along Richmond and Bath streets that were secured by PennDOT for use during I-95 construction. Additional stockpiles were also placed in other areas of the playground at the request of the City’s Department of Parks and Recreation for use as a cover over the contaminated soil that closed the Playground a number of years ago.

AF2 construction is expected to be completed in late 2023. James J. Anderson Construction, of Philadelphia, is the general contractor.