July 14, 2022 – The reconstruction of eastbound Castor Avenue between Richmond Street and the Interstate 95 on-ramp in Philadelphia was completed (see below) in April and the ramp, which had been closed during this work, reopened. 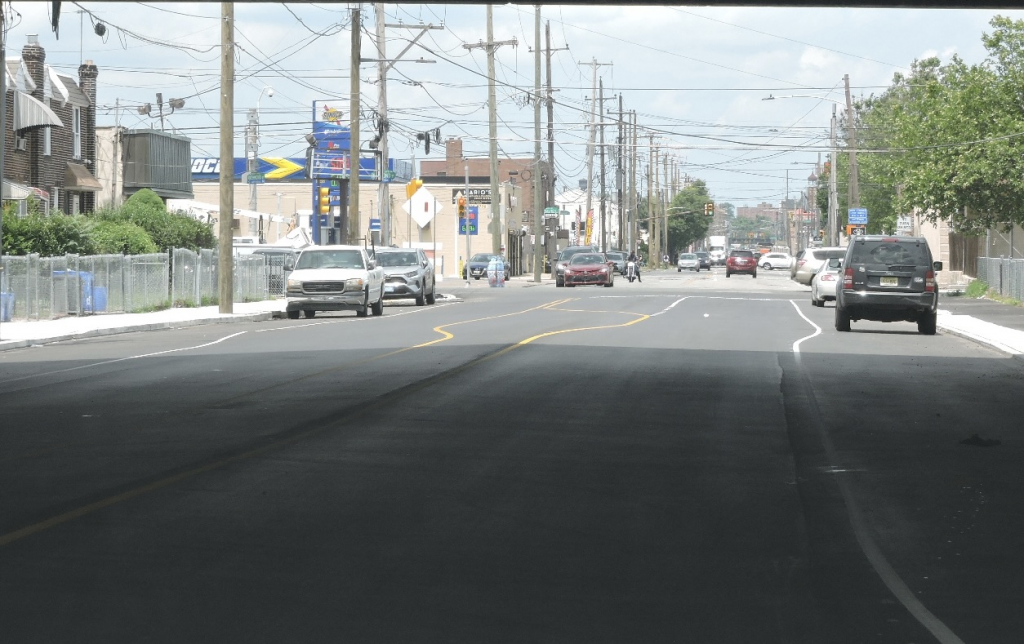 Following work on the eastbound side, reconstruction got underway on the westbound side of Castor Avenue between Delaware Avenue and the I-95 North ramp and will continue this summer.

The intersection of Castor Avenue and Delaware Avenue was closed for reconstruction in early July. Motorists are detoured on Allegheny Avenue, Richmond Street, and Lewis Street during this work. Local access will be maintained up to the intersection.

Reconstruction of both sides of Delaware Avenue between Castor and Allegheny avenues has been substantially completed, with only the final wearing course remaining to be paved this summer (see below). 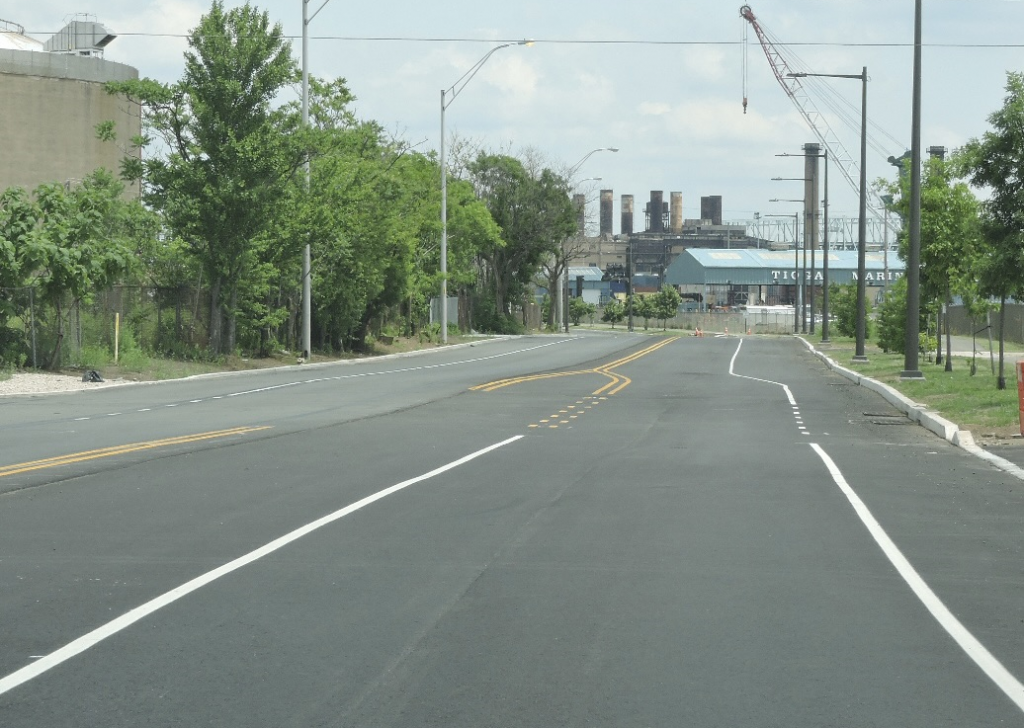 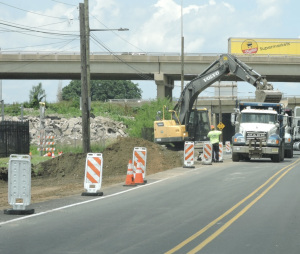 The contractor has installed temporary traffic patterns on Allegheny, Castor, and Delaware avenues for the current stage of work. Improving these surface streets in Port Richmond under the I-95/AF2 contract will improve traffic movement to and from the I-95/Allegheny Avenue Interchange. The interchange will be improved under subsequent projects to rebuild northbound (Section AF3) and southbound (Section AF4) I-95 at the interchange.

In addition, PennDOT has finished storing fill dirt at Monkiewicz Playground on Richmond Street between Allegheny Avenue and Westmoreland Street. The dirt mounds have been placed on the Temporary Construction Easements along Richmond and Bath streets that were secured by PennDOT for use during I-95 construction. PennDOT is working with the City’s Department of Parks and Recreation to potentially use the dirt to cover the contaminated soil that closed the Playground a number of years ago.