July 27, 2020 – Completion of paving between Westmoreland Street and Allegheny Avenue, traffic signal upgrades, installation of catenary wires for the SEPTA Route15 trolley, tree plantings, and punch list items over the coming months will bring PennDOT’s $32 million project to reconstruct and improve Richmond Street in the vicinity of the Interstate 95 Allegheny Avenue Interchange in Port Richmond to a close after more than two years of construction. 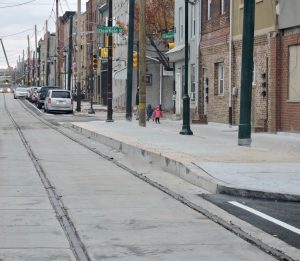 Contractors had completed most of the major construction items under the I-95 AF1 project prior to the six-week work shutdown in March and April due to the COVID-19 virus and returned in May to wrap up work on the improvements. Work resumed under a COVID-19 Safety Plan that mandated numerous protocols for social distancing, the use of personal protective equipment, and other measures designed to enhance worker safety.

While most of the remaining construction items will be finished this summer, including some 60 trees that have been planted in sidewalk boxes within the AF1 project area, completion of a number of post-construction “punch list” items will extend into the fall months.

Richmond Street will be reopened to the southbound motorists between Westmoreland and Ann streets at the completion of paving in the vicinity of the terminal this summer. 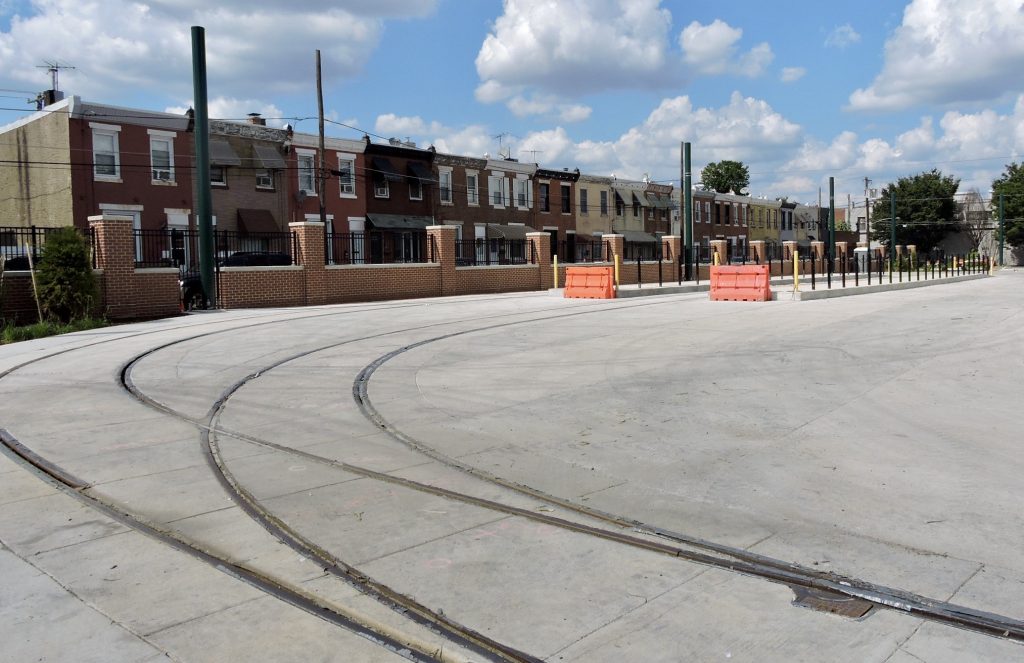 At the rebuilt and improved Westmoreland Loop terminal north of Allegheny Avenue, SEPTA will then finish a number of tasks before reopening the terminal. (Check with SEPTA — www.septa.org, (215) 580-7800 — for more details or with questions regarding SEPTA service.) 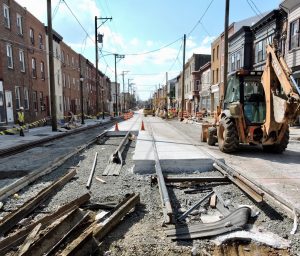 Richmond Street construction began in early 2018 with utility installations and relocations in the project are between Ann Street and Westmoreland Street. Over the course of that first year of work, new gas and water mains were installed and connected to the properties along the Richmond Street corridor, and numerous other utility lines and wires were relocated to accommodate the improvements.

In early 2019, crews started work on the second major stage of the project. New sidewalks, curbs and curb ramps were built, and the outer edges of Richmond Street were reconstructed. By about mid-year, installation began on two sets of the new trolley rails that were placed and secured with concrete pavement down the middle of the roadway.

Additional residential parking was installed on reconstructed Melvale Street, which runs parallel to Richmond Street adjacent to I-95 between Clearfield Avenue and Wishart Street, and along Emery Street opposite the SEPTA terminal.

Richmond Street improvements, Section AF1, are the first part of PennDOT’s overall project to reconstruct I-95 at the Allegheny Avenue Interchange and improve traffic flow on surface streets in the area of the interchange.

AF1 construction will be followed by a second surface street project, AF2, that will improve sections of Delaware Avenue, Allegheny Avenue, and Castor Avenue. AF2 is tentatively scheduled for construction beginning in 2021.

Residents may continue to call PennDOT’s I-95 Construction Help Line (215-513-1399) or email info@95revive.com with questions about this or any other project to reconstruct I-95 in Pennsylvania.