November 1, 2022 – Following the substantially completed construction on sections of Castor (see below) and Delaware avenues this summer, the contractor has begun reconstruction of Allegheny Avenue to mark the next phase of PennDOT’s $31.2 million I-95/AF2 project. 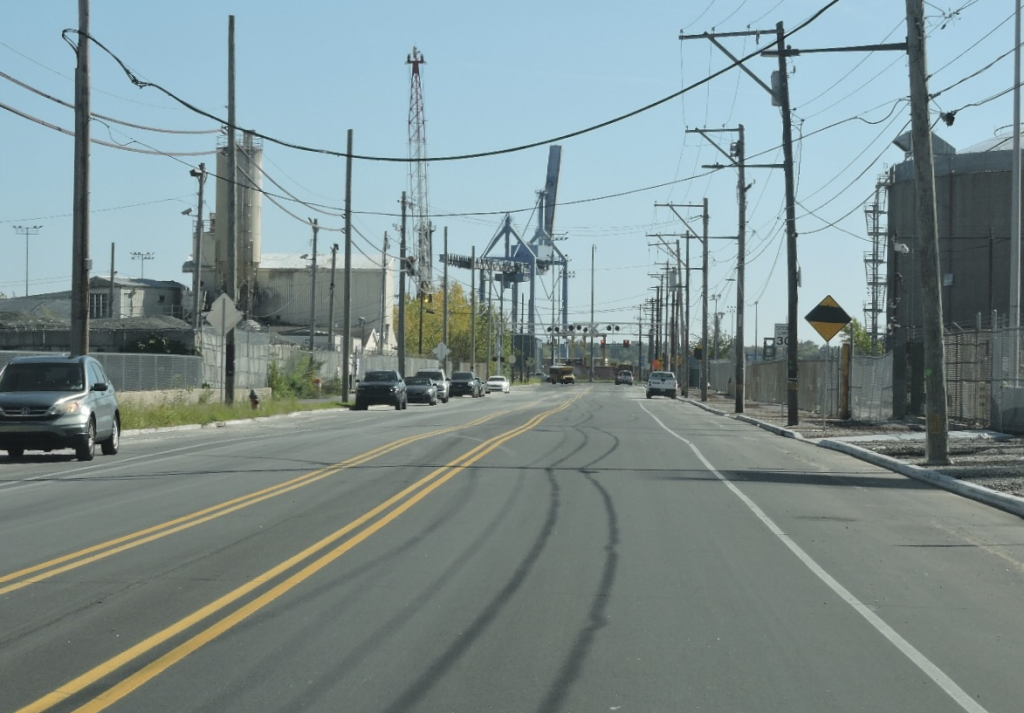 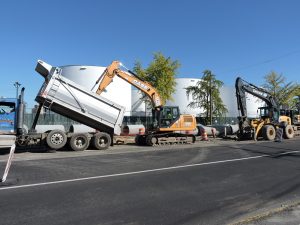 Eastbound Allegheny Avenue is being detoured to Richmond Street, Castor Avenue, and Delaware Avenue during this phase of construction. Following the completion of work on the eastbound side, westbound traffic was shifted onto the rebuilt eastbound side to allow crews to reconstruct the westbound side of the avenue (see below).

The contractor has completed the reconstruction of Castor, and Delaware avenues in the AF2 work zone. Improving these surface streets in Port Richmond will improve traffic movement to and from the I-95/Allegheny Avenue Interchange. The interchange will be improved under subsequent projects to rebuild northbound (Section AF3) and southbound (Section AF4) I-95 at the interchange. 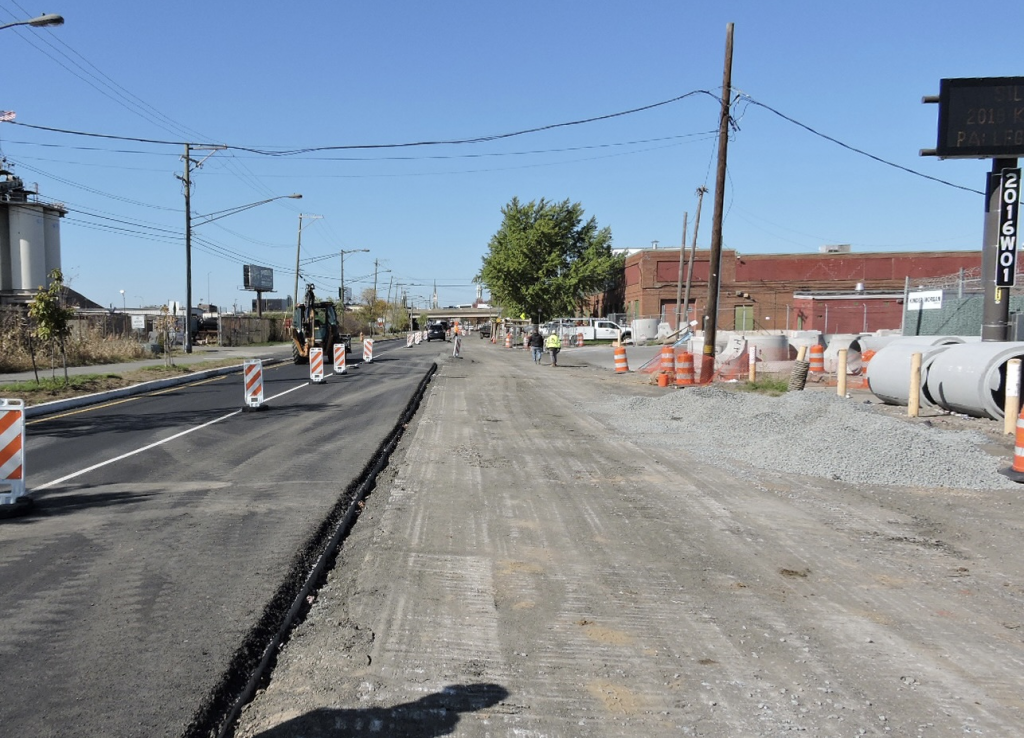 In addition, PennDOT is storing fill dirt at Monkiewicz Playground on Richmond Street between Allegheny Avenue and Westmoreland Street. The dirt mounds are being placed on the Temporary Construction Easements along Richmond and Bath streets that were secured by PennDOT for use during I-95 construction. Additional stockpiles are also being placed in other areas of the playground at the request of the City’s Department of Parks and Recreation for use as a cover over the contaminated soil that closed the Playground’s fields a number of years ago.