Reconstruct and improve three miles of I-95 between the I-676 and Allegheny Avenue interchanges, including the Girard Avenue Interchange. 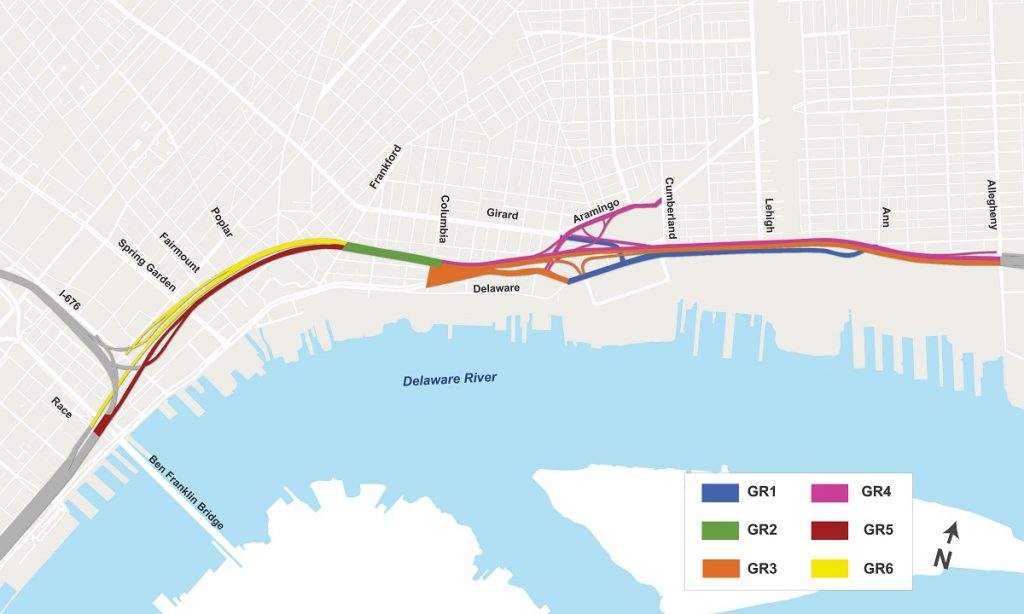 Reconstruction of Interstate 95 at the Girard Avenue Interchange (I-95/GIR) encompasses the area from Allegheny Avenue south through the Interstate 676 Interchange at Race Street.

Four of the seven project sections of reconstruction at the Girard Avenue Interchange have been substantially completed (GR0, 1, 2, 3). Section GR4 is under construction through 2022. Sections GR5 and GR6 will go to construction separately following completion of GR4.

Construction began in 2009 with GR0 and temporary improvements to the southbound off-ramp at Aramingo Avenue. PennDOT has since: relocated and significantly improved a stretch of Richmond Street to make way for total reconstruction of the new northbound viaduct; demolished and rebuilt the northbound viaduct between Palmer and Ann streets; reconstructed the northbound at-grade pavement between Ann Street and the Allegheny Avenue off-ramp; and finished rebuilding and improving a 1,200-foot section of I-95 between Palmer Street and Frankford Avenue at the southern end of the interchange. These improvements were done under sections GR0, GR1, GR2, and GR3.

Project sections GR5 and GR6 will rebuild northbound and southbound I-95 between Frankford Avenue and Race Street, near the approach to I-676. Completion of these sections will finish construction on the overall Girard Avenue Interchange project in 2029 or later.

Section GR0 included construction of a temporary southbound off-ramp and realignment of Aramingo Avenue at the interchange. 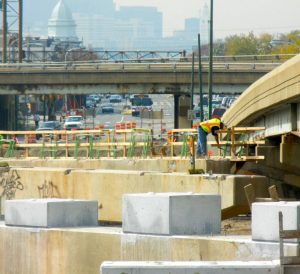 Section GR2 included reconstruction and widening of 1,200 feet of I-95 from Palmer Street to Frankford Avenue, including new bridges over Columbia Avenue, Marlborough Street, and Shackamaxon Street.