PennDOT Completes Second Contract to Improve I-95/Cottman Avenue Interchange
January 2018 - Work has been substantially completed on a $212.3 million in improvements to Interstate 95 at the Cottman Avenue (Route 73) Interchange. 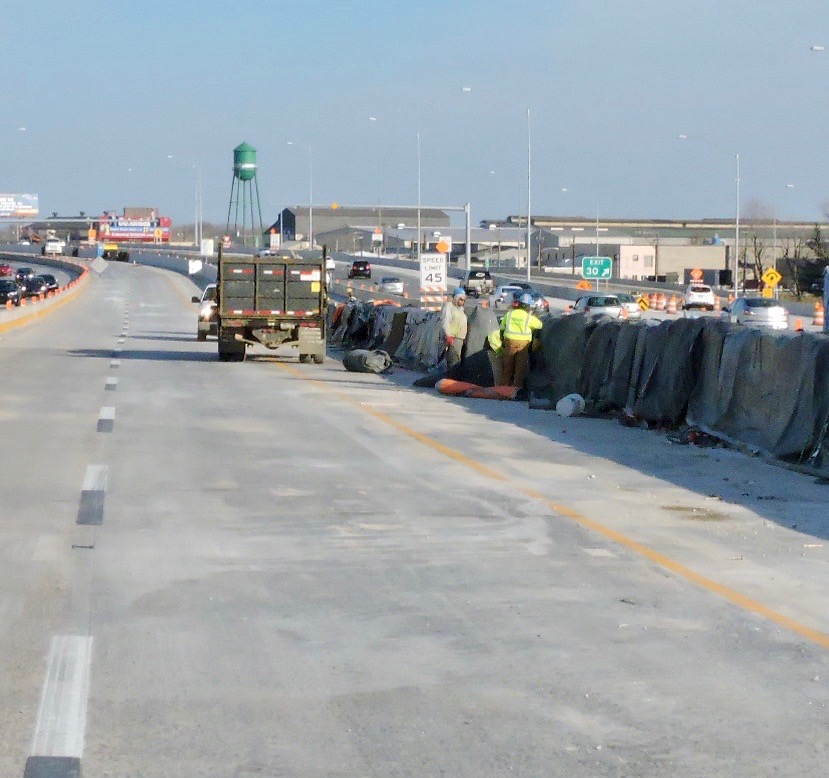 Under construction since late 2012, the project, Section CP2, rebuilt and widened northbound and southbound I-95 to include a fourth lane in each direction from just north of Bleigh Avenue, at the interchange, to Levick Street, just north of the Bridge Street exit.

In addition, mainline I-95 bridges over Bleigh, Cottman, Princeton, Longshore, Magee and Unruh avenues and New State Road were widened and rebuilt, as were the northbound  on- and off-ramps at Cottman Avenue and Princeton Avenue, and the southbound off-ramp at Bleigh Avenue. 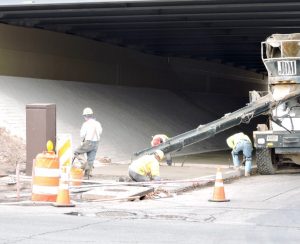 Improvements also were completed on surface streets under each of the bridges, including installation of sidewalks, pedestrian-friendly LED lighting, and stamped-concrete abutment walls depicting icons of the industrial heritage of adjoining neighborhoods. The surface street improvements were guided by the I-95 Sustainable Actions Committee, which held community meetings during the design phase of the project to develop “quality of life” improvements that were included in the construction contracts.

Segments of an 84”-diameter water main and 126” sewer main were replaced along the west side of the interstate between Bleigh and Princeton avenues.

Section CP2 construction followed the completion of improvements to the interchange area under the initial, $34 million Section CP1 contract that were built between 2009 and 2012. Among Section CP1 improvements were:

A third and final contract, Section CP3, will finish PennDOT’s improvements at the interchange with construction of a new southbound on-ramp from Cottman Avenue and completion of the installation of the large water and sewer mains on the west side of I-95. Section CP3 remains under design and scheduled for construction in late 2020 or early 2021.